Getting to Puerto Maldonado from Cusco is easy with many different companies offering daily flights from the Imperial Inca city. Machu Travel Peru counts with interesting Amazon tours from Cusco which offer you all you need to see in the area and once there the bird lovers among you will take pleasure in the abundance of fauna it offers. 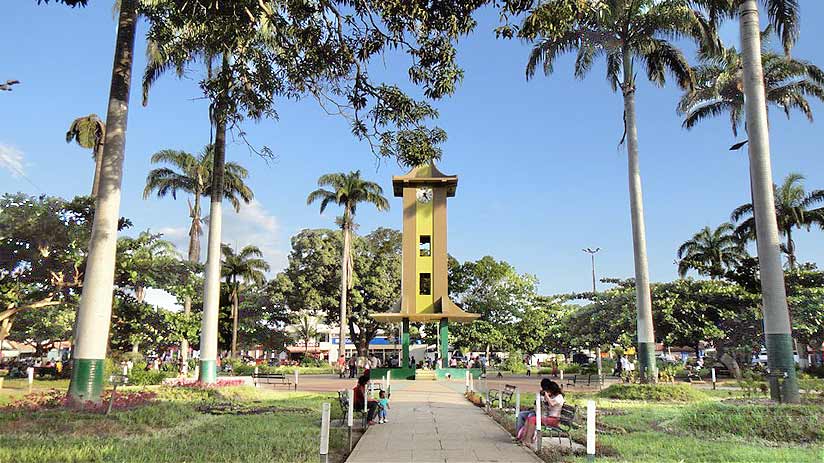 There are literally hundreds of bird species that live in the rich rainforest of southeast Peru. From the canopy towers that are featured in many of the jungle lodges on the shores of the Madre de Dios River, you will have the best advantage point to see many different birds. Also from the lodges, it is possible to take boat trips down the river to see many different species in flight.

Some of the species you may see are:

The Orinoco Goose, this colorful bird is one of the few species of waterfowl that live in the Tambopata region. This typically shy bird is hard to spot but it is more frequent along the shores of the Tambopata river. 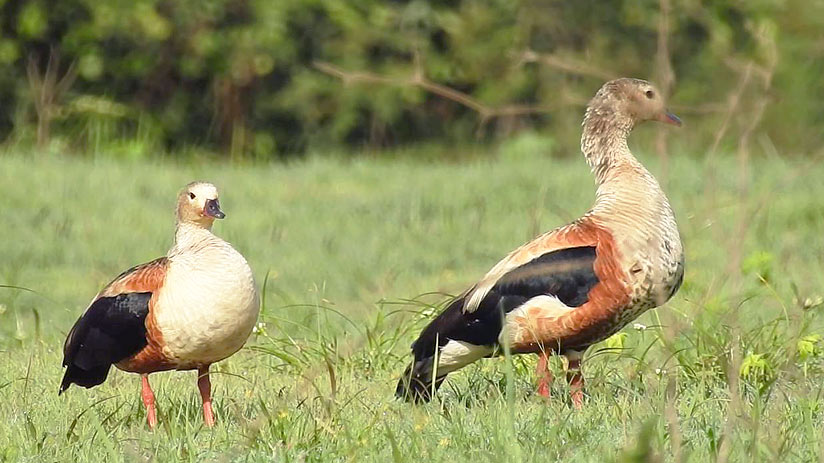 The Black Caracara, a striking raptor is often seen patrolling the riverbanks for small animals and fish. 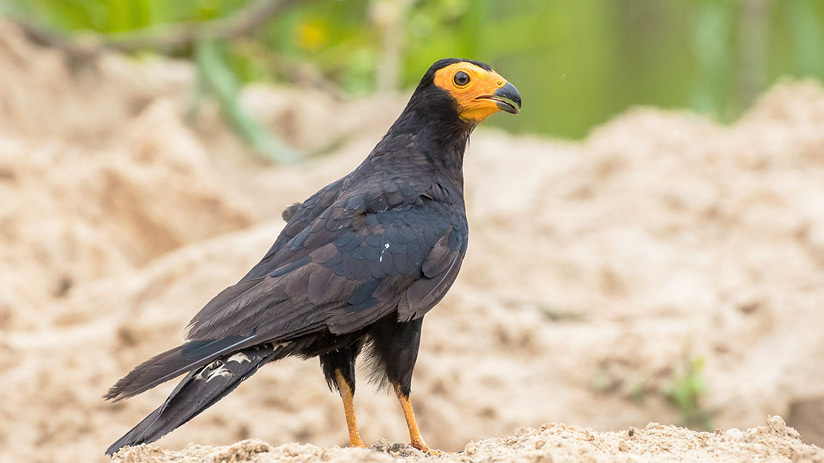 The Bat Falcon, this small falcon perches on the edges of the river to hunt. When other small birds enter its territory, it is able to catch its prey with rapid precision. 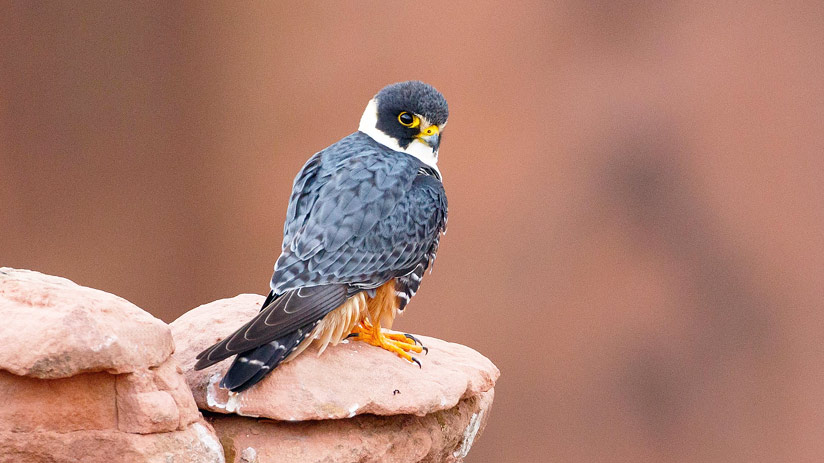 The Scarlet Macaw, this and other parrots offer a spectacular scene flying over the river, they are more likely to be seen in the early afternoon or the late afternoon. Try to look for a lodge that visits a Macaw lick, where the birds gather to eat the clay walls. 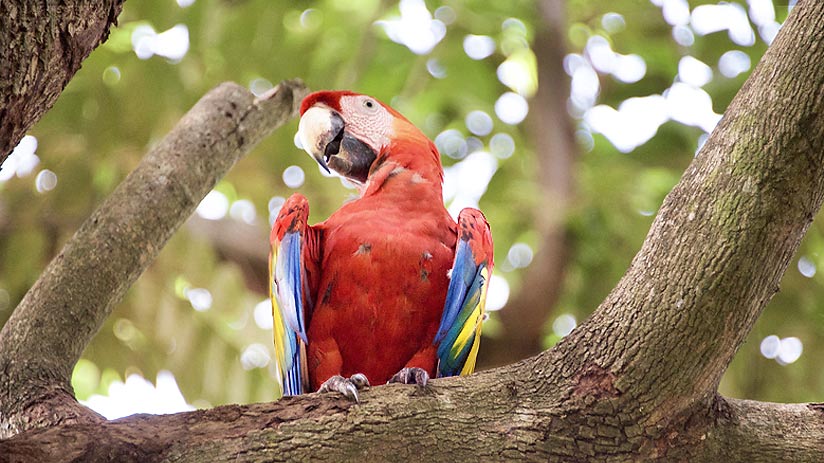 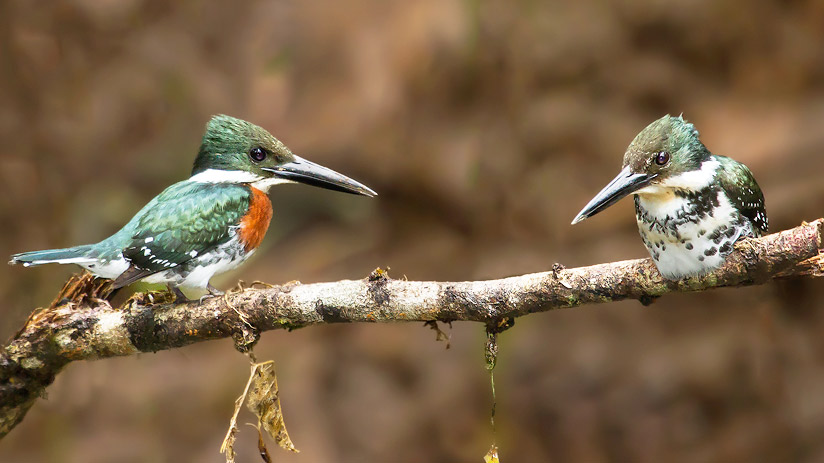 Over 1,300 bird species can be found in the Amazon. From hyperactive hummingbirds whizzing through the air to colorful toucans eating fruit from the trees, the Amazon is characterized by a number of fantastic species found nowhere else in the world.

Unfortunately, clear-cutting and other human activities resulting in deforestation threaten the survival of Amazonian birds. As the rainforest decreases in size, so does precious habitat. In Peru, gold mines in the Amazon have expanded 400 percent in less than 15 years, resulting in mass deforestation. 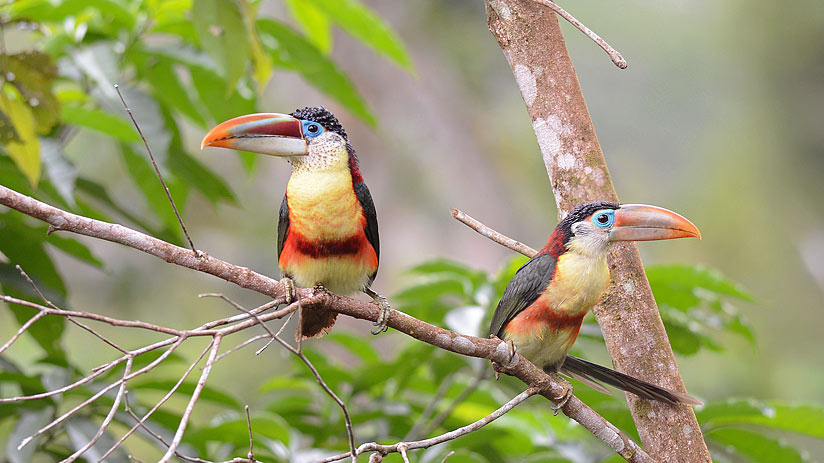 Much of the land that is deforested due to human activities is abandoned after 5 to 10 years. The Amazon now contains vast areas of secondary forest or forests regrown after major disturbances. According to some studies, birds that have been trapped in small areas surrounded by disturbed lands have begun to move between areas of primary growth and secondary growth.

Created in January 1990, the Tambopata National Reserve helps to protect the rainforest, the rivers, and the important ecosystems of the area. Tambopata is noted for its biodiversity with native flora and fauna, there are also 41 families of trees, 103 species of mammals and 1300 species of butterflies and 90 species of amphibians.

The average temperature is 26C with an average annual rainfall of 1600 to 2400 mm. Humidity is high as you would expect in the jungle and the region has a dry and a wet season. 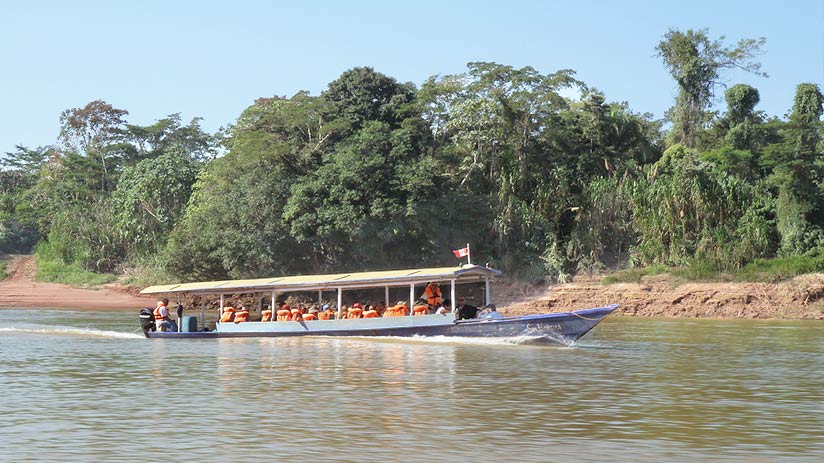 Peru Amazon is one of the most naturally beautiful areas in the Andean country. The Peruvian Amazon tours allow you to experience all the areas it has to offer. There are many different jungle lodges that feature bird watching tours, along with piranha fishing, jungle walks, canopy tours, night river excursion to see the caiman, and many more activities to fill your day. Most of the lodges are built in the jungle cabin style and all feature beds with netting to keep insects away while you are sleeping. Be sure to try some of the local cuisine, which features fish sourced from the rivers.

The birds in Tambopata are among the most beautiful species on the planet. The lack of human presence has done wonders for the conservation of the rainforest but the area remains one of the most threatened in all of South America. Let us hope that governments of South America will work together to help protect the Amazon for future generations and that the population of birds of the Tambopata area continues to grow.

If you are a bird lover, do not forget to include the Peruvian jungle as part of your next tour to Peru.