Coricancha: Temple of the Sun

Being able to walk in the narrow streets of the Imperial City is like visiting an open-air museum. Most of the Cusco buildings have significant historical and cultural connotations. Among the different buildings, the religious complex known as Coricancha was one of the most sacred and vital temples during the time of the Inca Empire. It was geographically located in the middle of the city, but it was also the religious and political center of the Imperial City. Today, it is one of the most surprising tourist spots that you can find on a guided tour of the city. Its architecture is a clear example of the passage of the Spanish in the ancient Inca city, as well as a cultural treasure to appreciate. For this reason, together with the travel experts of Machu Travel Peru, we have prepared a small article about the beautiful Temple of the Sun so that you know all the details and history of this iconic site.

EVERYTHING YOU NEED TO KNOW ABOUT CORICANCHA 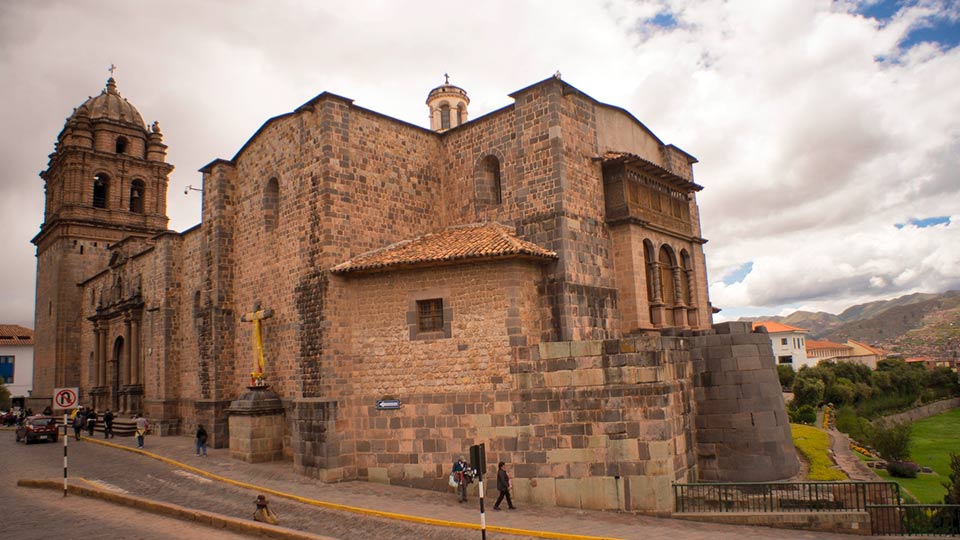 The ancient temple of Coricancha was one of the most important religious temples during the rise of the Inca Empire. Coricancha means “Golden Temple” in the ancient Quechua language because, in ancient times, all the walls and gardens were surrounded by gold and precious metals that made the place shine. The Temple was dedicated to the most important gods of the Inca Empire, such as Viracocha, the goddess of the Moon “Quilla”, and especially the Sun God “Inti”. Today, only the foundations of that ancient and beautiful Temple remain because when the Spaniards arrived, they not only took charge of looting all the valuables but also built on the same temple. Despite this, today, the Coricancha is one of the Cusco top attractions and an unmissable destination within the Cusco tourist map. The harmonious mixture of the ancient Inca walls with the colonial architecture of the Spaniards gives a unique touch to this building. It is an unmissable point for every tourist looking to know Cusco and its original essence. 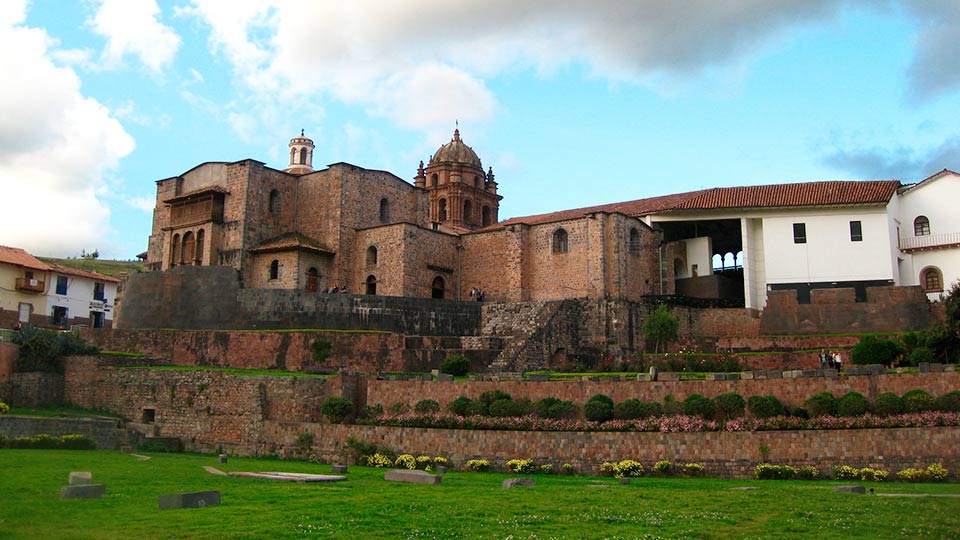 Like most temples built during the rise of the Inca Empire, the Coricancha was constructed with stones carved with incomparable precision and assembled without the need for mortar. Because it was intended for the worship of the Sun God Inti, all its walls were covered with gold plates. Also, in the interior and its gardens, you could appreciate different sculptures of the deities made of silver, gold, and other precious metals. Before the arrival of the conquerors, the entire complex had numerous rooms, and each of these had different functions. After the arrival of the conquistadores, the temple was destroyed and looted to later build on its foundations, the Christian monastery of Santo Domingo, in an apparent attempt to replace religion. Today, you can visit the Santo Domingo Convent to learn about the critical history of the Coricancha site. It is one of the best things to do around Cusco and one of the must-see places if you plan to visit the city.

WHERE IS CORICANCHA LOCATED? 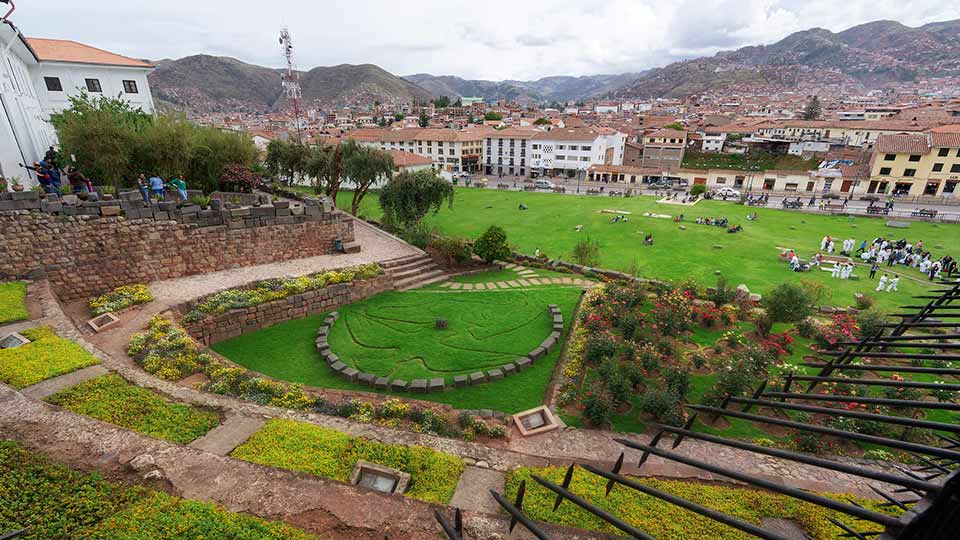 The Coricancha Temple is located within the heart of Cusco City, to be exact in the historic center of the City. It is located between the intersection of Avenida El Sol and Santo Domingo streets. It is very easy to get to Coricancha; you can get there from the Cusco main square heading towards Avenida El Sol and walking no more than approximately 400 meters. Then you will arrive at the archaeological site recognizable from a distance along with the Santo Domingo street. Another option is to simply take a taxi and indicate that you want to get to Coricancha. Even some buses tend to stop very near to the entrance, so you can also take advantage of local transport. 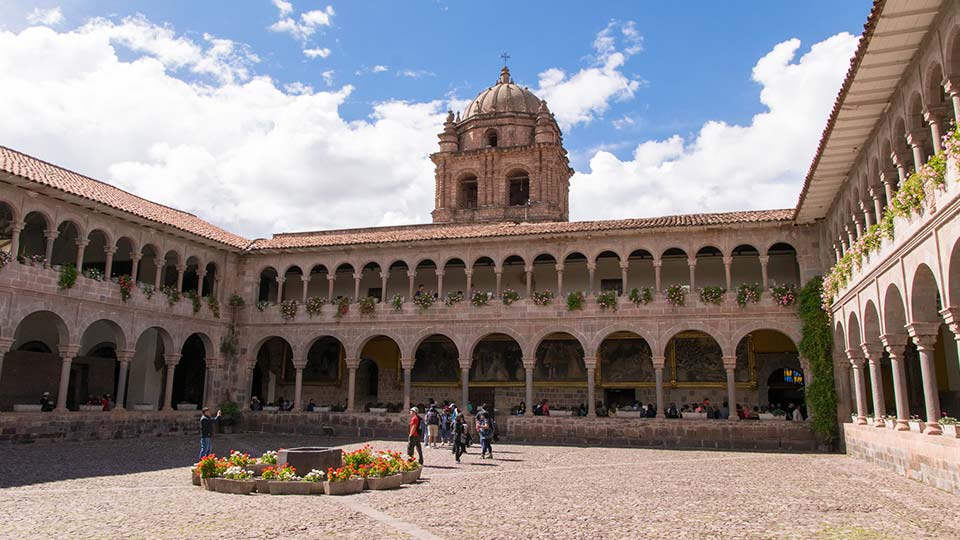 The Incas built the Coricancha using the techniques and architectural styles common to them, and that can be seen repeated in other archaeological sites. Some of its most prominent styles include the trapezoidal shape of its structures, the vertical inclination of the walls, irregular shapes, and rounded edges, among others. All the stones used are of autochthonous origin and include diorite, andesite, and calcareous rocks. The entire Coricancha is a clear example of the excellent stonework that the Incas previously dominated. One of the most impressive characteristics of the Coricancha and the Inca buildings themselves is their ability to withstand natural disasters such as earthquakes. But one of the best attributes of the Coricancha today is its evident fusion of these two opposite worlds that were known.

After the looting and destruction of the Temple, the Spaniards began to build the Church of Santo Domingo on the foundations. The architecture of the Church is of apparent Spanish and colonial influence with specific Baroque details. This harmonious mixture of Inca architecture, together with that of the Emerging Republic, shows the clear need for the Spanish to evangelize and establish their belief system at the time. You can check our other Cusco travel tips and get to know other amazing places within one of our guided tours of the city. 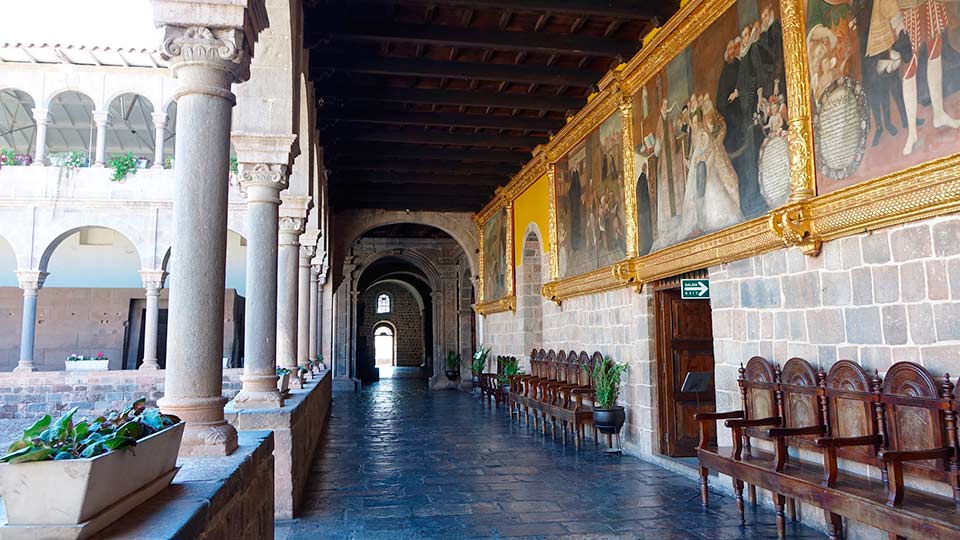 You can visit the Coricancha through a guided tour of the city, buying the Cusco Tourist Ticket or merely going to the Temple on your own and buying your entrance ticket at the door. The direct entry ticket to the Coricancha costs about 15 soles, so you have no excuse to miss out on this fantastic site. At the same time, the Cusco Tourist Ticket allows you to visit a great variety of significant places in the Imperial City and its surroundings. In itself, it is very straightforward to access, and you won’t have to worry about anything. If you wonder whether Cusco is safe to travel, you don’t have to worry. The City is continually taking security measures for tourists and travelers. As long as you are cautious, there is no reason not to enjoy this fantastic Ancestral City.

“I HAVEN’T BEEN EVERYWHERE, BUT IT’S ON MY LIST”

As you can see, the Coricancha is a must-see for newcomers. We hope together with Machu Travel Peru to have clarified everything about the renowned Coricancha. If you wish, you can start to find out about our private tours of the city with our qualified advisers.