Historical buildings and structures in Lima

The capital of Peru is an excellent base to start numerous adventures within the country. And being one of the first cities in Latin America, it is not surprising that some historic buildings of great importance can be found. The city has imposing colonial architecture, and a large part of it can be seen in the buildings around the Plaza de Armas. These constructions form an important part of the history and culture of Peru. For this reason, together with the travel experts of Machu Travel Peru, we have prepared a list of the most popular and important buildings in Lima. Join us to get to know some of the most amazing buildings in Lima. 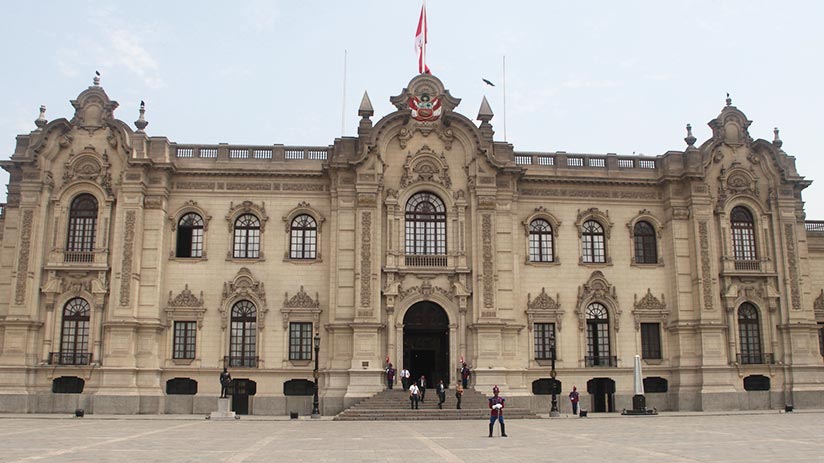 The Presidential Palace, as its name implies, is the home of the incumbent president of Peru. This historic building was built on the ruins of the old palace of Francisco Pizarro, which after his assassination functioned as the first palace of the Spanish viceroy in Lima. The building can be located just on the north side of the Plaza de Armas in Lima. Inside you can see a well-kept garden on the ground and a series of patios, corridors, and rooms dedicated to notable figures in Peruvian history. Visits to the palace can be arranged but in advance. 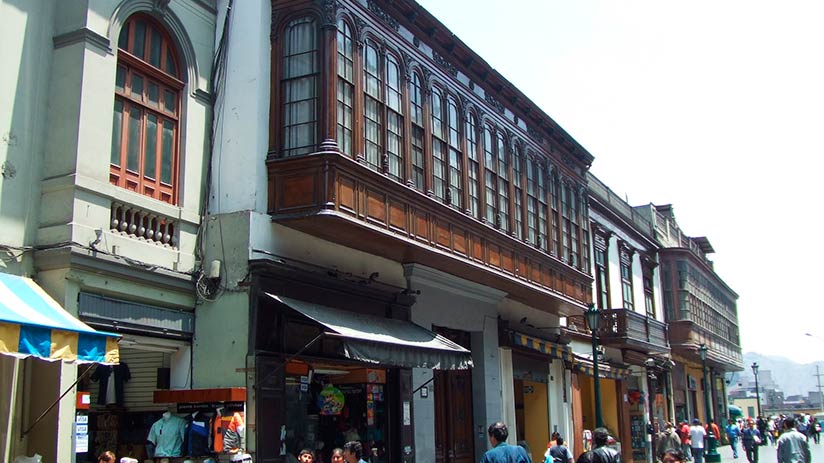 When we talk about historical buildings, the Casa de Aliaga is one of its most incredible exponents. This is one of the oldest colonial mansions in Lima, dating back to the 16th century. The house, as the name implies, was owned by the Aliaga family. The building is a testament to the beauty and great architectural skill that could be found in colonial times. 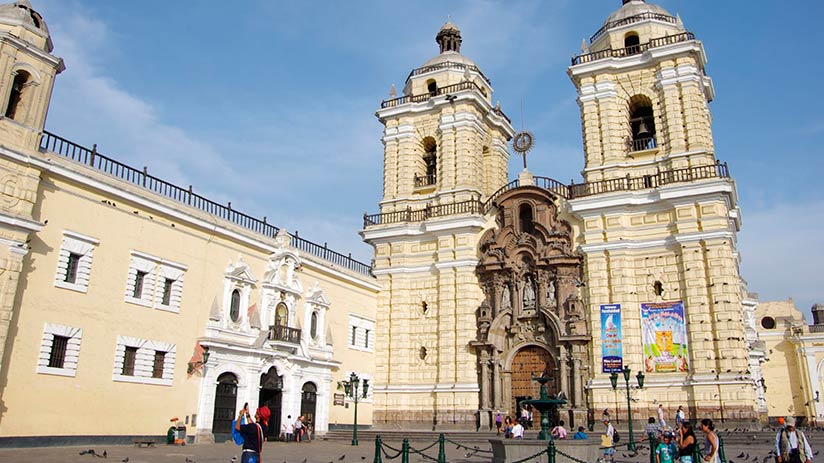 After the cathedral of Lima, the most important place of worship is the Church and Monastery of San Francisco. This impressive historic building was completed in 1774 but suffered extensive damage over the years from different earthquakes. Despite this, it was rebuilt and renovated in the 20th century. The place can be recognized for its clear Spanish Baroque architecture, its church, convent, a renowned library, its catacombs located under the building, and a museum of religious art. Visiting this site is one of the best things to see in Lima. 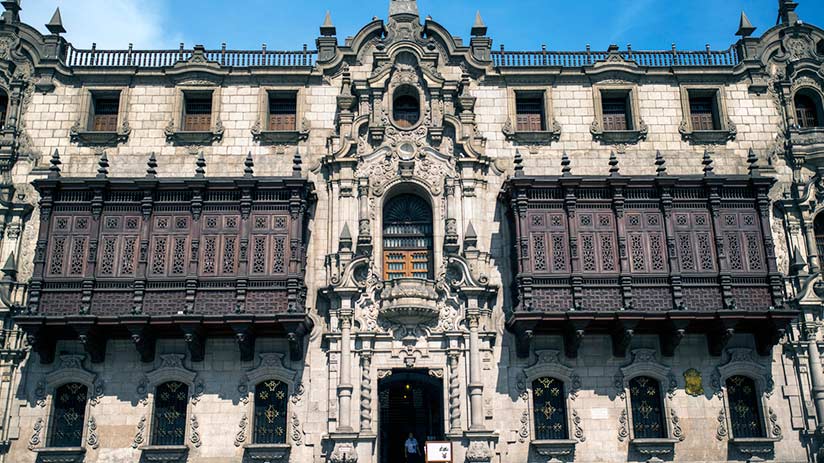 Right next to the cathedral is the Archbishop’s Palace, located in front of the Plaza de Armas in Lima. This historic building represents the Spanish colonial rule, hence its strategic location in the Plaza de Armas. The construction of the Palace began shortly after the founding of the city in 1535. Today the place is home to the Archbishop of Peru, as well as the administrative headquarters of the Roman Catholic Archdiocese of Lima. In our Lima travel guide, we highly recommend that you visit this incredible building. 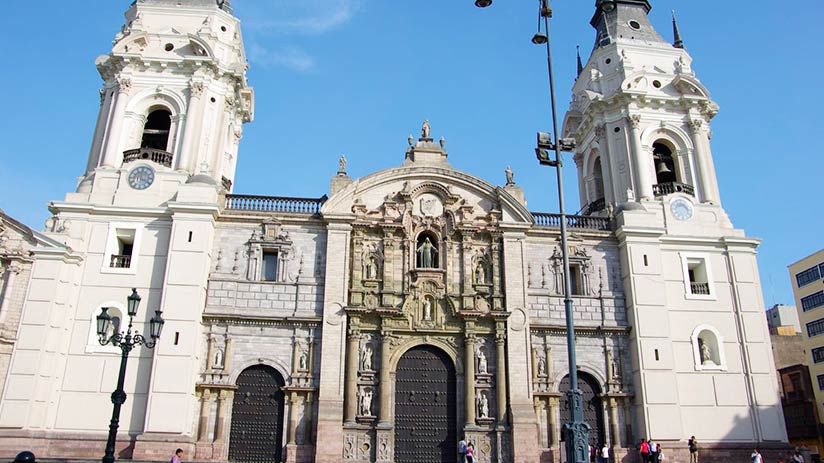 The construction of the Cathedral began the same day as the foundation of Lima. The conqueror Francisco Pizarro was in charge of laying the first stone that would start its construction. Since its inception, this historic building has undergone numerous reconstructions and renovations due to earthquakes. Inside, the choir stalls and a carved ivory Christ stand out. Inside you can also find the crypt where the remains of the conqueror Francisco Pizarro are located. Most likely, within the different tours in Peru, you can appreciate this incredible place. 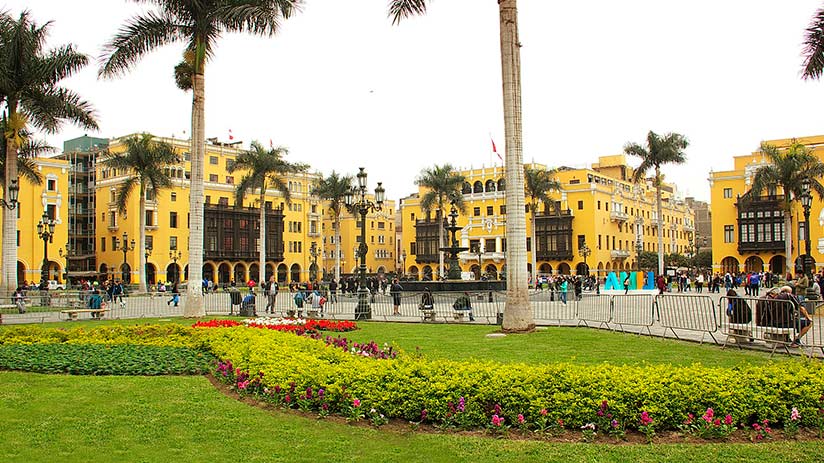 The Plaza Mayor or Plaza de Armas of Lima is the main urban center of the city. It is the founding site of the city of Lima and was founded by Francisco Pizarro on January 18, 1535. In its perimeter, it houses the main historical buildings of the Peruvian capital. Today it is one of the most important tourist attractions in the historic center of Lima. After enjoying one of the long day trips from Lima, relaxing in the surroundings of the Plaza can be one of the best things to do. 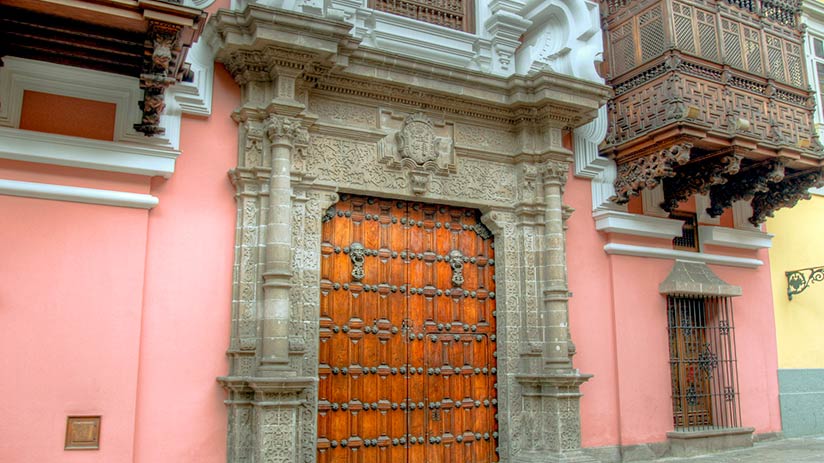 This historic building is considered one of the most exquisite examples of colonial architecture. The mansion was built in 1730 by Jose B. Tagle, former treasurer of the Royal Spanish Fleet and Marquis of Torre Tagle. One of its most notable features is its carved balconies that can be seen from the street. Currently the palace functions as the headquarters of the Ministry of Foreign Affairs of Peru. 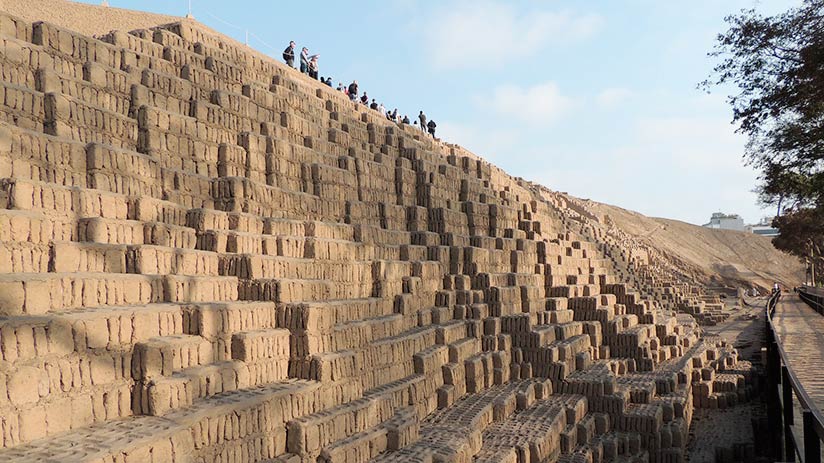 Although it is not necessarily considered a building in Lima, the Huaca Pucllana is an archaeological site with a lot of history behind it. This adobe and clay pyramid is located in the middle of the touristy neighborhood of Miraflores. In addition to the pyramid, the site is surrounded by a complex of smaller environments. The monumentality of this ancient construction makes a great contrast to the commercial businesses that surround the archaeological site. You can visit it during day and night, as well as enjoy its spectacular restaurant. If the ruins around Lima are to your liking, try visiting the Pachacamac ruins on the outskirts of the city.

“OUR HAPPIEST MOMENTS AS TOURISTS ALWAYS SEEM TO COME WHEN WE STUMBLE UPON ONE THING WHILE IN PURSUIT OF SOMETHING ELSE.”

We hope together with the experts of Machu Travel Peru to have helped you in your future visit to Peru. These buildings are just some of the most popular examples that for nothing in the world you can miss out on visiting them. But the truth is that being one of the oldest cities in Latin America, there are plenty of historic buildings.