How the Nazca Lines were made

If you want to live the experience of seeing the Nazca lines, check this: Nazca Lines Experience

The mysterious Nazca Lines are found in the middle of the desert of southern Peru, located just outside the city of Nazca. To date, these lines remain a mystery to scientists. No one seems to know why they were made and what they were for. Fortunately, the only thing that experts can agree on is how the Nazca Lines were made. Live the experience of knowing the Nazca Lines thanks to our Peru travel packages. As usual, knowing exactly about real things from the past is almost impossible. Scientists and archaeologists can only guess the origin of some archaeological complexes and ancient objects. Even when they do their best, they only have similar opinions and research on how the Nazca Lines were made. Therefore, together with the experts from Machu Travel Peru, we have prepared a small article about how the Nazca lines were made.

WHAT ARE THE NAZCA LINES? 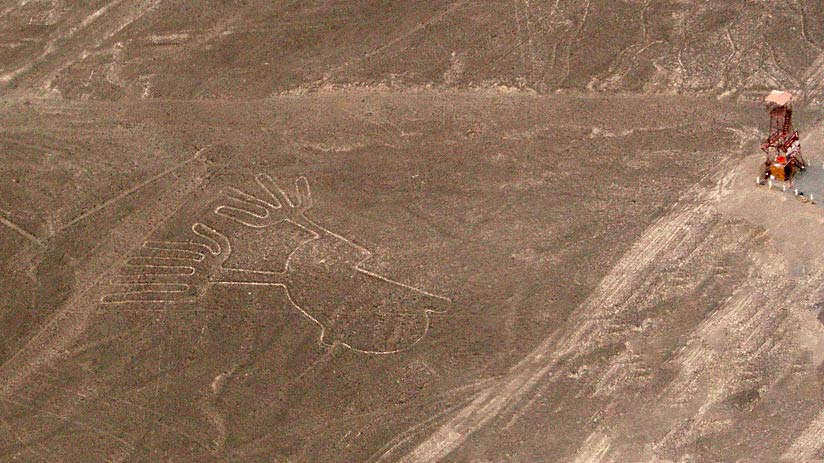 The Nazca Lines are a series of geoglyphs, located in an arid coastal area of ​​Peru. The region covers an area of ​​approximately 170 square miles. The lines are etched into the ground and there are literally thousands of different designs depicting creatures from both the natural world and the imagination. These designs feature animals such as the spider, the Nazca lines hummingbird, the monkey, the lizard, the pelican, and a whale. You can also find plant designs like trees, flowers, and geometric shapes like wavy lines, triangles, spirals, and rectangles.

The geoglyphs were made in the middle of the desert canvas of the Nazca region. These were made by removing rocks and dirt from the ground and thus creating different images. The desert floor has had natural weathering that has occurred for thousands of years. So when the upper rocks are removed, they reveal a sand color much lighter than the surface. The same color that distinguishes this series of geoglyphs. And thanks to the dry climate, the lines have been preserved for approximately 500 to 2000 years. Some scientists claim that the Nazca lines were built by the Nazca culture around AD 10 – 700.

HOW WERE THEY DRAWN? SOME THEORIES 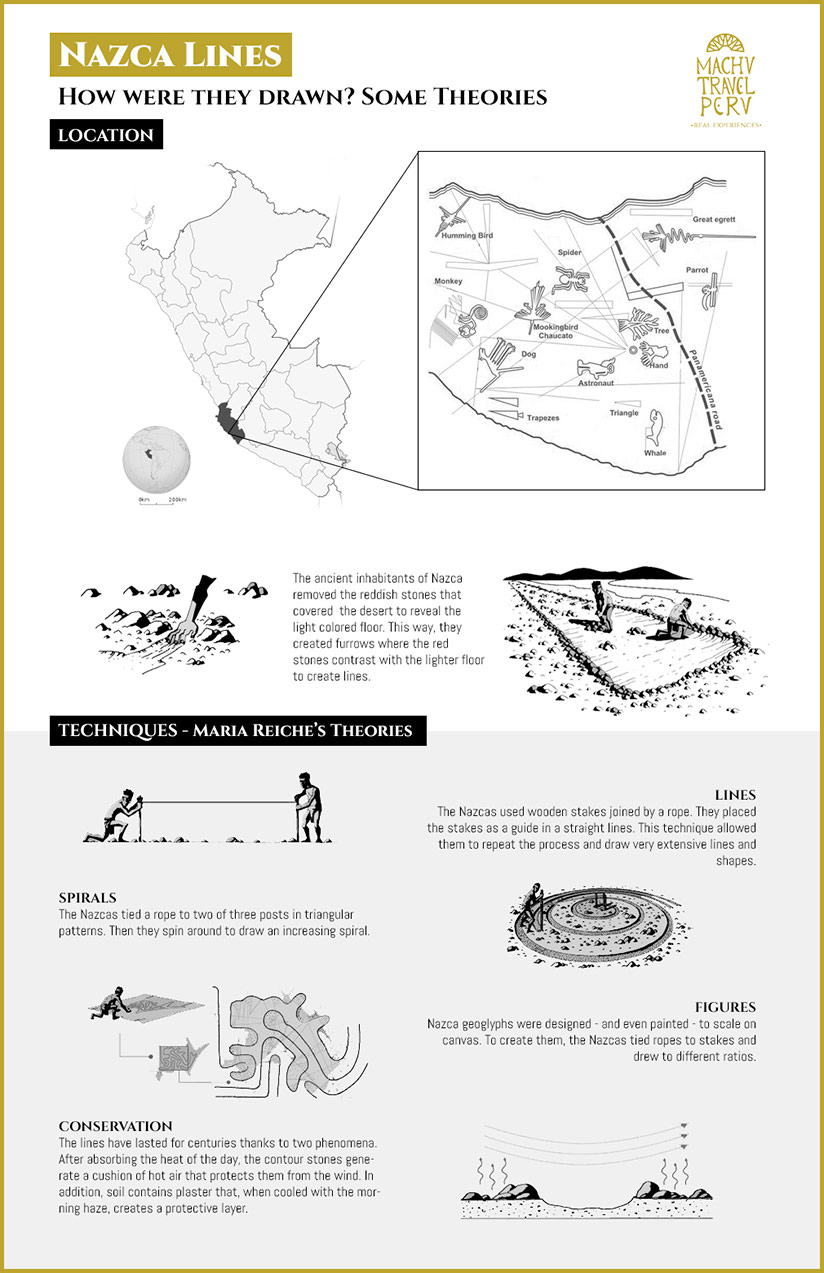 But the real question that everyone asks when visiting this site is, how the Nazca lines were made? The different lines are geoglyphs on the ground that are made by removing rocks and dirt to create a specific image. The desert floor has worn away for thousands of years, so when the upper rocks were removed, they revealed a light sand-colored rock. This light-colored rock is how we see lines.

Due to the dry climate, the lines have been preserved for a period of 500 to 2000 years. The Nazca lines were created by the Nazca culture, although there are also theories that state that other later cultures continued the work. Given the precision of the shapes of the Nazca lines and their enormous proportions, it is believed that the Nazca people used grids made of ropes and stakes to represent the scale drawings. The prestigious archaeologist Maria Reiche formulated some theories as to how the lines were made. 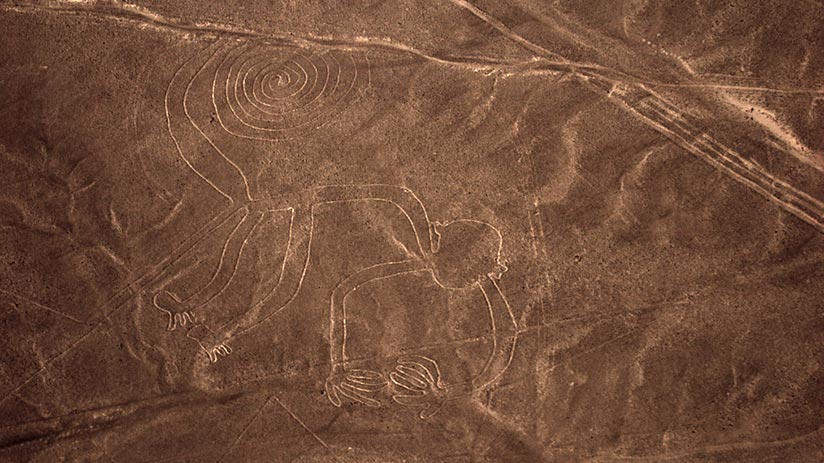 WHERE ARE THE NAZCA LINES? 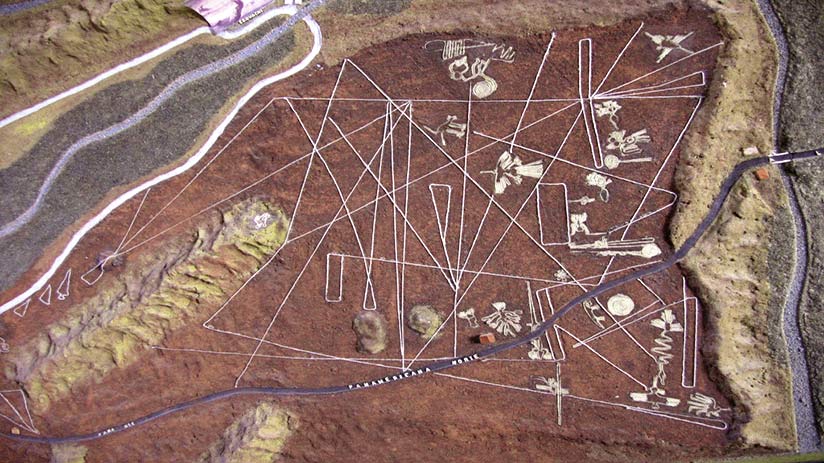 The lines are located about 200 miles south of Lima, the Peruvian capital. The area has 800 straight lines, 300 geometric figures, and 70 designs of animals and plants. Some of the lines are around 30 miles long and some are 1,200 feet long. The Panamericana Sur traverses the entire Nazca plain in a straight line, usually as a guide to appreciate different figures and designs. On the left side of Panamericana are figures such as the llama, the hummingbird, the fish, the monkey, the dog, the vulture, and the spider. On the right side of Panamericana, you will find figures such as lizards, flamingos, and parrots. There are other figures near the Maria Reiche Neuman Airport, such as looms and needles.

The region where the Nazca lines were drawn is an area of the Peruvian desert called Pampa Colorada (also called Red Plain). The space has an area of about 15 miles wide and runs about 37 miles parallel to the Pacific Ocean and the Andes. The desert is not sandy per se, but it is composed of shallow stones with a dark red color. In addition, the subsoil has a lighter color below this stony surface. Shaping the contrast that these wonderful lines and geoglyphs have. If you were wondering how the Nazca lines were made, then you will find that these were created by picking the top layer of the soil. This is a darker layer, which when removed reveals a much lighter subfloor.

HOW TO SEE THEM? 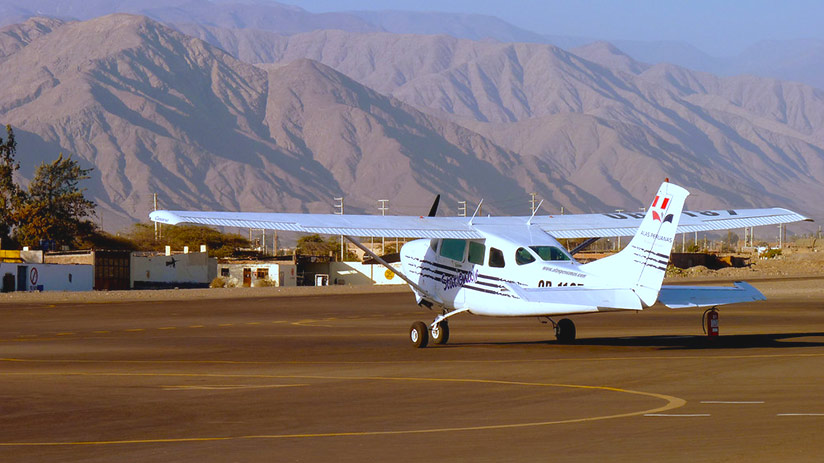 To answer the question of how the Nazca lines were made, you should see them on your own. The flight over the lines can be taken from the Nazca airport or from the Paracas airport, which is located in the north of Nazca. In some tours in Paracas, you will have this destination included and you can also visit the fascinating Ballestas Islands and see the thousands of varieties of birds. Also, see the sea lions lazing around in the sun. 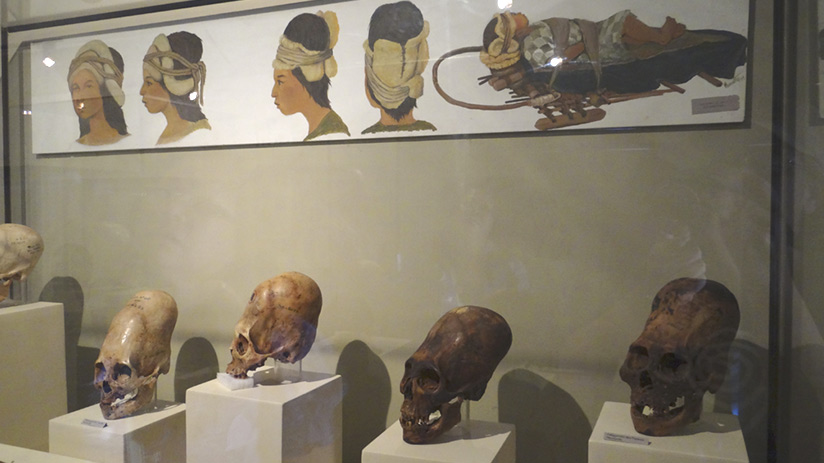 ALTERNATIVE WAYS TO SEE THEM 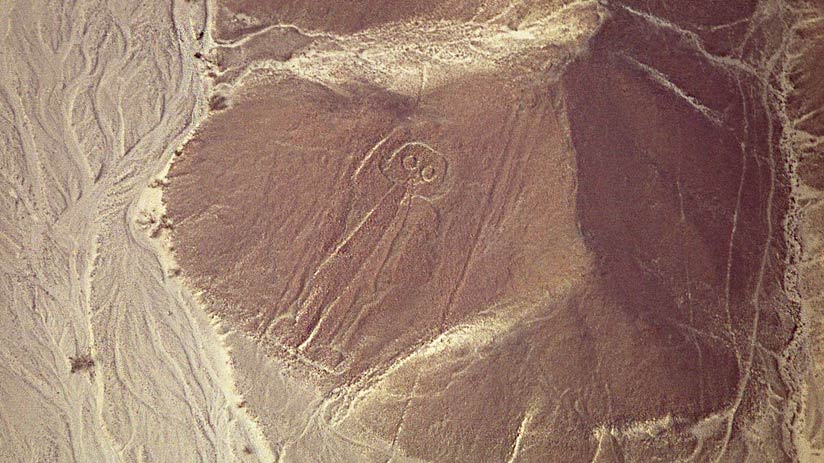 Another option available is to visit the Nazca Lines from Lima. Take into account that from the same capital there are flights available on the lines. Although these options are usually more expensive than those from the town of Nazca. Despite the price, it is still one of the options that many people choose. There are also flights available from the nearby town of Pisco. Pisco is only about four hours by car from Lima. These are great options if you don’t have that much time to travel from one destination to another. But if you have time, it is better to go to Nazca and see the lines in the original region where they are. Since the city also has some attractions that are worth visiting. Discover the mysterious Nazca Lines for yourself, and include Nazca as part of your adventure through Peru.

Come to know the Nazca Lines in the desert of southern Peru. The great mystery of the Nazca Lines is to know the purpose of this series of geoglyphs. Many theories have tried to prove the purpose, but the mystery remains largely intact. Something that should be on your wishlist no matter what. Don’t forget to see the rest of Peru and the incredible history that the country offers.

THE DISCOVERY OF THE NAZCA LINES AND OTHER HISTORICAL FACTS 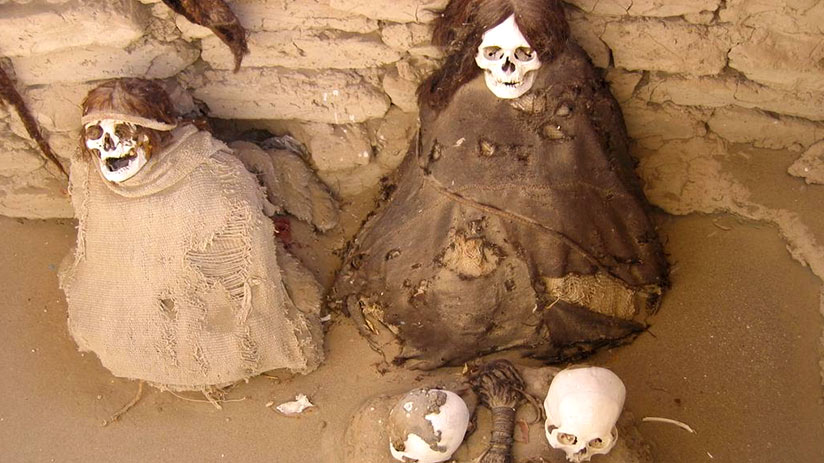 Since its discovery, many have tried to delve into the question of how the Nazca lines were made. The Nazca lines are said to date back from 200 BC to 500 AD. This was the time when the Nazca people lived in the region. The ancient Nazca people, in their prehistoric culture, used engineering techniques to bring water to the surface for irrigation purposes. The purpose of the Nazca lines still remains a mystery. Still, there are a large number of theories that seem to come close to the main purpose. Some of the most interesting facts are the following: 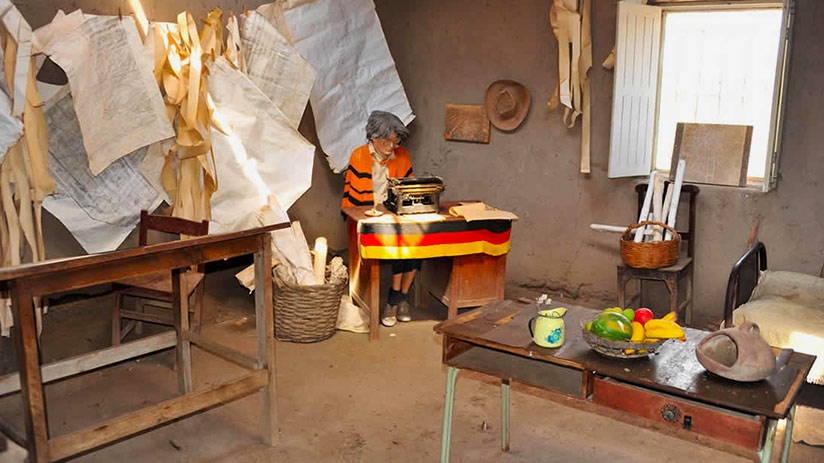 There is no doubt that the global understanding of the Nasca lines will continue to evolve with the passing of the years and new technological advances. The Nazca lines are one of the most symbolic archaeological sites in the ancient world and their importance is reflected in their growing popularity. Likewise, it is never too late for you to fly over the Nazca lines and put together your own theories about how they were made. 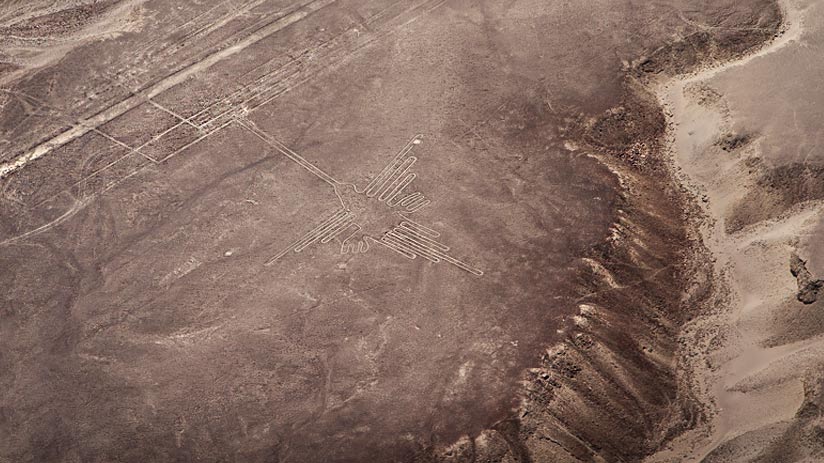 Some of the Nazca theories can be anything but reasonable, while others seem to maintain certain scientific criteria. Due to the mystery surrounding the question of how the Nazca lines were made, many conspiracy theories emerged to make sense of it. In addition, given that at ground level it is not possible to perceive whether the figures are correctly drawn or not, it is thought that the construction had to be directed from a high place.

Although many think that these lines can only be seen from the air, they can also be found in the hills that surround the pampas (plains) and valleys. Figures up to nearly 300 meters long look perfect there. This sighting from the land makes it the main aspect to confirm that the creators of these feats were the Nazca people. Even so, the perfection of the plot unleashed more than one theory, among which are solstices, constellations, and extraterrestrial sun gods. 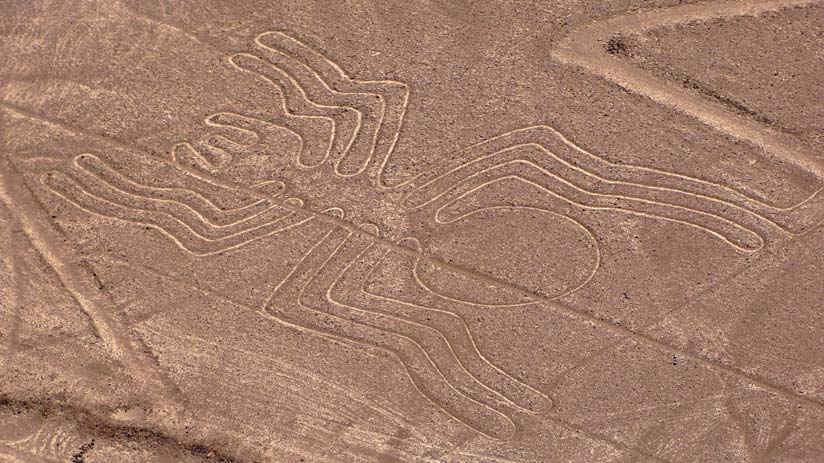 Over the years a wide variety of Nazca Line Theories have appeared that attempt to explain the purpose of the site. A book published in 1968 supported the theory that the lines were landing fields for aliens and the lines were created by aliens many thousands of years ago. Archaeologist Johan Reinhardt believes that the lines have a religious purpose and were to worship the gods. But the truth is that many archaeologists and scientists have studied the lines and many pieces of the puzzle are still missing. There are still many unanswered questions surrounding the site. From what the lines are for, who built them, and when they were built. Despite this, thanks to ancient cultures, today we can see the lines and marvel at the magnificence of the site.

“HAVE STORIES TO TELL, NOT STUFF TO SHOW.”

The Nazca lines represent much more than a popular tour on the air. It is the manifestation of one of the most incredible works made by cultures older than the Incas. It is a perfect opportunity to learn a little more about the history of man before the arrival of the conquerors. We hope together with the experts from Machu Travel Peru to have been of help. We believe that the best way to answer the question of how the Nazca lines were made is with a complete journey through them. Do not miss the mystical and magical experience of walking these amazing geoglyphs. If you want to know more about our tours of the lines, you can consult with our charming advisors. They will be happy to help you with everything regarding your next trip to Peru.