Just inside the beautiful Peruvian capital is one of the largest archaeological sites to appreciate. Every tour of the capital includes a guided or panoramic visit to this particular archaeological site in the middle of the city. Huaca Pucllana is one of the jewels of the Andean country. One of the main attractions of this place is that it is located right in the middle of the city, between modern buildings and different renowned establishments, forming one of the greatest contrasts between the modern and ancient world. If you are wondering what this beautiful show is about and where it is located, together with Machu Travel Peru we want to tell you all about this beautiful place and its fascinating history.

EVERYTHING ABOUT THE HUACA PUCLLANA PYRAMID 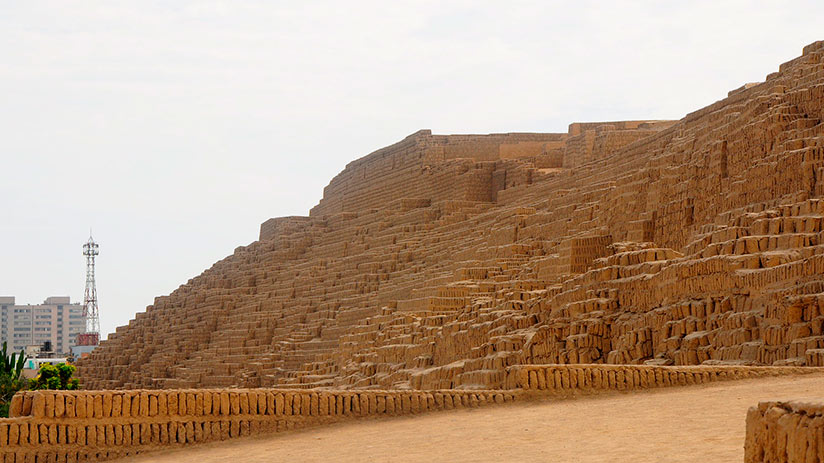 The beautiful archaeological site of Huaca Pucllana is a clay and adobe pyramid located in the tourist district of Miraflores. It is usually the main attraction on a tour in Lima and a pleasant sight to explore within the bustling city. The site is made up of a pyramid about 25 meters high and a set of beautiful squares and courtyards to the north of the pyramid. The pyramid is made up of about 7 tiered levels and 6 hectares of space where you will find an exhibition hall, a circuit of visits, and other attractions such as a beautiful and delicious restaurant. Previously, this place occupied a much larger space, but the ignorance and interest in urbanization in previous years caused abandonment and disinterest in the area, losing sight of important evidence and other much smaller pyramids around the area. It is one of the best things to see in Lima and an essential part of any tour of the city. 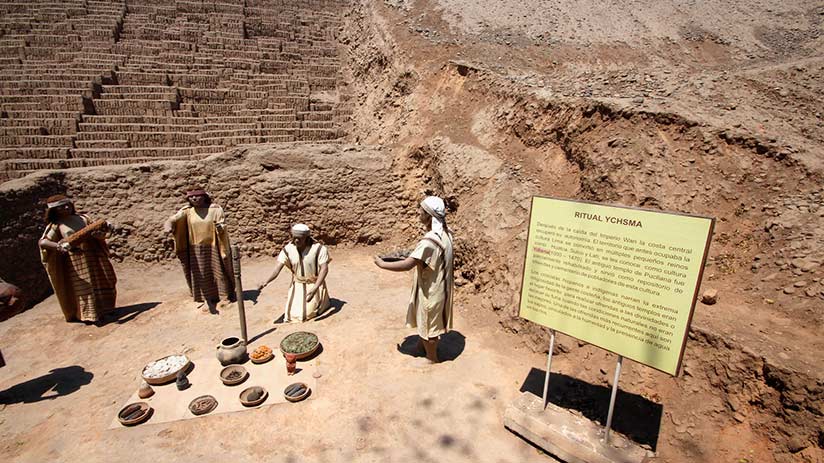 Huaca Pucllana had great significance during the Pre-Columbian era. It was an administrative and ceremonial center of cultures before the Incas. It is believed that the Culture of Lima and Wari were the ones who had the most to do with its construction and use, they lived on the Peruvian coast during the years 200 AD and 1100 AD approximately. This center was used for different social, administrative, and political gatherings, community gatherings for worship, sacrifices, and other types of sacred events. The cultures that lived in Pucllana and almost the entire Peruvian coast had agriculture as their main economic activity, although it is also known that they fished and raised domestic animals such as guinea pigs, ducks, alpacas, and llamas. Today, the pyramid or Huaca is one of the biggest tourist attractions in Lima Peru, you will be able to appreciate different archaeological remains from various periods and enjoy one of the best restaurants in the city. 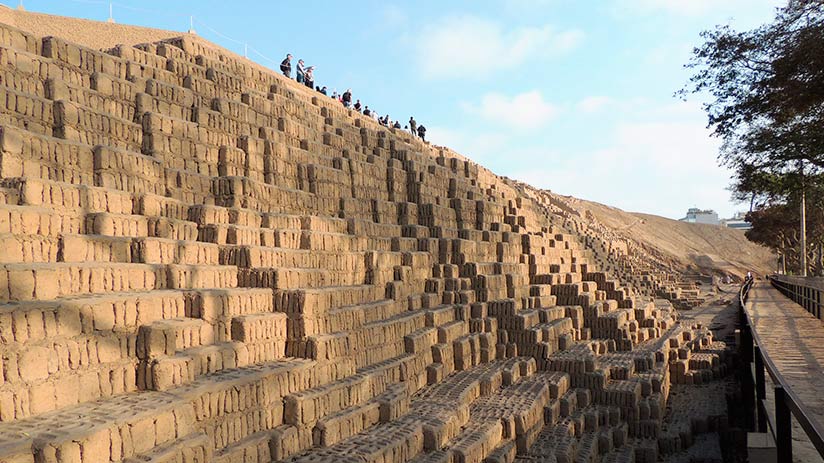 Huaca Pucllana is usually an unmissable destination on any tour of the city, its presence in the city is indisputable. You can enter the Huaca for a very reasonable price, you will also have a guided tour included. You will be able to explore the pyramid itself and the spacious walled rooms built with thousands of years old adobe bricks. Naturally, these bricks have a small level of deterioration, so you will see workers constantly working on their restoration or replacement. Luckily, rain rarely occurs in the capital, one of the reasons this pyramid still stands. One of the main attractions within the site are the different tombs discovered on the site, even secrets are still being discovered in the area thanks to archaeologists who continue their work on the site. They have been found from human remains to different offerings. Inside the tour, you will be explained the process of how the bricks were made and you will see a description of the first humans in the region with statues. Being able to enjoy this attraction is one of the best family vacation ideas where you can enjoy a delicious meal and an educational moment. 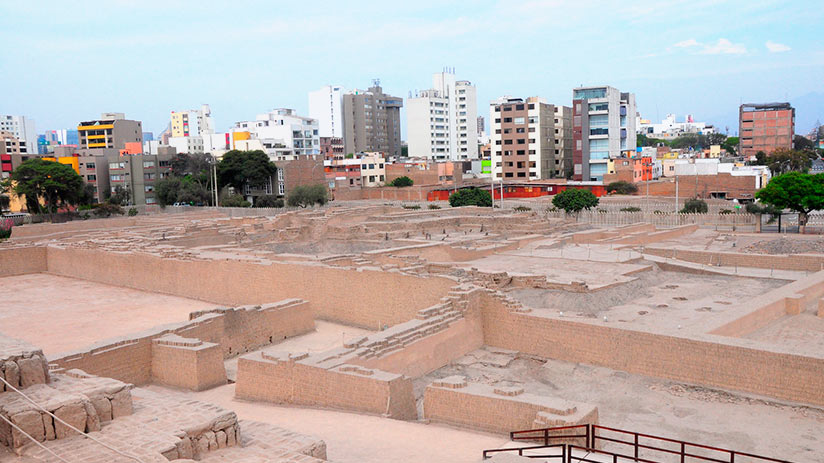 To get to Huaca Pucllana, you will not encounter major difficulties as it is within the city in the middle of the Miraflores district, which is not difficult to reach. You can walk from the surrounding districts after enjoying the many things to do in Barranco or simply take a taxi. An organized tour is not necessary to get there. You can go on your own and pay your entrance in the same place. Keep in mind that this place is usually a visit to certain schools, so try to go in the afternoon. 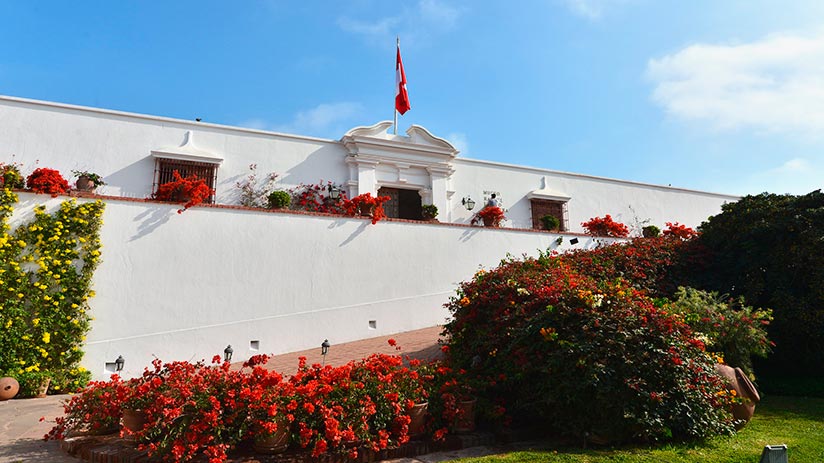 La Huaca Pucllana is one of the best attractions to see, however, you can find much more to do in the city. Places like the Larco Museum or the Church of San Francisco may be at your disposal on a guided tour of the city. Even if you are a sports fan, you can enjoy surfing on its beaches or even one of the best activities: paragliding in Lima. You can enjoy your holidays in the best way in this beautiful city that does not rest.

“THE PYRAMID SHAPE IS SAID TO HOLD MANY SECRETS AND AMAZING PROPERTIES. ONE OF THEM IS A SENSE OF WONDER ”

We hope together with Machu Travel Peru to have encouraged you to visit one of the oldest archaeological complexes in the city of Lima. You can consult about our city tours with our qualified advisers, who will explain step by step how to enjoy everything that Peru has to give.

Taquile is one of the remote islands in the middle