Inti Raymi Festival of the Sun

Although it is true that the Sun was one of the most important deities of the ancient Incas, it was not the first one. The first one was Wiracocha, maker of everything or the one that always was. According to the Incas, he created everything, the moon, the sun, the stars, and the earth among others. This Deity was inherited from pre-Inca cultures (Tiahuanaco Culture), whom the Incas conquered. But, over time, the Incas began to place more importance on a visible God, one who accompanied them during the days of sowing and harvesting, warmed them, and illuminated them in their daily chores; the Sun. In this form, the Inti Raymi (Sun festivity) was born, one of the most important festivals in Cusco during the time of the Inca Empire. And that is why together with Machu Travel Peru we have prepared a small article where you’ll learn about the history, and context of Inti Raymi and how don’t get lost during this celebration.

The Inti Raymi is a theatrical representation of an important ancient Inca festivity celebrated each June 24 in honor of the Sun-god in Peru. More than 500 participants simulate to be the Inca, its wife, bishops, virgins maids among others, in a celebration of color, singing and dancing in Sacsayhuaman, the main Inca fortress close to Cusco.

This festival was celebrated during the winter solstice (June 24) in the Southern Hemisphere, when the sun was located farthest from the earth. When the day was presented as the shortest of all year. Some scholars affirm the Incas chose this day to call to their luminous God, who was more distant from them and accompanied them fewer hours of the day. For this reason, the date was chosen as the first of a new Andean Year, too.

The Inti Raymi celebrations lasted 9 days. During this period the Incas celebrated in the most important archaeological site in Cusco with music, colorful dances, processions, and even animal sacrifices offered to the sun. Many of these sacrifices were to ensure good harvests for the year. In addition to giving thanks to the Pachamama (Mother Earth) and paying tribute to the firstborn of the Sun, the Inca.

Nowadays, If you decide to visit Cusco on June 24 to see the Inti Raymi, you will be able to appreciate each of the artists in an impeccable representation. Most of the actors and actresses who take part in the dramatization are natives of Cusco. Also, you will hear Andean songs in the ancient language of Quechua. In conclusion, you will have a greater understanding of our beautiful culture and different traditions. An opportunity worth experiencing and one of the best things to do in Cusco.

History of the Inti Raymi

Pachacutec, the most important emperor among the Incas rulers, not only was a great conqueror (expanding the Incas territory, Tawantinsuyo), and a great architectural (building Machu Picchu) But also worried about ceremonies to their deities, special to the Sun, the most important for them. Therefore, he ordered the first Inti Raymi (Sun festivity) in 1412. In this sense, he created an important Incas’ tradition developed for the following Incas rulers until the last one in 1533, under the governance of the Inca Atahualpa and the entering of Spanish conquerors to Cusco.

When the Spanish invaded the capital of the Inca Empire, immediately, the Catholic priests prohibited the ceremony. Claiming that it was pagan and trying to impose, as fast as possible, the foreign Catholic religion over a population accustomed to worshiping nature deities for hundreds of years.

For this reason, the Incas continued to celebrate the Inti Raymi in secret, hidden from the Spanish authorities until 1572 when the festivity was totally forbidden by the Spanish Viceroy Francisco de Toledo and replaced by a San Juan Bautista festivity.

Later, in 1944, once Peru obtained its independence, and after a laborious research work by Cusquenean scholars like the philosopher Humberto Vidal Unda, the scientist Uriel Garcia and the playwright Faustino Espinoza Navarro, on the base of writings of Inca Garcilaso de la Vega (A famous Cusquenean colonial chronic and writer) the first reconstructed Inti Raymi ceremony took place.

From that period until now, a theatrical performance of the Inti Raymi has been held in three important places of Cusco, the ceremony begins in the Qoricancha (Ancient Sun temple located in the historic center of Cusco, now the Santo Domingo Convent), after continues in the main square or Huacaypata (crying place), finally it is developed in Sacsayhuaman Fortress, 2 km from the Cusco main square. This ceremony gives a real interpretation of the stories about the heyday of the Inca and particularly the performance of Sapa Inca. The Sapa Inca is the Inca emperor who is carried on a golden chariot.

Inti Raymi continues to be celebrated majestically as a unique and incomparable ceremony that attracts thousands of visitors from all over the world every year. Especially to people interested and very enthusiastic about exploring the ancient Inca life.

As we mentioned before, the Inti Raymi is developed in three different important parts of Cusco, one after another.

Getting around during the celebration

Inti Raymi continues to be celebrated majestically as a unique and incomparable ceremony that attracts thousands of visitors from all over the world every year. Especially to people interested and very enthusiastic about exploring the ancient Inca life. It is in June when Cusco receives more tourists than the rest of the year. Therefore, during the month, the Cusco city tour is the activity more sold activity by travel agencies. For this reason, we’ll give you some advice on getting around through the Cusco center with total liberty, without depending on anyone.

As you will understand, this celebration is not something to go unnoticed. It is an emblematic time when Cusco is revitalized. And its colors, traditions, and beautiful legends take shape with the different celebrations. Being part of the Inti Raymi, you will be able to understand in greater depth the themes that shape the daily life of Cusco. Together with Machu Travel Peru, we hope we have been of help. If you want to enjoy these celebrations on your next vacation, you can consult with our advisors. Our team will be excited to help you make the trip of your dreams come true 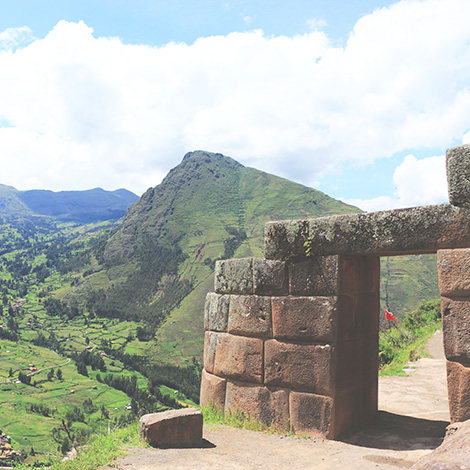 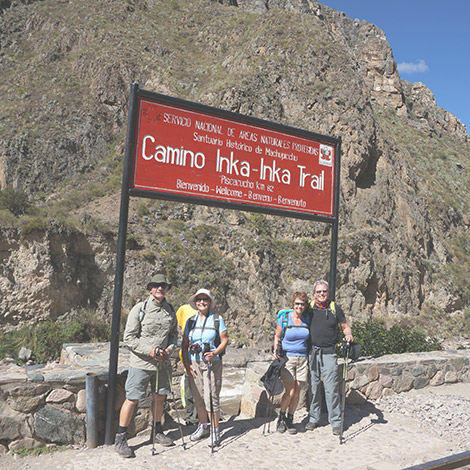 Wonders of the Inca Trail