The Inti Raymi was one of the most important religious ceremonies in honor to the main Inca’s deity, the Sun; and it is due to is importance and magnificence that it was always celebrated in the capital of the Inca Empire. As part of our commitment with culture, in this article MACHU TRAVEL PERU has tried to get and share as much information as possible about one or maybe the most important religious festivity from the Incas.

Going back in history and according to some research, the Inti Raymi took place for the first time during the government of the Inca Pachacutec, who started to give a greater value to the Sun and its worship.  According to other chronicler, Inca Garcilaso de la Vega, the Inti Raymi was the most important celebration, from other 4 that there used to be, in the Inca Empire and he describes it as a huge celebration in which an enormous number of people arrived to the capital just to be part of it. He also mentions that the celebration took not only one day, but 15 and it took place in the main square of Cusco, the capital city, called Haucaypata.

The last celebration of the Inti Raymi that had the presence of an Inca governor was in 1535, then many things changed when the Spanish conquerors arrived, the Inti Raymi become a forbidden celebration because of its pagan nature and no relation with Catholicism that was the religion that Spaniards brought with them.

According to some research the Inti Raymi was reinstituted in 1944 and this idea started and was executed by two important people who belonged to the Cusquenian society, they were Faustino Espinoza and Umberto Vidal. Faustino Espinoza was also the founder of the Quechua school in Cusco and he created the first script based in the chronic of Inca Garcilaso, which included a number of 600 actors in scene to recreate this magnificent festivity like in the Inca’s time. On the other hand Umberto Vidal who was a writer, historian and philosopher; dedicated time to recreate the historical side of the Inti Raymi.

It has been more than 70 years that this celebration became part of our culture and tradition. Its staging has three parts, and each of these take place in different parts of Cusco’s downtown. The main characters of this celebration are the Inca, Willaq Umu or the main Priest, Tarpuntay, Wirapirikuq y Kallparikuy, royalty and military generals.

The first scene of the staging takes place in the Qoricancha or temple of the Sun at about 8 am, the Sinchi, who is the general of the military forces, appears and then he is followed by the empire soldiers and the acllas that are also known as the chosen women, some other groups of people are there and all of this with a live traditional music background. Then the Inca and his wife, the Colla, appear followed by the royalty of the Empire; the Inca makes and offer to the main deity the Sun and then he offers some words in the incas native language Quechua. After this they are ready to move to next stage that will be in the Plaza Central o Main square. 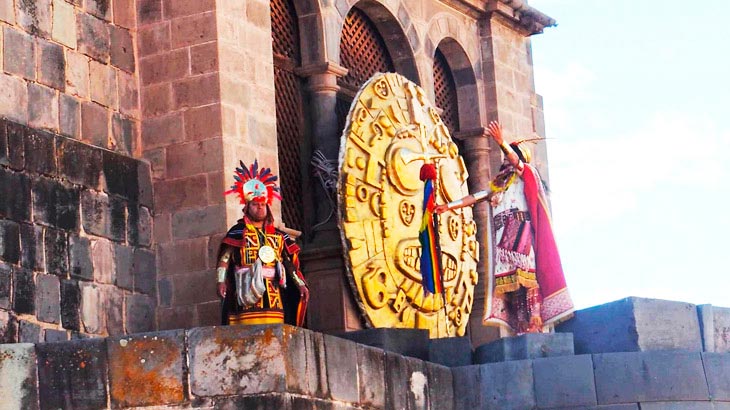 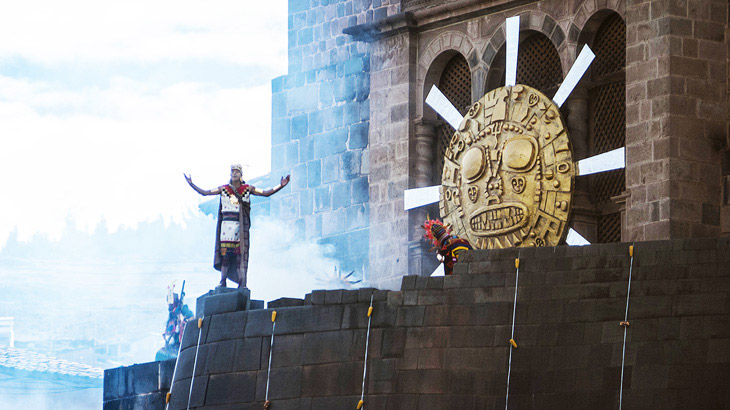 The second scene takes part, as it was mention before, in the Main Square. The Inti Raymi has started and from a great altar that is in the middle of the Plaza the Sinchi orders that the army to take their positions to continue the scene. The Colla arrives first followed by the royalty and then the Inca, he is taken to the altar and stand on the top of it. In this part of the Inty Raymi the Inca asks and checks all the economic factors of the Empire, also there is a part of the ceremony that is called the “Tow World’s Encounter” where the Inca and the mayor of the town share some words on the altar. After this everything is ready to continue with the next scene of this majestic festivity. 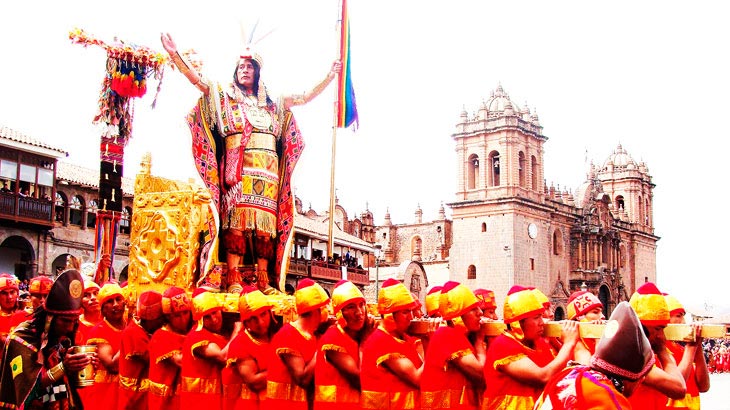 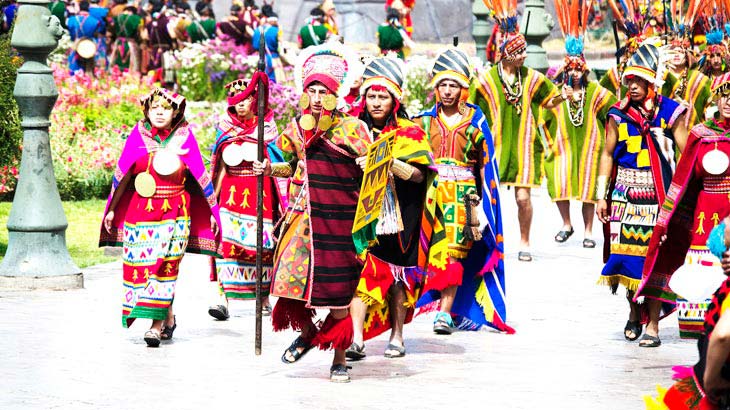 Last but not least, the third part of the festivity starts. After almost an hour that the Inca and all the other groups of characters go up the mountain to Sacsaywaman; the last part of the ceremony is about to start and it is considered as the most interesting and colorful part of the festivity. There is a sacrifice and some other offerings to the Inca’s deities in this last part of the celebration, after these scenes, the main priest tells the Inca some predictions for the future of the Empire, also there are plenty of dances and music. 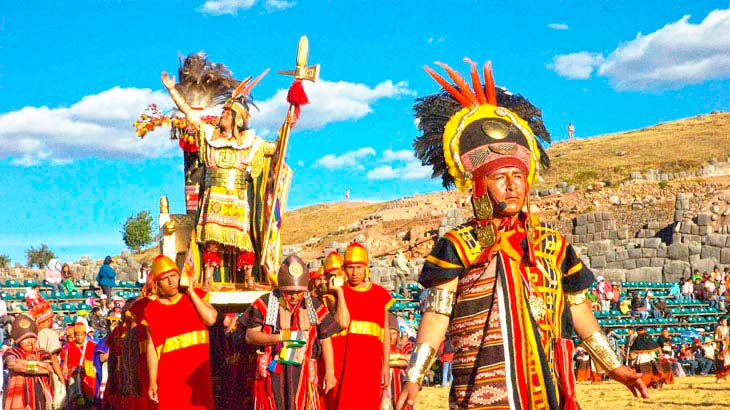