Machu Picchu is one of the wonders of the world and is one of the main attractions in Peru. Most of the people who visit the Andean country are here to tour the wonderful Inca complex. But what do you know about this place? There is much that is known and unknown about this enchanting place, but there are things that are quite interesting to know. That is why together with Machu Travel Peru we will begin to tell you about some impressive Machu Picchu facts.

25 OF THE MOST IMPRESSIVE MACHU PICCHU FACTS

2. What is Machu Picchu

Machu Picchu is considered one of the best archaeological treasures in Peru. It is one of the wonders of the world and also a World Heritage Site by UNESCO. And it is not surprising, as it is one of the last vestiges of the Inca Empire. Many of its constructions remain intact over time.

3. Part of the Inca Empire

It was part of the Inca Empire. One of the largest in ancient America, covering Argentina, Colombia, Bolivia, Chile, and Ecuador. The empire ended in the Spanish invasions approximately in the year 1533. Most of the information that is known about the Empire is thanks to the archaeological ruins that remain, such as the beautiful citadel. To learn more about the history of the complex, you better visit Machu Picchu.

Within the complex, there is more than one hiking option available. Machu Picchu mountain and Huayna Picchu mountain are some of them. On these routes, you will have some of the best panoramic views of the citadel and the surroundings. And with so many hiking trails available, you have to try at least one of them. In the purchase of your Machu Picchu tickets, you will have the option to choose which of the routes you would like to travel. 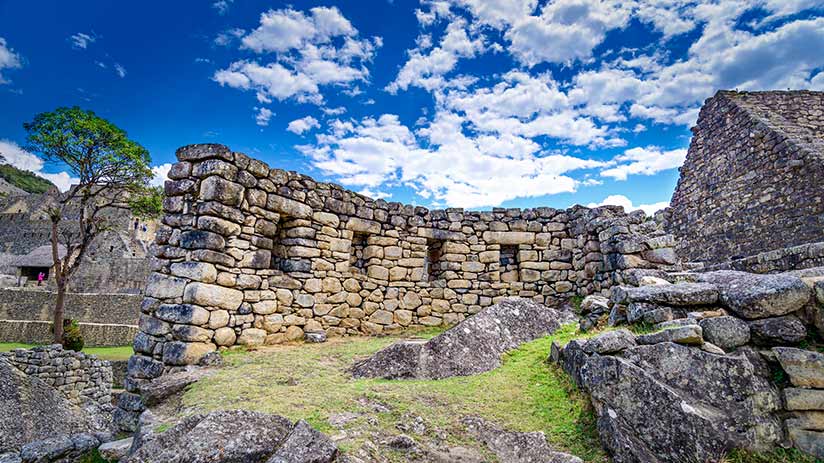 The reason for abandonment remains a mystery to historians. Over time this city was forgotten and only the locals knew of its location. It is believed that the Inca citadel was abandoned approximately in the year 1535. It was even abandoned without finishing some of its constructions, during a time of great changes in the Empire.

6. Time to get there

It takes a little effort to get there. Unless you take the train to Machu Picchu, getting to the citadel can be a challenge. There are different alternatives such as the Inca Trail or the Salkantay Trek. Many people undertake their adventure to the citadel without knowing that at least one day is necessary. The tour only lasts about three hours, but the real odyssey is to get there and back. Despite the time it takes, the reward is unique.

Machu Picchu was used as an ancient observatory, the sacred structure is known as Intihuatana indicated when the two equinoxes of the year happened. It is believed that within the different functions of the archaeological complex, it functioned as an astronomical observatory. But it also functioned as a sacred place of worship, an agricultural sector, a fortress, and a pilgrimage site, among other things.

8. The Spanish never discovered it

The Spanish invaders never found it during their invasions. But if you want to discover it and visit it, you can take our numerous Machu Picchu tours. Thanks to its strategic location, the Inca complex was never discovered by the Spanish. The local farmers were the few who knew of the existence of this place. It was later officially discovered by the explorer Hiram Bingham. 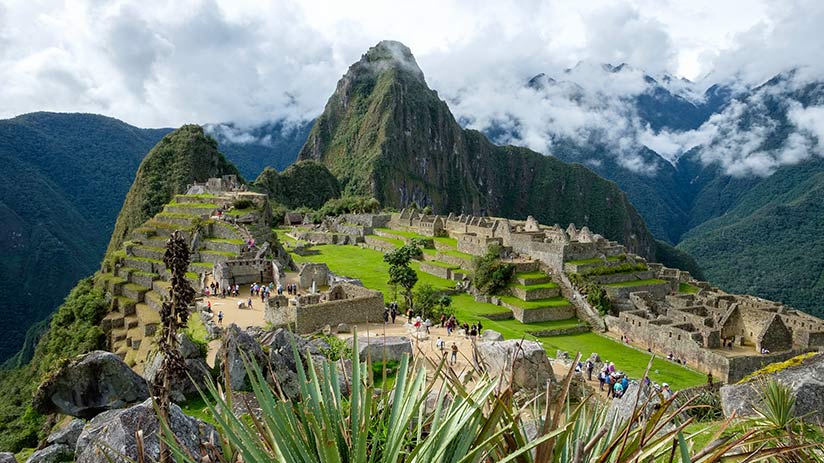 It is a marvel of engineering. The construction of the complex has impressed many scholars. A technique called ashlar was used (stones cut to fit without mortar). Machu Picchu is built on a terrain full of geological faults and fractures. It was built during the 15th century as an urban complex for the Inca aristocracy.

Part of the structure works like a clock. It was not only used as an observatory, but it was also used as a natural watch. The structures are known as The Temple of the Sun, The Intihuatana, and the Temple of the Three Windows. This is one of the best Machu Picchu facts available. The Intihuatana is a rock whose various planes are polished with great accuracy. It is not only known as the rock that radiates energy, but also as the clock of the citadel.

You can have your passport stamped at the entrance. You can enjoy various stamps in your passport within Peru. Lima’s airport will be the starting point of your adventure!. Lima to Machu Picchu distance is around 5 to 6 hours, considering a local flight from Lima to Cusco, then a mixture of trains and road transportation. You can get your stamped passport whether you come from the Inca Trail or from the same train to Machu Picchu.

Their masonry skills were considered very advanced for the time. The way the stones were placed and cut is so perfect that it doesn’t even seem human-made. Still, they were made by the Incas, and it is precise because of these constructions that they are considered a great Empire. All Inca architecture is characterized by its wonderful stonework. Despite this recurring fame in Inca constructions, many buildings were also built with adobe and fieldstone.

Machu Picchu was only known by locals until its discovery. It was Hiram Bingham who discovered the site in 1911, guided by locals. Although it is worth mentioning that Hiram Bingham’s true goal was to find the lost city of Vilcabamba. But his discovery was much greater than expected.

The complex has more than 100 sets of separate stairs. Most of the individual stairs were carved from a stone slab. If there is something that cannot be denied, it is that the Incas were fascinated by stairs. That is something that you will notice once you start touring the different archaeological sites. A good romantic idea is to enjoy a honeymoon in Machu Picchu. Climb the endless stairs and fall in love with the landscapes.

It is made up of more than 150 buildings ranging from houses, bathrooms, and even sanctuary houses. Inside Machu Picchu, you can find different buildings and constructions. Many of these were for ceremonial and religious purposes, but there are also many for storage purposes. If you are planning a trip to Peru, you cannot miss this wonderful complex. 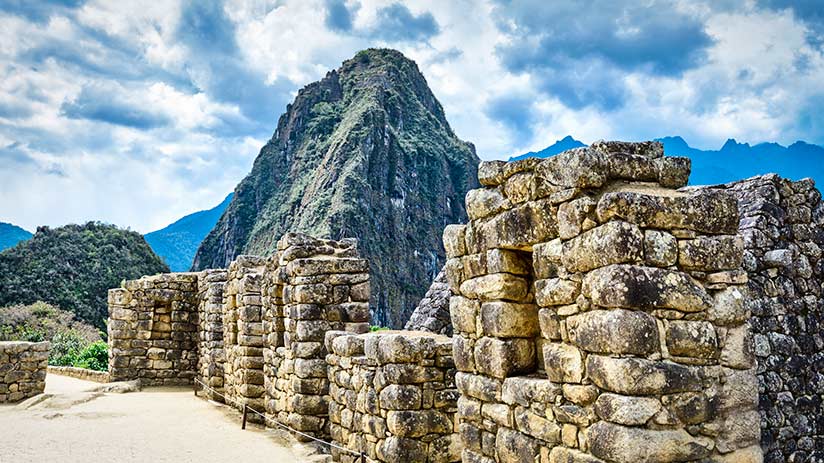 No wheels were used to transport the stones. This is one of the most impressive facts about the complex. Although many of the stones weighed heavily, the stones are believed to have been pushed by hundreds of men through the steep slope. Let us bear in mind that the Inca culture was against pack animals and iron tools. Making this construction even more fantastic if we consider its difficulty.

It is one of the last surviving citadels to the invasions of the Spaniards. Many of the Machu Picchu vacation deals will explain this as you tour the complex. Unfortunately, numerous Inca cities were destroyed by the conquest. But thanks to the hidden location of Machu Picchu, the site was never discovered.

18. Parts of the complex

The citadel is divided into two parts according to the Inca tradition. Hanan and Hurin. Hanan was what was above, while Hurin was what was inside or the bottom of the empire. The architectural principles by which the Machu Picchu map was divided coincide with the cultural principles of the Inca duality that governed their lives.

They built more than 600 terraces to avoid slipping of the structure. To prevent the entire structure of the complex from collapsing, these terraces were built, and that had never been heard or seen at the time. The terraces consisted of different layers that allow the water to drain and prevent the landslide. This is one of the most wonderful Machu Picchu facts.

20. The routes of the Incas

The roads and trails built by the Incas rivaled those of Rome. They built over 18,000 miles of paved roads, bridges, and other types of trails. The road system built by the Incas linked the important cities of the coast and the mountains. All the roads of the road network also lead to the capital, Cusco. These routes are part of the popular Inca Trail, one of the ways in how to get to Machu Picchu.

It is better prepared for an earthquake than California. To combat the fact that the area of ​​Peru is quite susceptible to earthquakes, every building in Machu Picchu was constructed earthquake-proof. When Earthquakes occur, the stones of Machu Picchu are said to “dance”.

Most of the stones that were used to build the complex weighed more than 50 tons. This is one of the Machu Picchu facts that surprise most scholars. Many of the stone blocks were carved without iron tools. But the most surprising fact is that many of these stones were so tight that it is impossible to fit anything between them. And taking into account that some of these weighed a lot, it is an architectural achievement. 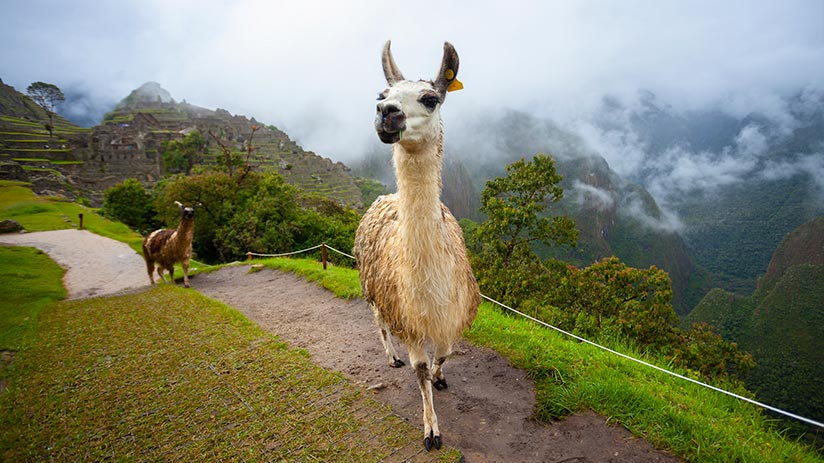 Originally the explorer Hiram Bingham thought that he found the lost city of Vilcabamba. Upon encountering Machu Picchu, Hiram Bingham thought he was at the last refuge of the Incas. But in reality, he had come across one of the most amazing Inca architectural gems. Thanks to its discovery, today we can enjoy this unparalleled attraction.

24. Dedicated to the nobility

According to scholars, Machu Picchu was a real estate. Despite the many doubts and debates surrounding the Inca complex, many believe that it was a real estate created by Pachacutec. It is believed that this site was intended as a resting place for the nobles. Although this position marks a contrast with those theories that maintain that it was a place of worship.

There are two possible ways to go to the archaeological complex. Via train or through the incredible Inca Trail. If you choose the Inca Trail, you will end your adventure at the Sun Gate in Machu Picchu. On the other hand, if you opt for the train, you will arrive at the small town of Aguas Calientes. For this reason, it is recommended that you make your Machu Picchu reservations since the tickets usually are sold out very quickly. Whichever way you decide to get to the citadel, you will have a unique experience ahead of you.

“THE BIGGEST RISK IN LIFE, IS NOT TAKING ONE”

We hope together with Machu Travel Peru to have quenched your curiosity regarding the archaeological complex. Still, there is much that is unknown about the Inca citadel. We hope this has encouraged your future travel plans. If you have any questions or queries, you can contact our advisors.