Machu Picchu is one of the favorite places for holidays with family or friends. That is why if you are thinking of possible destinations, this is a very good option. The archaeological complex is a point of reference for any traveler with experience or not. And being able to vacation in the surroundings is one of the most exclusive and unique experiences that there can be. Machu Travel Peru is willing to guide you in what you need to know for your Machu Picchu Vacations

Machu Picchu is located 130 kilometers from the city of Cusco in the canyon formed by the Urubamba River. In the ancient Quechua language means “old peak”. The city was originally unknown by this name, but its original name has been lost in time.

This archaeological complex, which is one of the wonders of the world, remained hidden in the mists and thick vegetation of the tropical forest until 1911. Its existence was made public by the American explorer Hiram Bingham. However, the site was known during the colonial period and the first years of the republican era, as evidenced by several documents of the period which record its location.

TO TRAVEL IS TO EMBRACE THE UNKNOWN

For our Machu Picchu Vacations, it would be ideal to have a plan. That way, we can book our Machu Picchu tickets and not stay out of this wonderful tour. This is a popular place for tourists and locals alike. That is why before booking your hotel or plane tickets, it is better to book our permits in advance. Your tour operator or the company that facilitates the trip will help you. It will also save your time and that way you can only worry about enjoying this well-deserved journey.

The Machu Picchu cost will vary in the way we want to approach the tour. When booking the tickets, either by a tour operator or by yourself, there will be various options to choose from. You can book the Machu Picchu solo ticket and add the Huayna Picchu hike or Machu Picchu Mountain. All of these hikes are great opportunities to experience the Inca citadel from different viewpoints.

From up there, you will be able to see Machu Pìcchul with panoramic views of the valley surrounded by peaks. There is also the possibility of hiking Machu Picchu Mountain. But we will have to take into account that Huayna Picchu and Machu Picchu Mountain cannot be done on the same day. 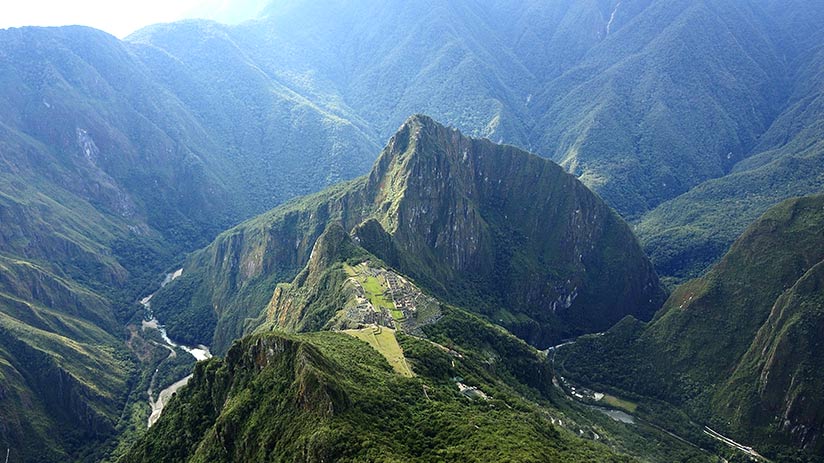 HOW BIG IS IT?

The Machu Picchu map can tell us a lot about the complex. In the area surrounding the Machu Picchu exist several other impressive citadels which were also abandoned. All of them with the same characteristics: ceremonial shrines, agricultural terraces built over precipices, military sectors, and royal palaces. These sites include Wiñay Wayna, Sayacmarca and Phuyupatamarca on the Inca Trail to Machu Picchu, and Choquequirao to the northwest. The city of Machu Picchu was divided into two sectors: the agricultural sector and the urban sector.

Temple of the Sun 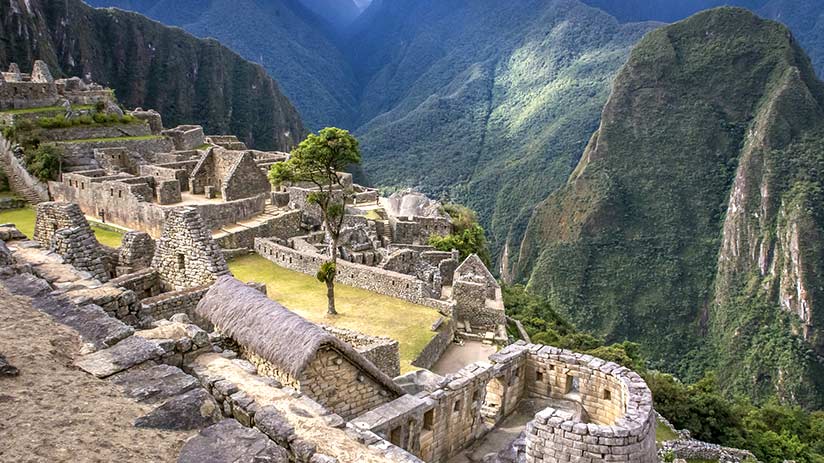 The temple of the sun is one of the most finely-made constructions in the citadel. It is a great spot to enjoy your Machu Picchu Vacations. This temple had also been dedicated to the Incas principal deity. 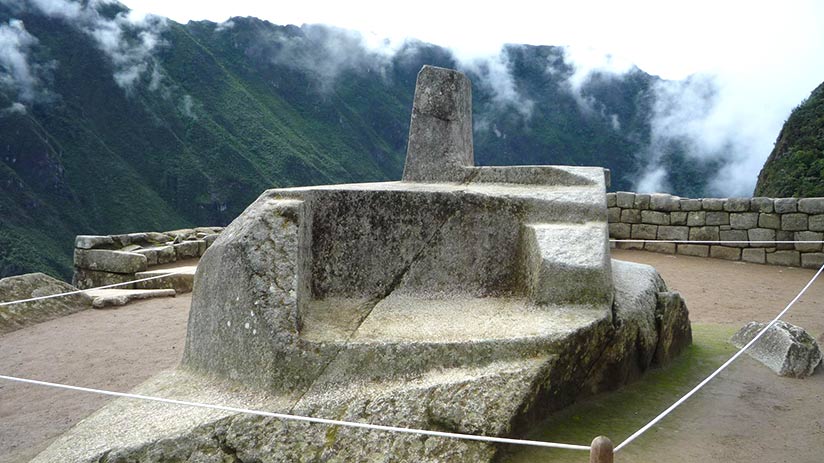 The Intihuatana is part of the many Machu Picchu tours available. It was carved with a series of steps on each side and a central structure from which the tallest part of the design emerges. The steps represent the religious spaces of the Incas, as in the case of the Temple of the Sun. This religious building, which emerges from the block of stone, was carved under astronomical observations. So that the light of the sun would strike certain spots at particular times during the solstices. The height of this construction may also have been related to the peaks of the mountains which for the Incas also possessed religious significance.

Temple of the Condor 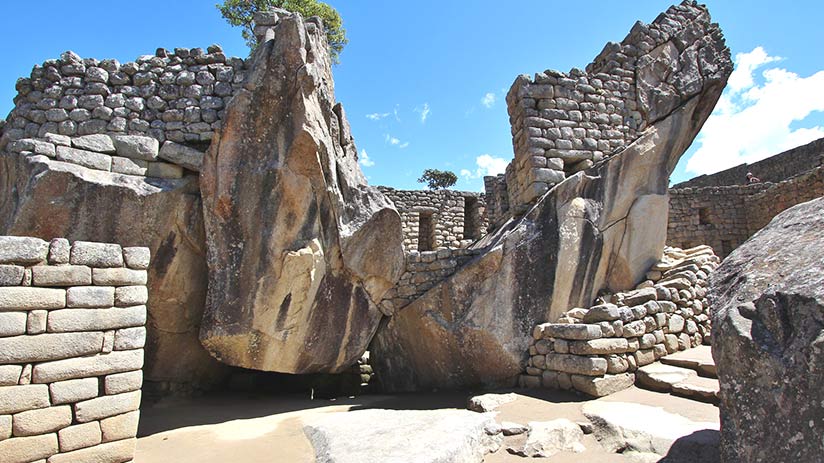 Temple of the Condor is situated in the eastern part of the urban sector of the city. Its name derives from the resemblance between its design and the form of the Andean condor. It would seem that this area of Machu Picchu served as a prison or punishment cells. In the interior of the structure, there exists a series of subterranean cells, and above a design resembling the wings of a condor. Also, a series of windows that appear to have been cells, with holes drilled into their sides where the hand of prisoners would have been tied. A great place to visit in our Machu Picchu vacations. 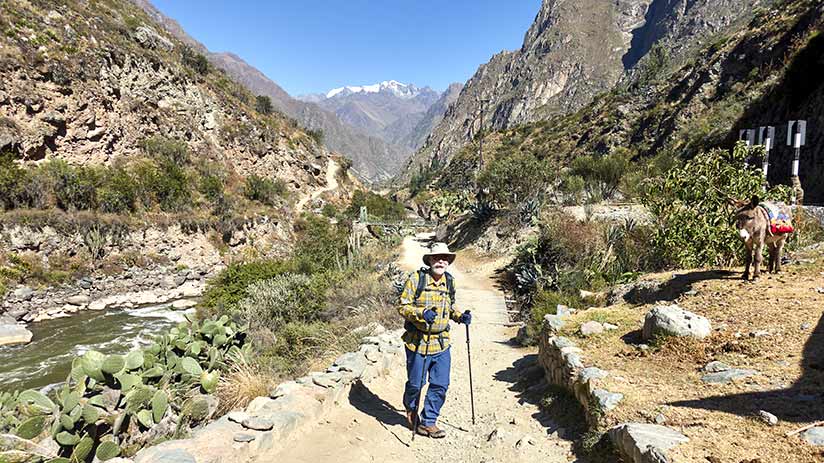 If you’re wondering how to get to Machu Picchu, you should know that unless you do the famous Inca Trail, the only way to get to Machu Picchu is by bus to Aguas Calientes. The Incas built a vast network of highways linking the four corners of their state with Cusco, their capital, and the other cities within Tahuantinsuyo. This network of Inca Roads may have measured approximately 30,000 kilometers. One of the most famous Inca highways is the one that leads to Machu Picchu from the Sacred Valley. It begins just north of Ollantaytambo and follows the course of the Urubamba River. Crossing mountain ranges on its 50-kilometer length and reaching heights of 4,200 meters.

We hope you enjoy the most in your Machu Picchu vacations. Live the moment and concentrate on the countless views you will find throughout the archeological complex.

Peru has so much to offer, it can be hard to know where to start. With many years of experience in the tourism sector, Machu Travel Peru is happy to help with anything regarding your trip to Peru and any tours around it. Make your travel experience an unforgettable one!