Pachamama meaning in the Andean culture

Those who wish to visit the magical country of Peru may notice how its inhabitants have great respect for Nature and ecology. Their beliefs are strongly rooted in the syncretism of the Catholic and Inca religions, their culture, and the Inca worldview. Especially their Andean traditions (that continue to be practiced), where certain beliefs date back hundreds of years ago if not thousands, despite the arrival of the Spanish conquerors and their attempts to quickly and abruptly extirpate the Inca religion and replace it with the Catholic. We are talking about their most important belief, the Pachamama, one of the first deities to appear in pre-Hispanic cultures.

An offering to the Pachamanca is one of the oldest, most sacred rituals and one of the most interesting things to do in Peru, without a doubt. And for this reason, together with the travel experts of Machu Travel Peru, we have prepared a small article about Pachamama. So, when you arrive in the country, you will not be surprised by the many rituals that take place in the surroundings.

The main beliefs of the Pachamama before and after the conquerors

Pachamama is an ancient female deity worshiped by local Andean and Amazonian people. She represented the “Mother Earth”, she who provides food, support, and shelter to her inhabitants (sons). Nowadays, she receives offerings at planting and harvesting times in the Andes, inhabits mountains, causes earthquakes, and is related to fertility. At least, that was the belief of the Incas before the arrival of the Spanish.

The goddess Pachamama or Mama Pacha was one of the most important deities of the ancient inhabitants of Peru. So, this deity can be understood not only as mother earth but also as the nature that we perceive in her. And the life cycle that it comprises. In this form, this deity cared about the fertility of the people and the ripening and harvesting of crops. She also represented the earth’s generosity and abundance, and she used them to protect those who worshiped her. Therefore, the concept of Pachamama is generally related to agricultural production. And when it comes to current customs, the Pachamama belief is still valid and very much alive. Today, although there are considerable changes due to the growing Catholic faith, its workshop continues, and his adoration is maintained in Andean cities such as Cusco.

What is the meaning of the Pachamama word?

Long before the Incas, the Pachamama was the deity that represented nature in the cultures of ancient Peru. But,  What is the Pachamama meaning? Well, If you wonder what language is spoken in Peru? Spanish is your answer. But it was not always like that, in the past, the language of the Incas, Quechua, was spoken. Precisely, the Pachamama word translates to Mother Earth from the ancient Quechua language. The word “Pacha” can be translated into various words such as the universe, world, or more commonly, earth, while “Mama” translates to Mother.

Pachamama in the Incas times

Although it is true that the Sun was the main god of the Incas, there were others who gained relevance over time, even more so after the Spanish conquest, The Pachamama was one of them. Remember that the Incas were the result of conquests and unions of different pre-Incas cultures, human settlements, and little villages situated throughout the territory (the Tawantinsuyo) before the XIII century.

These cultures and towns had their own deities and their own ways of worshiping them. In this form, the Incas adopted some of these gods like the Sun (Tiahuanaco pre-Inca culture), the Pachamama (Chavin pre-Inca culture), and the most important of all, Viracocha god or the doer of everything (worshiped first by the Caral culture, after by the Chavin, following by Wari and Tiahuanaco pre-Incas cultures). Until these days, the oblivion of this last god by the Incas is a mystery, the truth is that they replaced him with one who accompanied them during the day, providing them with heat and energy, a visible god like the Sun.

In this form, With the conquest of the surrounding cultures, the Incas were taking influenced and other religious aspects that were later incorporated into their culture in general.

However, together with the Sun, the Pachamama managed to survive the oblivion subjected to Viracocha by the Incas. She was the female soul of nature, which is why the Andean people regarded her as the provider of everything: life, food, animals, water, atmospheric and geological phenomena, and fertility, among others element of the great biodiversity in Peru. Not to mention that the entire Inca economy was based on agriculture, so you can understand the importance of Mother Earth in their culture. The Pachamama used to be fertilized by the rain and the Sun God himself, delivering bountiful harvests for her children.

One of the most important characteristics of the Incas’ worldview was duality. Each female thing had to have her male counterpart. Do not confuse the concepts of good and evil. Because the Incas understood that a god could be both merciful and punishing, good and evil could reside in them. For this reason, they paid him tributes in the form of sacrifice, to obtain the grace and mercy of gods, especially of Pachamama. Therefore, Pachamama had the Inti (Sun), the water had the fire, and the Kay Pacha (earth world) had Hanna Pacha (heaven world), among others.

According to some scholars, the Incas have a great sense of reciprocity when making offerings or payments (Challa in the Quechua language) to the Pachamama. These offerings consisted of packages full of dry coca leaves, fresh fruits, dry corns, Andean cereals like Kiwicha, Quinua, and more products that she gave them (you give me and I give you)  It is a ritual of reciprocity between the material and the spiritual world. These wrappers were buried in the same Pachamama but in specific places called Huacas. The Huacas were caves or dark sacred places in animals and mountain forms. In this way, they gave her the same products that the Pachamama offered them during harvest times. The rituals of the Pachamama were a way of thanking and balancing the relationship between man and nature. So that later man could take back his crops and fruits of the land.

If you make tourism in Peru, you’ll see this reciprocity in the current Peruvian people. Warm and helpful people, always willing to help foreign tourists. So, you know, this nice characteristic comes from the Pachamama rituals, from many years ago.

Pachamama in the colony

Upon the arrival of the Spaniards conquerors in 1532, they tried to extirpate the pagan Inca religion with violence and punishment and impose, with force and as soon as possible, the Catholic one. Of course, this was an excuse to dismantle and destroy Incas buildings where gold and silver objects, sheets, and bars dedicated to their gods were situated. The greed of European man knew no bounds, in this form, they extracted these precious objects, destroyed the Incas temples, and palaces, and built over them, Catholic churches, monasteries, and convents.

This kind of abrupt imposition not only was in the constructions but in the arts, too. The first art masters in the colony were friars, priests, and monks of the religious orders who accompanied the first Spaniards in the Cusco incursion in 1533, such as the Jesuits, Franciscans, and Dominicans. They taught the Inca people how to paint and portray their newly imposed gods, saints, and virgins, over paintings that would adorn the newly-built churches. But, one religion cannot be erased overnight. Therefore, the Andean apprentices painted and outlined virgins with forms of mountains (Apus deities in the Incas religion), and saints with brunette color, all of them in local landscapes represented perfectly (In honor of the Pachamama).

This kind of mix of Catholic figures with the Andean elements gave rise to the iconographic superimposition, the main characteristic of the “Cusco School” art style that was born between the XVI and XVIII centuries. Nowadays, this is a recognized artistic movement around the world. In this form, the Pachamama was the omnipresent deity of the Peruvian Andes in Catholic paintings. Of course, the rituals, and offerings to this deity continued to develop throughout the Colony period stealthily, every time, in more hidden Huacas, further away from the Spanish domains, managing to survive his cult through time.

Separate note: If you have a Peru tourist map, you will see these beautiful “Cusco School” paintings collections in museum-like Pedro de Osma in Lima, Religious Art Museum, or the same Cathedral, both located in Cusco.

Relevance in the present day

Over the years, the Pachamama celebrations have been nurtured with new meanings, concepts, and symbols. But the backbone of the celebration is based on a reciprocity offering that has not changed over the years. Also, it is worth mentioning that the celebrations differ greatly depending on the place and region of Peru, even some rituals precede Peruvian gastronomy fairs in August month. Besides in some Andean communities, the tradition of burying a clay pot with abundant food inside continues, besides fruits, seeds, coca leaves, Chicha de Jora, and everything else considered necessary are added to the pot. Once the pot (Challa in the Quechua language) is buried, and it is covered with a mound of stones in the form of a little tower, called “Apacheta”.

Usually, these kinds of offerings are developed on the first day of August in the Andean highlands and cities. Winds month when the Incas new year began, according to recent studies. Also, these rituals are not unique to August, usually, they also take place on the first Friday of each month. Some families do the ritual before going on a trip, before a major purchase, or before starting a major project. These days, when the planet suffers a clear and severe ecological crisis, the view of the Incas in nature proves to be one of the best-posed philosophies since many years ago. Therefore, If you are planning a trip to Peru, you should go to Cusco where you can witness the wise ways of the Incas related to the environment.

The Pachamama ritual, step by step

“EARTH WAS CREATED FOR ALL OF US, NOT SOME OF US”

As you can see, the cult of Pachamama is still very much alive in our time. And knowing about our ancient traditions so deeply rooted in our way of living is one of the ways to get to know Peru. Being able to be part of a traditional celebration is an excellent way to get to know the ancestral culture of the Incas. If you want to know more about our tours in Peru, you can consult with our qualified advisers. Together with Machu Travel Peru, we hope we have satisfied your curiosity. Our team of professionals will be delighted to help you make the trip of your dreams come true. What are you waiting for to start getting to know Peru?

In the same way, if you want to visit some of these places, you can consult Machu Travel Peru to organize a quick guided tour of the place. Our team of qualified consultants will be delighted to organize the trip of your dreams. We can include in your itinerary the visit to some of these incredible museums in Cusco. Do not miss it and start organizing with us from now on! 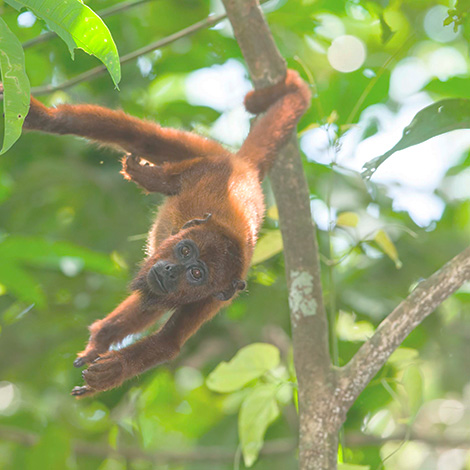