Many times, the titanic Machu Picchu tends to overshadow some other attractions within Peru. But this majestic archaeological site is not the only one available within Peru. Before the great expansion of the Inca Empire, there were numerous other cultures within the Peruvian territory. Many of these alternative cultures have left their traces in different constructions, temples, and citadels that have survived the passage of time. It is for this reason, that together with the travel experts of Machu Travel Peru we would like to tell you a little about those ancient ruins in Peru that are usually underestimated.

The greatest ancient Peruvian ruins to explore in a parallel tour 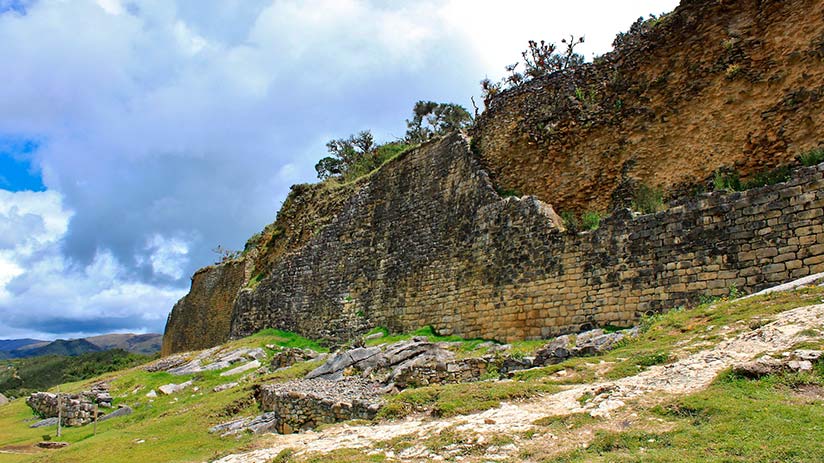 The wonderful and incomparable fortress of Kuelap was built by the Chachapoya culture in an Amazonian region covered with cloud forests. This wonderful walled city could be considered one of the most incredible hidden places in all of Peru. The fortress is surrounded by unsurpassed landscapes that blend organically with the architecture of the place. These ancient ruins can be comparable to the magical Machu Picchu in terms of their size and scale. The entire fortress is made up of more than 500 circular structures that were built six centuries before the arrival of the Incas. 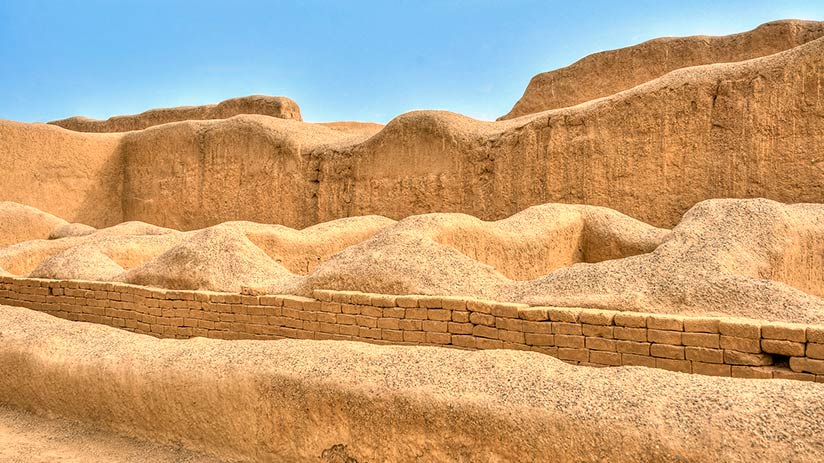 Considered one of the most ancient ruins in Peru, Chan Chan was one of the largest and oldest adobe cities in all of South America. This citadel can be located in the coastal region of northern Peru, very close to the no less surprising city of Trujillo. This adobe city covers an area of ​​more than 20,000 square kilometers and is made up of nine other walled subdivisions that functioned as warehouses, houses, religious and administrative sectors, among others. This amazing mud city was built by the ancient Chimú civilization, between 850 AD and 1470 AD. The Chan Chan Archaeological Zone was declared by UNESCO as one of the many World Heritage Sites that can be found in Peru. 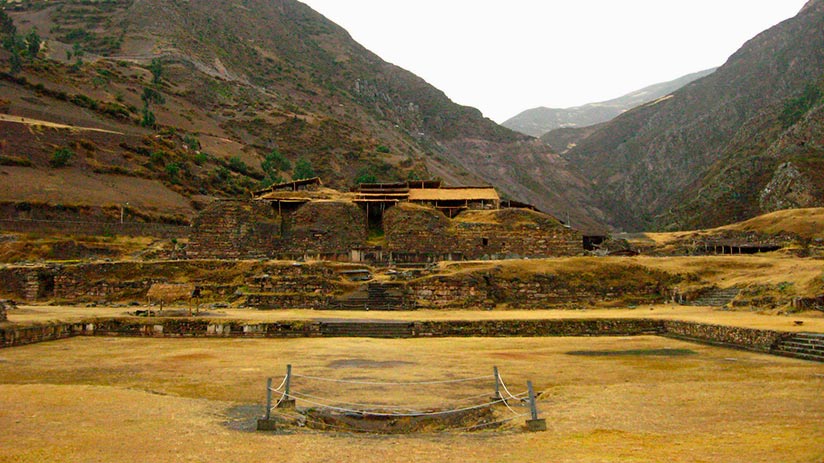 These ancient ruins were one of the most popular pilgrimage destinations for the different Andean communities. These different cultures came to Chavín to share their ideologies, customs, and traditions among other things. Inside the site, you can still see different monoliths of carved heads representing different deities. Its intricate architecture and the tunnel system it houses are one of the greatest attractions of the place. Today it is considered one of the most popular places in Peru where to enjoy alternative tours. 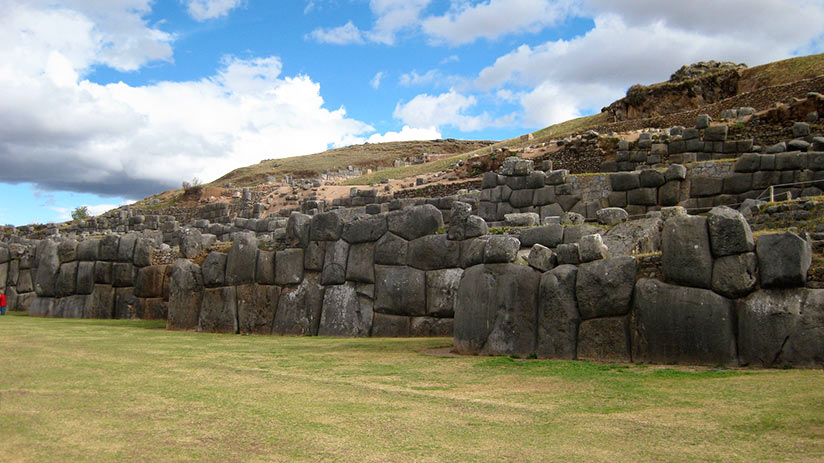 The Sacsayhuaman fortress is one of the main attractions around the Imperial City. These ancient ruins are very easy to explore on a day trip. The fortress shows the great skill of the Inca Empire in terms of its construction of bastions and walls. It is believed that this great ceremonial fortress was built during the 15th century in the reign of Pachacutec, however, it was Huayna Capac who finished this architectural wonder. The ruins are located about 3,700 meters above sea level and cover a territory of more than 3,000 hectares. It is without a doubt, one of the most surprising archaeological sites to visit. 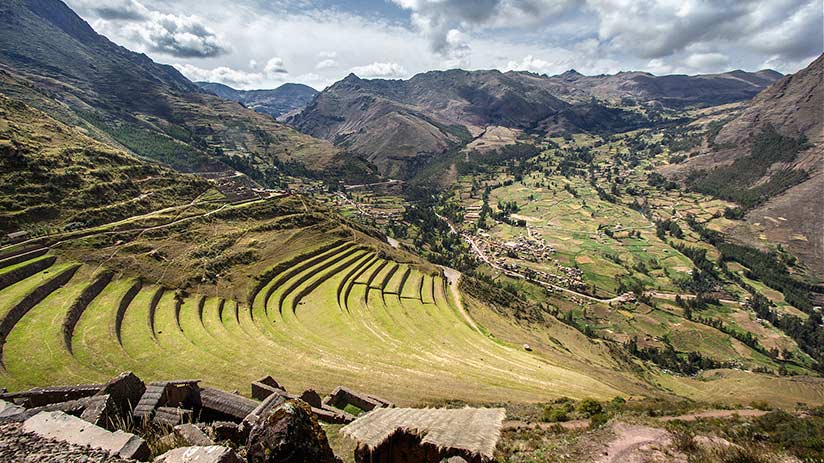 The beautiful traditional town of Pisac is just an hour’s drive from the city of Cusco, and above it, you can see the amazing Pisac ruins. You can reach it by a short but no less surprising hiking route, although certain taxis also usually drop you at the entrance of the ruins. The amazing agricultural terraces will lead you to a ceremonial center, some irrigation canals, Inca baths, and other incredible attractions. These ancient ruins are usually part of a tour through the Sacred Valley that explores numerous other archaeological sites. 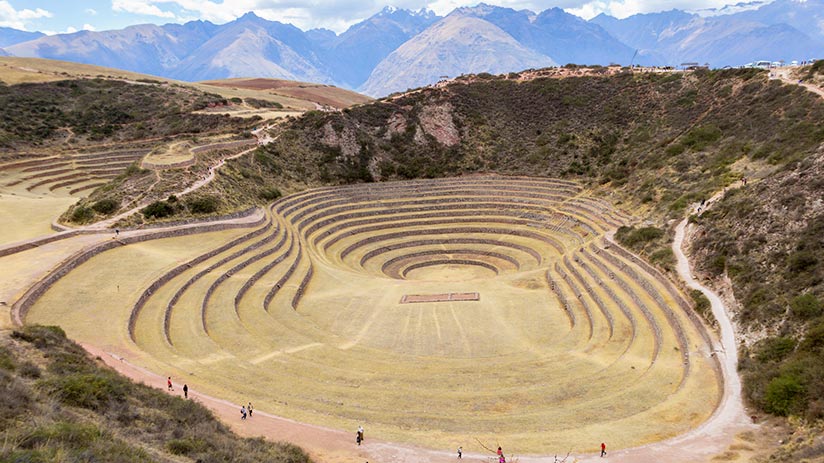 Both attractions are within the confines of the Sacred Valley map. Maras is a small city that hides one of the most peculiar ancient ruins of the Inca Empire. To the north of the city of Maras are a surprising series of salt flats that continue to be used to this day. While Moray is located about 9 kilometers from the salt mines, making it a great destination to complement your visit. The ancient ruins of Moray are made up of circular agricultural terraces that are not seen elsewhere. They have been used for agricultural experimentation purposes to compare different crops. 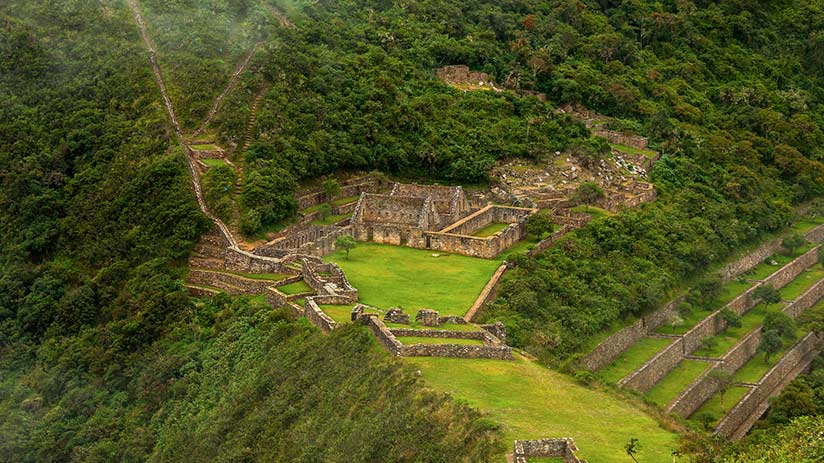 This incredible fortress is located about 10,010 feet above sea level, between the regions of Cusco and the Amazon jungle. It is very similar in scale and scope to the citadel of Machu Picchu, with some even considering Choquequirao as the brother city of the anticipated wonder. Due to its difficult access, it is not usually as crowded as the Wonder of the World. But if you have the good fortune to explore this site on one of the many tours in Peru, you will not regret it.

“A RUIN SHOULD ALWAYS BE PROTECTED BUT NEVER REPAIRED – THUS MAY WE WITNESS FULL THE LINGERING LEGACIES OF THE PAST.”

As you can see, there is much more to visit than Machu Picchu. We hope together with the travel experts of Machu Travel Peru to have been helpful in your search for ancient ruins. If you are looking to satisfy your craving to feel like an explorer, do not hesitate to consult with our qualified advisors.