Festivals and Holidays in Peru

Peru is a country full of traditions, a rich culture, and an extensive list of attractions to explore. And it’s no surprise that in the midst of all of that, there are a host of festivities throughout the year. Peru celebrates around 3,000 festivals each year, most of which are in honor of a patron saint’s day. Being a Catholic country, many holidays have religious overtones. These saints were introduced as part of the Christian calendar. Most of these have been integrated with the native traditions of Peru and add color and flavor to the daily life of the Peruvian people. These celebrations along with the typical dances are acts of religious devotion that fill people with joy. Therefore, together with Machu Travel Peru, we have prepared a small article. Meet some of the best festivals and holidays in Peru!

All of the festivals and holidays in Peru month by month

In January, you can see many festivities and holidays in Peru. On January 20 in Cusco, the “Chearaje en Canas” is celebrated. It is a fight within the communities as it was carried out in Inca times. Slingshots called “Waracas” and “Liwias” are used, in addition to other weapons as well. All in an effort to flirt with the young girls of the town. Don’t worry if Peru is safe, as this celebration is just a traditional display from ancient times. The international Surf tournament is held on Huanchaco beach through the third week of January. Although the date may depend on other factors. The anniversary of the Foundation of Lima is on the 28 January with celebrations usually taking place in the historical center of the capital, this goes along with other tourist and cultural activities.

Through February a large number of holidays in Peru are celebrated. The Festival of the Virgin of the Candelaria, which is considered one of the most important festivals in South America. February 2 is the most important day of the party. It is when the Virgin leaves the church to go round and round the streets, the party lasts all month. It is one of the most celebrated processions during this month. Most towns have carnivals, which are held in the second part of the month. But the City of Puno has the biggest with hundreds of different dance teams competing for the best dance prize. If you plan to visit Puno in February, make sure to check the local parades.

In Cusco during the first half of March, the Señor de Los Temblores is celebrated. To celebrate the Lord of Miracles. Also in March is Holy Week, one of the most popular weeks throughout the year within Peru. When planning a trip to Peru you should consider Holy week, the major cities in Peru come alive with religious parades and festivals. All of them usually feature statues of Christ and other saints which are paraded through the streets and the local people throw flower petals. Holy Week in Cusco is one of the holidays in Peru that you cannot miss for anything in the world. 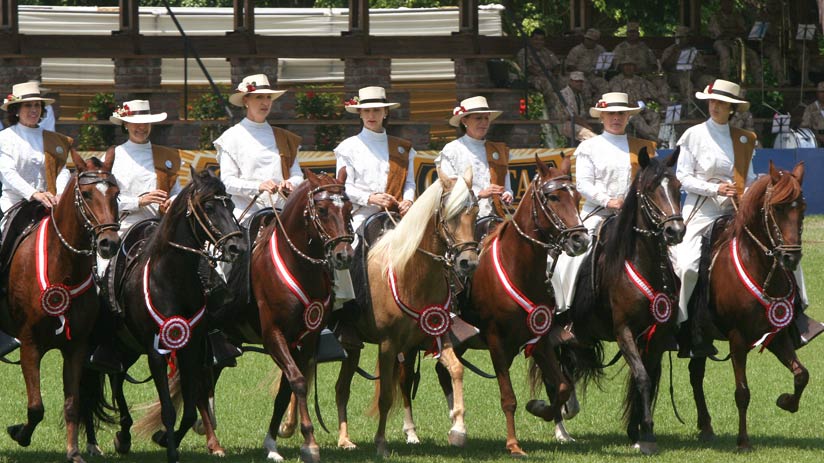 During the first week of April, the Holy Week celebrations continue with some important processions. But after Holy Week there are usually no other major festivities of importance. Festivals and holidays in Peru in April are a little quieter than other months with the only exception of the National Horse Riding Competition. The Peruvian Paso horse is a breed that descends from horses that the Spanish bought to South America.

In Arequipa, the main celebration in May is the Virgen del Chapi or the Virgin of the Purification. The local people make a pilgrimage going through the desert of Arequipa. The festival features music and food and the main celebration day is 1 May. Through the first week of May, Ica celebrates Pisco Day. Pisco is the Peruvian brandy and one of the most emblematic drinks in the whole country. In Ica, tourists can choose to visit the different wineries of Tacama, Ocucaje, El Carmelo, Vista Alegre, and others. A tour in Ica while tasting the main wines and the different Piscos is a great way to enjoy May. In May the festivity of Cruz Velacuy in Cusco is also celebrated. During the celebration, it is customary to carry crosses from some peaks, hills, and sanctuaries. Always accompanied with music, folk dances, and food.

June is a big month in Peru for festivals; In Cusco, the anniversary of the city is celebrated. During the month, there are traditional activities and food on offer. Also in Cusco in June is the Inti Raymi Inca festival. Inti Raymi is the traditional festival of the Sun, to which the Incas worshipped. The festival coincides with the winter solstice and the harvests. The festival takes place on 24 June and you will need to book tickets.

Also in June in Cusco is Señor de Qoyllur Riti, which is the largest pilgrimage in South America. More than 10 thousand people walk on foot to Ausangate Mountain, worshipping a painting of the black Niño Jesus. The pilgrims return from the mountain with blocks of ice that they place on their lands to irrigate with the sacred water. Another religious festival to experience in June in Cusco is Corpus Christi. All the saints are taken from the Churches in Cusco and are paraded through the streets. And this is a spectacle not to be missed.

July is recognized for having some national holidays. From 27 to 29 you will find locals celebrating the Independence of Peru. The country celebrates this day with a variety of celebrations, which typically include food, music, fairs, and lots of partying. On July 28, the declaration of Independence in Lima by Jose de San Martín is commemorated. While on July 29 you usually enjoy the Great Military Parade. And on July 30, the Thanksgiving ceremony for Peru is celebrated, always in the presence of the President of the Republic and other high authorities. Being able to vacation in July is one of the best family vacation ideas. 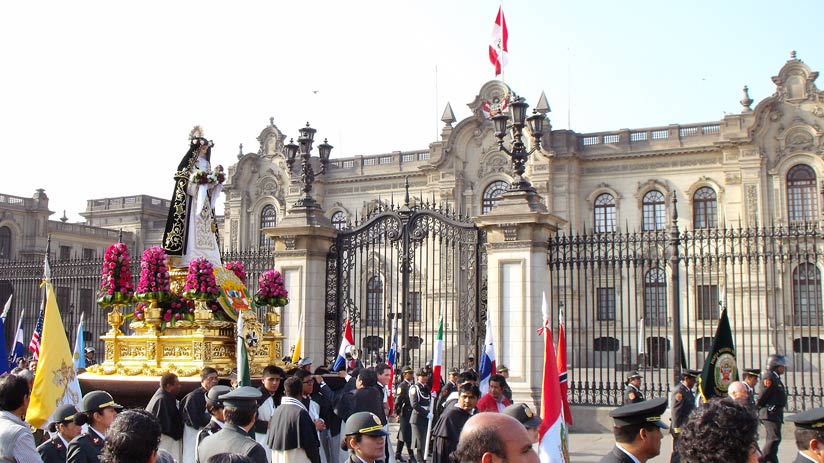 The most important festival in August is that of Santa Rosa de Lima. The faithful visit her sanctuary and the shrine that she constructed. A common tradition is when pilgrims throw petition letters into the well where she threw the key to her chastity belt. August 15 is also the celebration of the Anniversary of Arequipa. Many locals from all over the country flock to the White City to pay tribute to this important date. A popular folk festival usually takes place accompanied by bullfights, handicraft fairs, allegoric cars, and much more. Arequipa is one of the most famous places in Peru, so its anniversary is a special time to visit it. 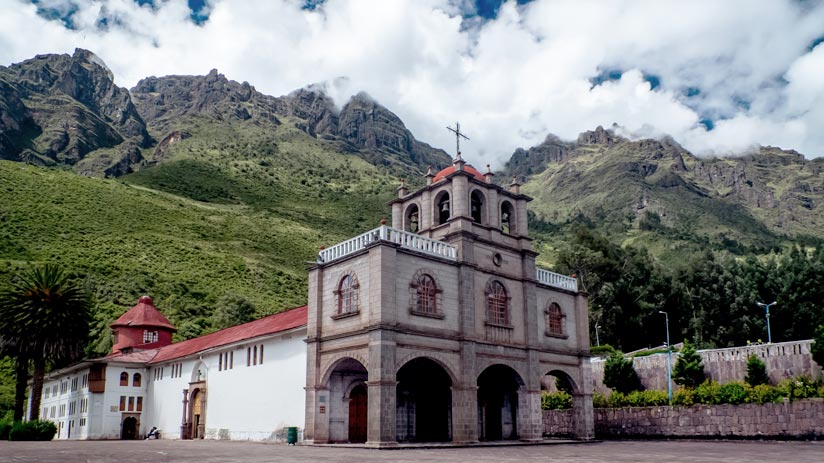 In the region of San Salvador near Cusco, Señor de Huanca is celebrated. Thousands of people travel to the church of Señor de Huanca in the month of September but the main celebration day is September 14. One of the festivals in Cusco that you cannot miss.

During the month of October, the Señor de Los Milagros is celebrated. The faithful celebrate throughout the month dressed in purple. Lima is flooded with purple in its streets and clothes. On the day of possession, all wear purple robes, sing and pray accompanied by the image of the Lord of Miracles. In Lima, October 31, the day of the Creole song is celebrated. Especially in the tourist districts of Barranco, Miraflores, La Victoria and Barrios Altos. There you can see the different restaurants, and nightclubs playing Creole music and dancing to the Marinera among other things. Make sure to take advantage of the tours in Peru during the month of October.

The Day of all Saints and the day of the Deceased are both celebrated on the one & two of November and these festivals are celebrated all over the country. The days feature a mix of Christian and Indigenous beliefs. In November, the Week of Puno is also celebrated. At the beginning of the month, certain dramatizations are carried out about the birth of Manco Cápac and Mama Ocllo. They emerged from the waters of Lake Titicaca to found the well-known Inca Empire. You can enjoy a great folk festival, craft fairs, exhibitions, conferences, competitions, and much more.

On 24 December, the festival of Santurantcuy takes place in the Plaza de Armas in Cusco. The Plaza is full of stalls selling arts and crafts as well as all you will need for Christmas. Christmas is celebrated in Peru as it all over the world on 25 December with all of the church having Mass and other activities. With Peru, being a very religious country, Christmas in Cusco is a very special time to be in Peru.

“GRATITUDE UNLOCKS THE FULLNESS OF LIFE.”

There is no better time to go to Peru, with festivals throughout the year any time is excellent. The list of things to do in Peru is endless, so do your research and book a trip to Peru today! Being able to enjoy this magical country during its festivities and holidays in Peru is one of the best things. Together with Machu Travel Peru, we hope to be of help. If you want to know about our different routes, you can consult with our team of advisers. Even if you are looking to stay during one of these festivities, you can book with us!