This year the World Travel Awards Grand Final evening was held in the J W Marriot Pu Quoc Emerald Bay in Vietnam. The hotel features five-star luxury designed by Architect Bill Bensley, with most of the 244 rooms and suites featuring break-taking views of Emerald Bay. Winners from all over the world came together on 10 December 2017 for the glittering ceremony.

The World Travel Awards celebrates its 24th anniversary this year and is acknowledged across the globe as the ultimate travel industry accolade. Always attended by the most important executives from major travel companies and operators, the World Travel Awards events are universally respected as providing established, top marking opportunities globally. The awards aim to celebrate organizations that provide industry excellence. 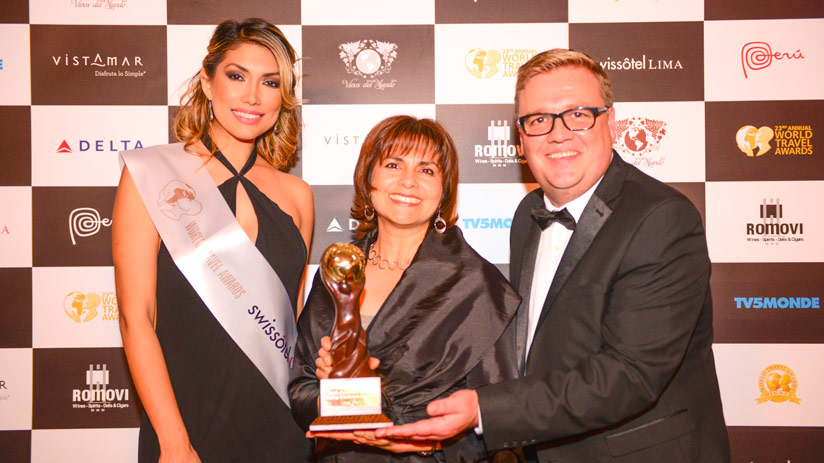 There were many winners on the night and we would like to congratulate all, too many to mention but a special congratulations goes out to the following;

However, what we are most proud of is the awards Peru received at this year’s Grand Final awards.

Firstly, Peru received the honor of being voted the World´s Leading Culinary Destination for 2017 with the fierce competition from countries like Argentina, Australia, China, France, India, Italy, Japan, Malaysia, Mexico, Spain, Thailand, and the United States, it was a great honor to win. Being the sixth time Peru has received this award, this cements Peru as the world´s leading food destination. Lima is the food capital of Peru and features three restaurants in the world´s top 50. The first Central, situated in the elegant Miraflores District, the secret to this restaurant’s success is the original and daring menu. A fusion of traditional Peruvian food with a modern take, the restaurant is a delight for foodies from all over the world. Next is Maido, which is a fusion of Peruvian and Japanese food with tastes you might not believe. The last being Astrid and Gaston, by the famous Peruvian chef Gaston Acurio. Acurio is responsible, so some say, for taking Peruvian cuisine to the world stage, the chef has restaurants not only in Peru but in many other countries also. His dishes are made from local ingredients with dishes from the coast, the highlands, and the jungle. 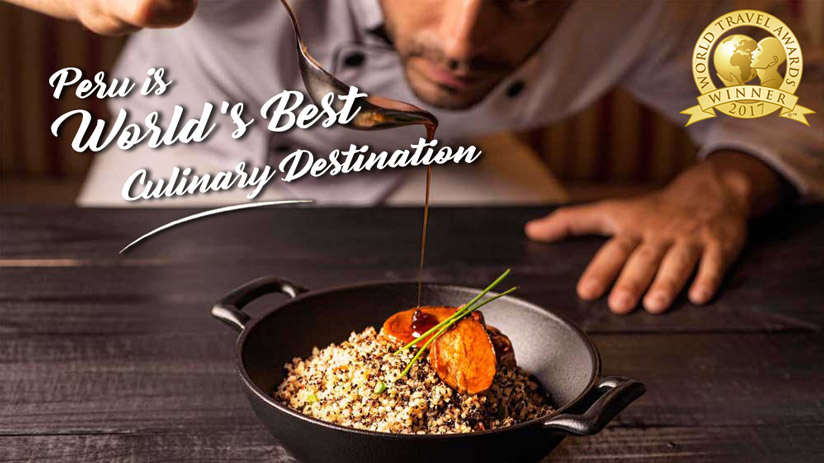 However, while on your culinary journey through Peru do not just try the five-star restaurants, in all of the major cities there are small restaurants selling typical Peruvian food for very reasonable prices. The portions are large and the food very hearty. Also do not forget to try what is known as a Menu, this will be advertised at the front of the restaurant and normally features a soup, Peruvian second, and either a drink, known as a Refresco, or a dessert. The street food is also good, so try the different varieties of food on offer in Peru.

The second award Peru received at this year’s World Travel Awards was, Machu Picchu, as the World´s Leading Tourist Attraction, a great honor, beating such magnificent places as the Great Wall of China, the Las Vegas strip in the United States, Mount Kilimanjaro in Tanzania and Sugarloaf Mountain in Rio. Receiving many thousands of tourists every year, the Inca Citadel is the most visited place in Peru, if not South America. Popular for its history and the legends that surround it, Machu Picchu is located on the side of the mountain in the Andes mountain range. Hidden for centuries the site was never discovered by the Spanish invaders so it remained largely intact until it was discovered by Yale professor, Hiram Bingham in 1911. Looking for something entirely different, he stumbled across the site with the help of a local farm boy. 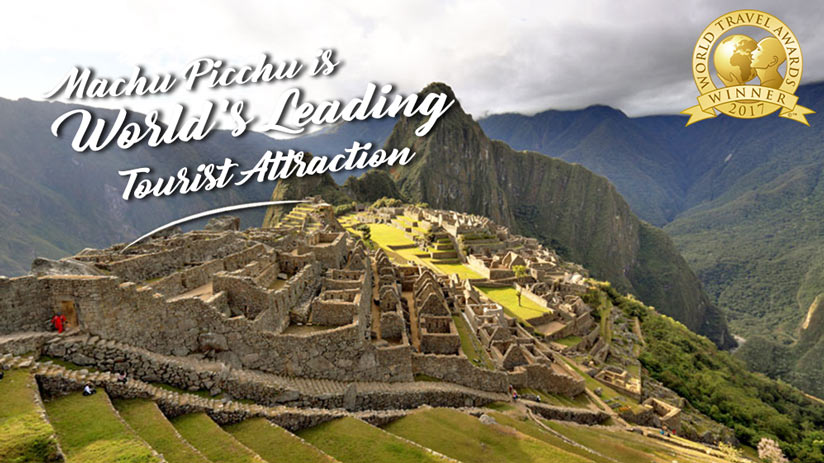 Today Machu Picchu can be visited on a budget with the tourist train available and budget accommodation to suit. Alternatively, if the budget is not an issue there are luxury trains and five-star accommodation to help pass your time in Machu Picchu. Also available for the adventurous are many different hikes, from two to seven days, these treks are exhausting but the rewards are worth the effort and the expense. These treks pass through beautiful valleys, cloud forests; pass mountains and lakes before reaching the Inca City of Machu Picchu.

Everyone should visit the famous Machu Picchu, the World´s Leading Tourist Attraction, once in his or her lifetime. If you want to travel to Peru, this country is the perfect destination for your next vacation.

Congratulations to the Government of Peru for these great honors, with continued hard work and dedication Peru culinary genius and Machu Picchu will continue to top the World Travel Awards.