The Twelve Angled Stone in Cusco

The great architectural dominance of the ancient Inca civilization is one of the aspects that continue to baffle academics around the world. And one of the mysterious wonders that are lost in time is the ruins of a building called Hatun Rumiyoc. It was built with huge polygonal stones, carved and fitted with extraordinary precision. It was one of the most incredible constructions of ancient Cusco and today only its walls remain standing. In its walls, you can find some hidden wonders such as the shapes of local animals integrated into the structure or the wonderful twelve angle stone. And together with the travel experts of Machu Travel Peru, we have prepared a small article with all the main details of this incredible stone.

WHAT IS THE TWELVE ANGLED STONE? 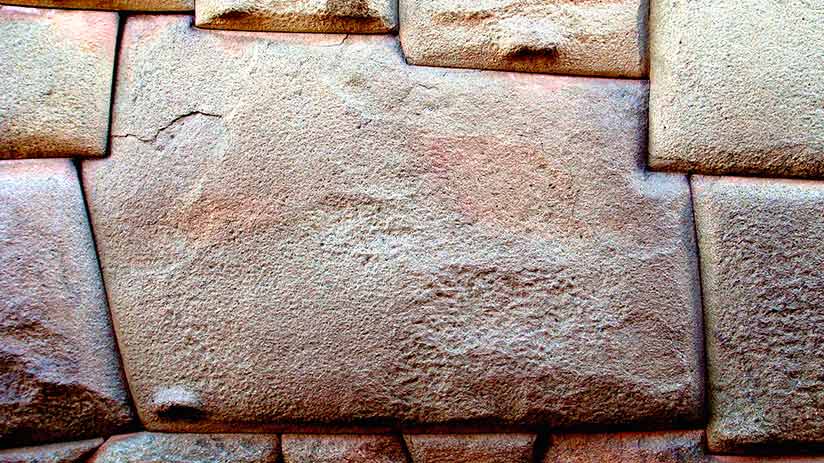 The twelve angle stone of Hatunrumiyoc in Cusco is one of the most sophisticated examples of Inca ingenuity. It is made up of about 12 angles that fit perfectly into the adjacent wall. This majestic stone was laid by the Incas more than 700 years ago. The rock is made up of igneous rock of green diorite, is about six feet deep, and weighs more than six tons. Behind this stone, a much deeper meaning is hidden since it is believed that it represents the division of the 24 families of Cusco (12 families during the Hurin dynasty and another 12 during the Hanan dynasty). The twelve angle stone was originally part of the Roca Inca Palace, but starting in the early 20th century it became part of the Archbishop’s palace. Today it is one of the many attractions of Cusco to visit along with the various archaeological ruins around.

HISTORY OF THE STONE 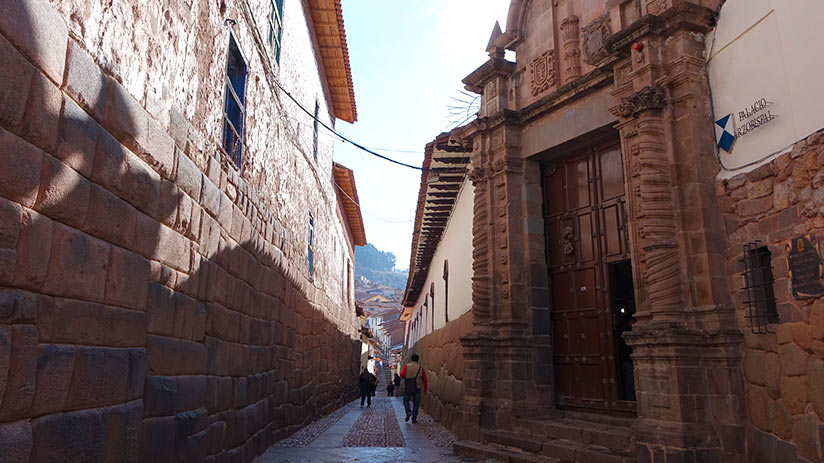 The twelve angled stone is a rock embedded within an ancient Inca wall and is considered one of the most representative figures of perfection in Andean culture. The twelve angle stone has become a historical and cultural element within Cusco. The stone demonstrates the advanced architectural and technological level for its time, with an awareness of anti-seismic structures. Sadly, the history surrounding this ancient stone can get a bit confusing. It is known that the stone belonged to the Inca Roca palace until the arrival of the Spanish. Then a beautiful colonial building was built on the foundations of the palace. Later, it would become the Museum of Religious Art of the city of Cusco and the Archbishop’s Palace. The immense and solid wall has gained a notorious popularity today, becoming one of the many things to do around Cusco. Today it is one of the most photographed attractions of the beautiful Imperial City.

WHERE TO FIND IT? 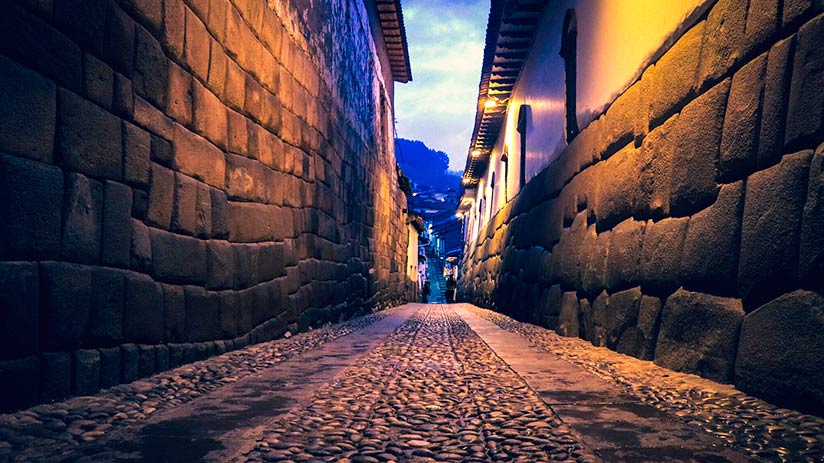 The amazing twelve angle stone is located within the city of Cusco, on Hatun Rumiyoc street, approximately 500 meters from the Plaza de Armas. This stone is part of one of the main walls of the Archbishop’s Palace and the Museum of Religious Art. You can easily get to it from the famous Plaza de Armas. If you go up to Triunfo Street you will head towards Hatun Rumiyoc Street, which is known for being full of handicrafts, clothing, and jewelry stores. From there, it is easy to distinguish the twelve angle stone. Within our Cusco travel tips, we highly recommend acclimatizing a little before embarking on a tour of the city.

HOW TO VISIT THE TWELVE ANGLE STONE 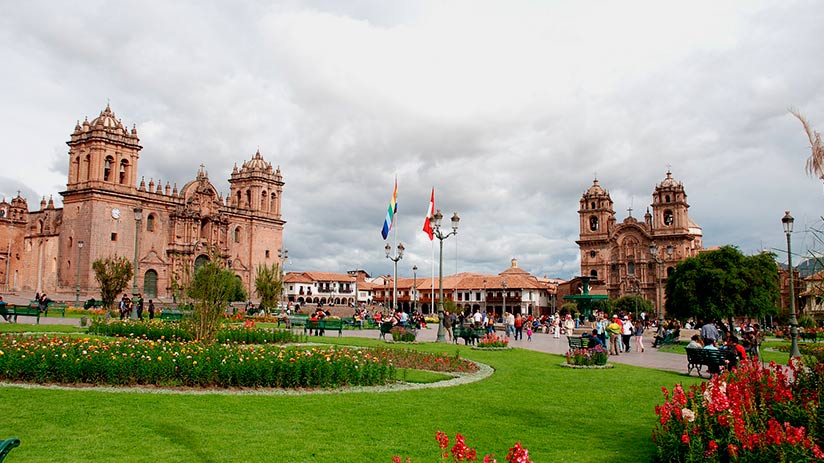 You can visit the twelve angle stone as part of a free walking tour of Cusco. These usually depart several times a day from the nearby Plaza de Armas. But if group tours are not usually your thing, on a private Cusco city tour you can enjoy a tour of the main attractions of the Imperial City, including the twelve angle stone. Together with a certified tour guide, you will be able to decipher the confusing history of this enigmatic stone. It is better that you know that it is forbidden to touch the stone and the Inca wall. You will be able to take infinite photos but always with respect and conscience. 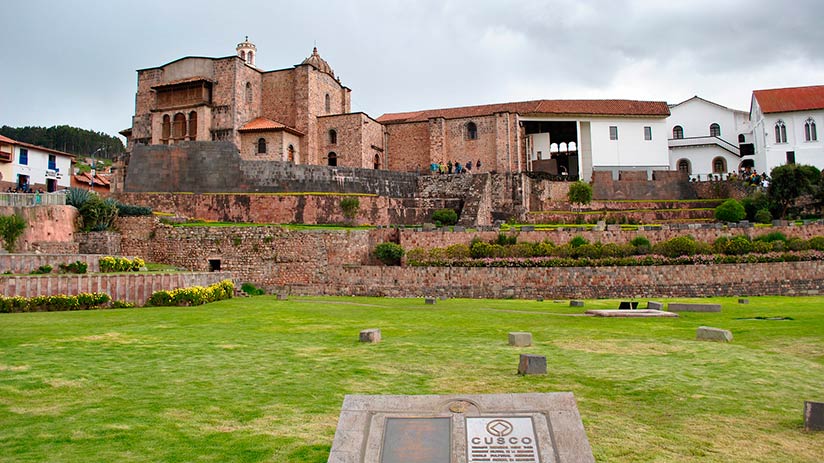 Fortunately, the twelve angle stone is strategically located in the historic center of the city, making it a popular stop within the different city tours. Being within the tourist route of numerous journeys, you will have the opportunity to visit other incredible attractions of the city. Like the beautiful San Blas neighborhood, one of the most popular regions for young people and artists. Or also the popular San Pedro market, where you can enjoy the traditional flavor of Cusco. Even the different museums in Cusco are a great alternative to learn about the history and culture of the city. In conclusion, within Cusco, you will find much more than the enigmatic twelve angled stone… and we, of course, recommend taking a look at the different tours in Peru.

“DON’T LISTEN TO WHAT THEY SAY. GO SEE.”

We hope together with Machu Travel Peru to have clarified the most important aspects of this stone. You can visit the stone whenever you want since it is one of the most accessible and easy attractions to visit. If you want to start organizing some type of private tour, you can consult with our qualified advisers.