The immense Andean Altiplano is where the Lake Titicaca, the world’s largest high-altitude lake, takes place. Its waters house the mysterious and fairy-tale Lake Titicaca floating islands which contain a unique cultural richness because its predominantly indigenous communities still maintain the traditions of the Pre-Inca and Inca Empire. According to the Andean people, Lake Titicaca is the birthplace of the sun.

But where is Lake Titicaca? Located in the quiet but privileged city of Puno, which is considered the Folkloric Capital of Peru and America because of its colourful and varied folklore. It is immensely rich in music, dances, customs and legends which make this city, without a doubt, the richest and dazzling place of the whole continent.

In order to get to Lake Titicaca floating islands, we recommend you to plan your tour ahead of time and begin the adventure! 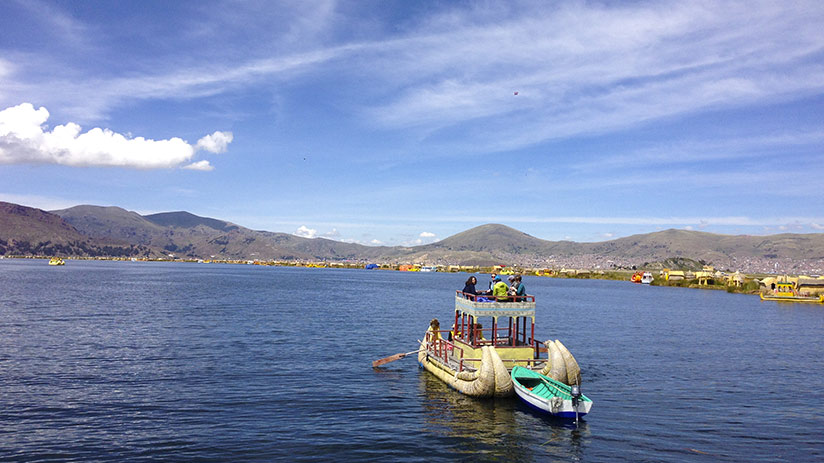 The waters of this mirror-like lake contain numerous mysteries and questions such as “what do inhabitants of the floating islands do for living?” or “how is it possible to live on a floating island?”

But there is a particular Lake Titicaca mystery that many people want to decipher: how are the Lake Titicaca floating islands built?

These man-made islands are made of totora (a reed that grows in shallow places) that floats in abundance along the lake. But totora occasionally disintegrates to the bottom of the Lake Titicaca so the inhabitants have to continually maintain the islands. Every 20 days, they have to add a new layer of totora. Also, the floating islands are attached with ropes, stakes and stones that sink into the lake.

The lake is dotted with dozens of charming islands and the number keeps increasing. But your Lake Titicaca tours have to include the most remarkable islands such as Uros and Taquile Islands.

Just a 30-minutes boat ride from Puno’s port, there is the home of the ancient indigenous Peruvian tribe, the Uros people, which have lived on the floating islands for centuries.

According to history, the Pre-Incas Uros people were forced to construct their floating homes when the Inca Empire expanded onto their lands and drove them out. Uros people didn’t want to fight, they only wanted to live in peace, so retreat onto the lake was a good way to defend themselves from the aggressive Collas and Incas. Even, Uros people had their own language called “pukina” but over the years, they adopted another ancestral language called Aymara. 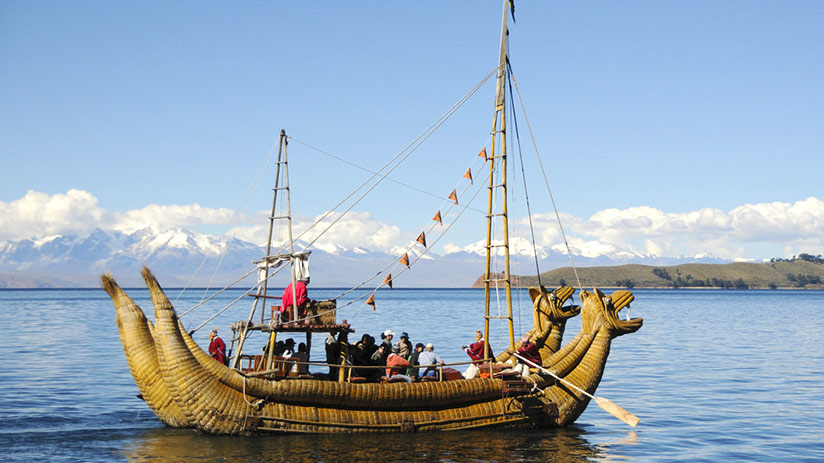 Uros people also eat the soft white part of the totora which provide them with nutrients and help them to avoid some illness like rheumatism and arthritis.

On the other hand, they have lived with a self-sufficient lifestyle. Fishing and hunting are their basic sources of food and wealth. Tourism contributes to their economy as well because the number of tourists is increasing. They also sell beautiful and colourful totora handcraft. In addition to that, the Peruvian government gave them solar panels for electricity, medical centres and floating schools. 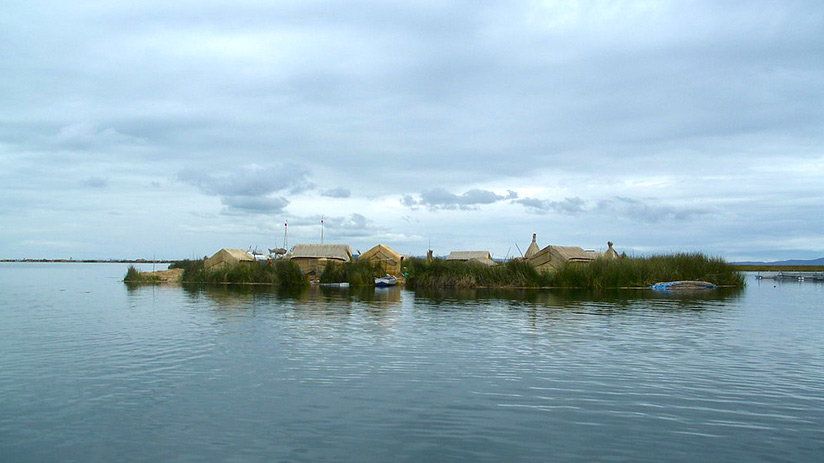 * There are currently around 50 Uros floating islands in the Peruvian side of Lake Titicaca.

Taquile is not a floating island, but it is a beautiful terraced island situated in the middle of Lake Titicaca, where you can find interesting archaeological sites and stunning views of the lake. It is located 35km east of the city of Puno and two-and-a-half-hour boat ride from the Uros Islands. 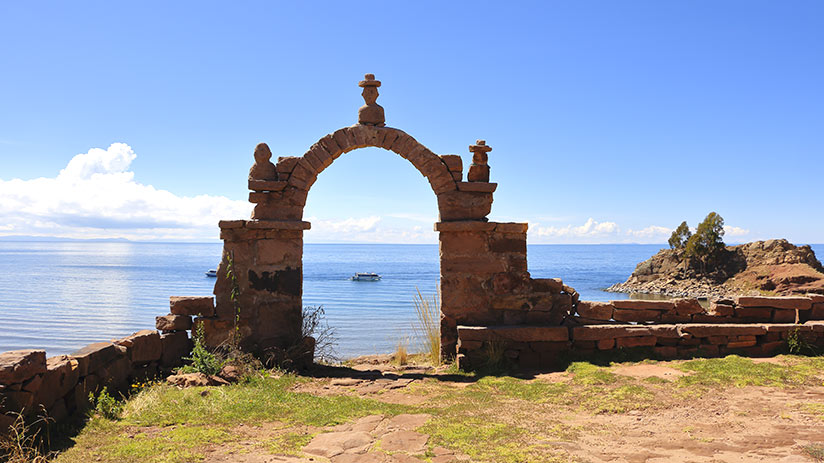 Taquile Island is famous for the remarkable quality of its textiles. It is strongly integrated into Taquile culture that women and men learn weaving and knitting as part of their early education.

All men in the community wear hats with different patterns, which depend on their marital status; young men use their knitting abilities to attract a wife. They want to show that they are hard workers when they put a lot of time and effort into knitting.

The population of the island is around 2000 Quechua-speaking indigenous people who work as a collective community. All families share food and funds between each other. In order to support the island, they fish and farm on the old terraces. Tourism is an important part of their economy as well.

Getting to Floating Islands

There are different ways to get to the floating islands but the common route for most travellers is going from Machu Picchu to Lake Titicaca. As we mentioned before, Puno is the Peruvian gateway to Lake Titicaca. We will give you some options for how to get from Cusco to Puno:

The PeruRail Titicaca Train is a luxury service which has a bar car, 2 dining cars and an observation car at the back. This service offers an incredible show with traditional Peruvian singers and dancers. In addition to that, the breathtaking landscapes you will able to see will make this ride an unforgettable experience. The ride is estimated to take around 10 hours and it only has one stop of 10 minutes.

This one is the most popular way to get to Puno and see Lake Titicaca floating islands. The ride takes about 10 hours and it has a few extended cultural stops, some of them are at 2 temples and a museum. Also, the tourist bus makes a stop for lunch (it is included in the ticket price). 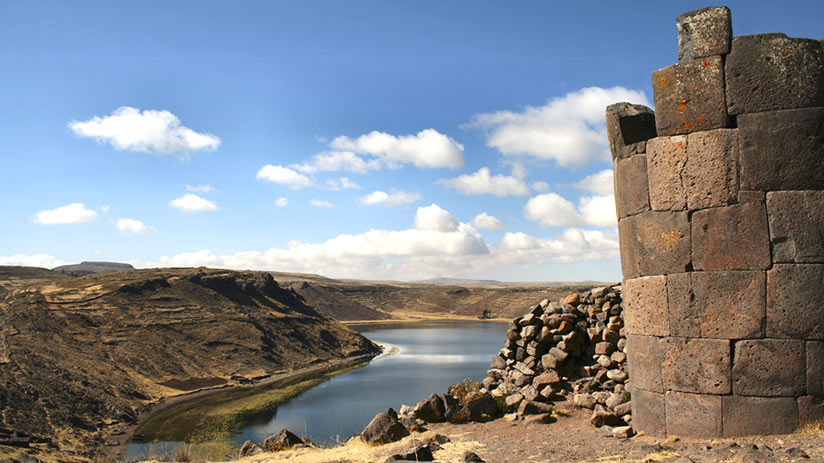 There is a legend…

According to the legend, the magical and mystic Lake Titicaca was the place from which emerges Manco Capac and Mama Ocllo, the mythical founders of the Inca Empire in the extraordinary and captivating city of Cusco. 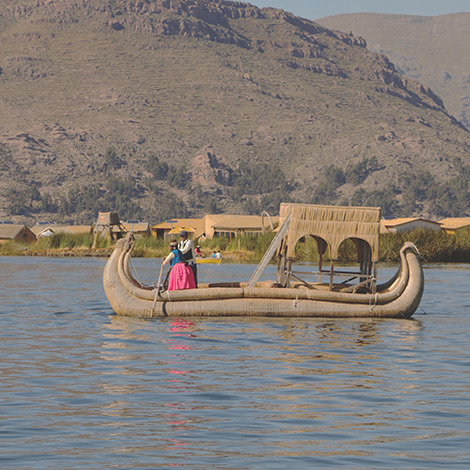 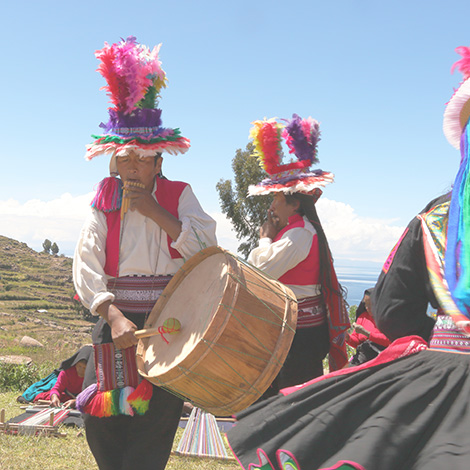 Authentic Traditions at the Sacred Lake

#MachuPicchu ⛰ Soon we will be able to see you a