Party, dance, music, magic, all  of this and more in the city that has been recognized as one of the most beautiful in all of Latin America. Cusco is a mystical place, full of culture and tradition that each year receives millions of tourists who love the best experiences but especially lovers of the most sublime pleasures that such a cozy place can provide. Cusco will never stop to amaze its visitors with its great cultural variety that keeps in its depths the incredible story of a city. 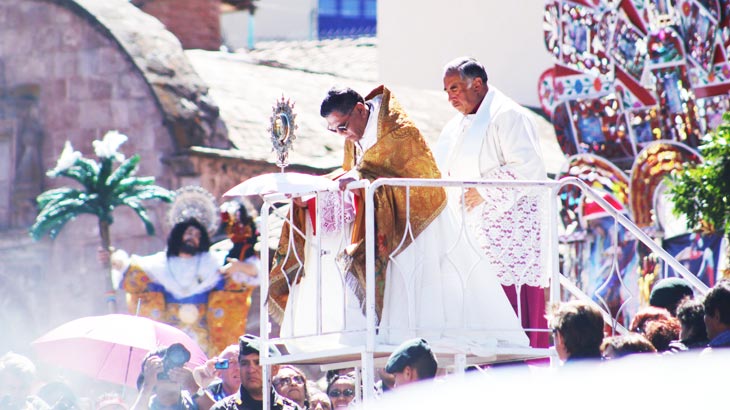 There is no season in which the city lost its attractive appeal, because it never stops to be beautiful and magical, but if there is a season that is worth coming, that is certainly at the time of Cusco anniversary holydays; between May and June. The whole city turns into one full of festivities and celebrations during these months. From the famous Inti Raymi (Festival of the Sun, Quechua: Inti = Sun, Raymi = party) to a spectacular evening full of “Sound and Light”. But the most remarkable religious festival that is held between May or June (depending on the year) is the great Corpus Christi (Body of Christ, Latin: Corpus = Body, Christi = Christ), a religious holiday celebrated all around the world since ancient years, but in Cusco it has taken a greatest importance. This festival makes hundreds of pilgrims gather in downtown, the best traditional cookers set up their ingredients to serve the best cuzqueño traditional food, and the most skilled musicians and dancers are ready to dance with the best steps of the traditional Andean dances. 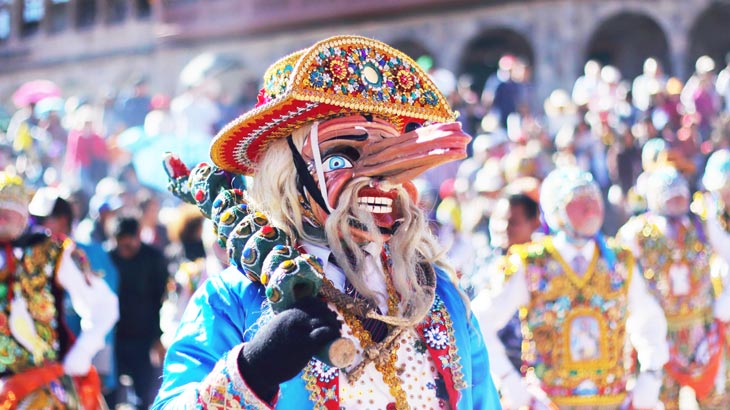 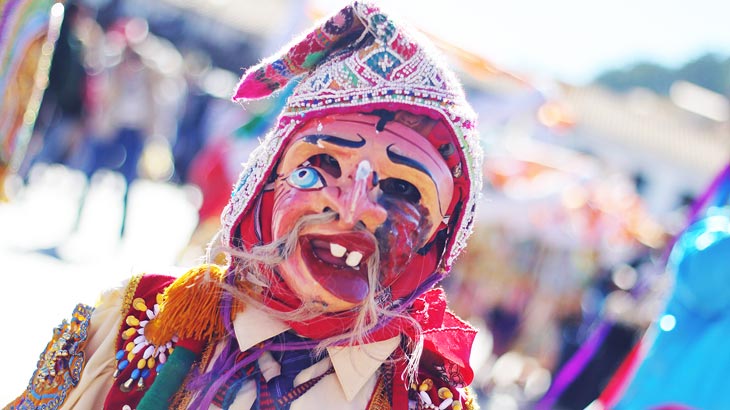 The Corpus Christi in history as it is known today started once the Spaniards arrived to Cusco, since then, this tradition is transformed and reinstituted with the new religion imposed by the Spanish Crown. According to some legends, as the Incas did not want to be subjected to a new religion and abandon their customs, they decided to hide their old mummies beneath the clothes of the Catholic saints, so in this way they were able to continue their secretly praising to the bodies of mummified priests and emperors, earthly representatives of the Blood of the immortal Inti or Sun (God of the Incas). Will these ancient and mythical mummies of the Inca Empire still been beneath those golden vestments that the saints and virgins wear? A mystery that perhaps, one day will be resolved. The Corpus Christi was celebrated for about 477 years uninterrupted, and according to some research, its first official celebration was in 1539, in a much more ancient Cusco with its Inca walls and old streets. Corpus Christi is an unforgettable experience that you cannot miss. 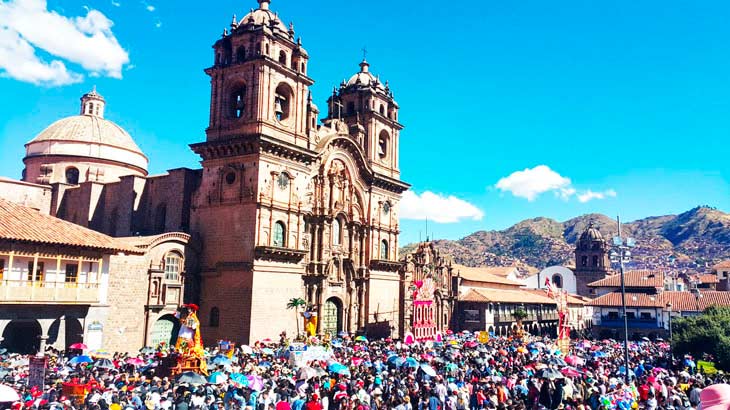 The celebration of Corpus Christi in its main day starts early, at 10:00 am with the Mass that is offered by the Archbishop of Cusco, Richard Daniel; dedicated to the sacred custody of Cusco, which symbolically represents Christ’s body. Some people and experts in history say that the custody is composed by precious metals and embedded to it are jewels that are invaluable. 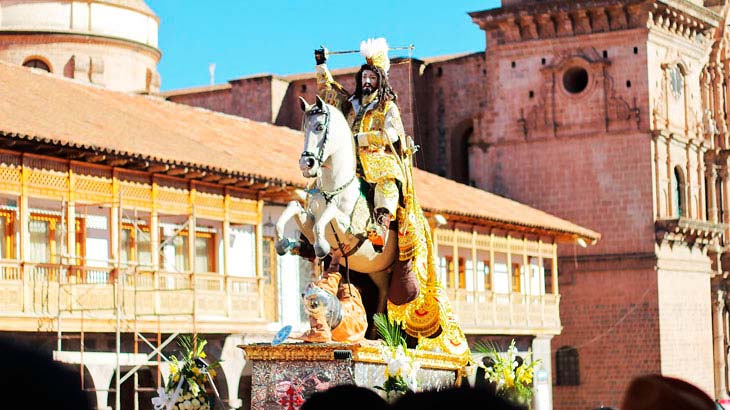 Once after the Mass has ended, the Archbishop Richard Daniel is in charge of taking with his own hands the custody and carries it to the famous silver carriage which is a beautiful piece of art decorated all of it with silver and artistic details. Once the sacred custody is on the carriage, it will go around the Plaza de Armas once, blessing the entire Catholic crowd in the Imperial city. After this short tour, the silver carriage returns to the beautiful Cathedral of Cusco and with it also the custody, after this the most attractive part of this party is about to start. The 15 most symbolic religious images of Cusco, among virgins and saints, are already waiting in front of the cathedral door to begin their exciting route around the Plaza de Armas. San Antonio Abad starting and ending with the Virgin of the Immaculate Conception, each saint is on the shoulders of brave and courageous chargers and accompanied by a group of musicians, and as they move around, it seems that the saints and virgins are dancing to the compass of the music that is played. After a while and along the Plaza de Armas, the saints stop at some points to relax the fatigue of those whose faith take on shoulders the incredible weight of each of these religious images, from 800 kilos of Our Immaculate Conception virgin, to the more than two tons of San Cristobal. 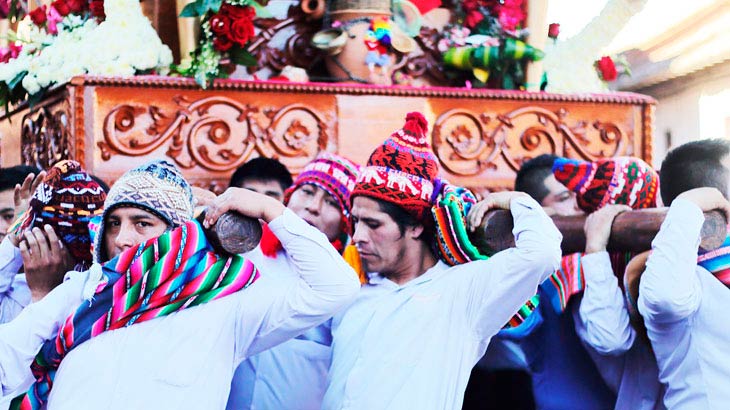 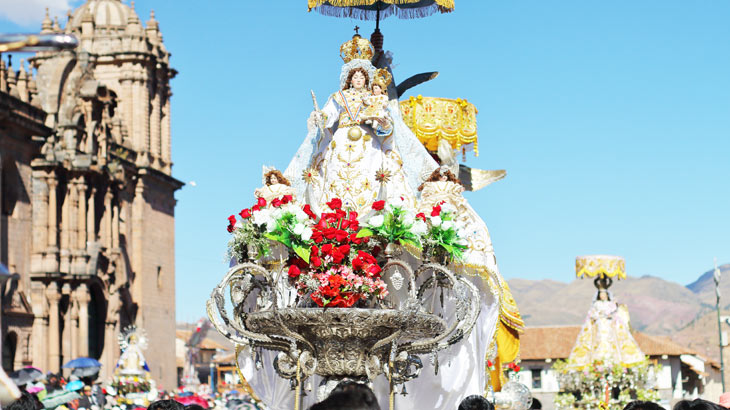 Each of the stunning sacred statues continue their way and while it they are blessing their faithful followers, other tradition are the famous Mirror Altars, colorful pieces of art decorated with mirrors and pictures of the different saints, that are built in front of the door of churches such as La Compañia de Jesus, as a sign of respect and veneration. At approximately 4pm, all saints finish their tour around and each of them gets inside the cathedral to take a predefined position in it. 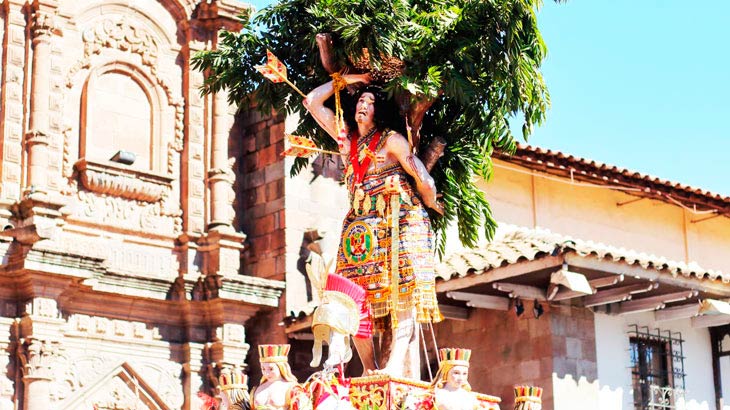 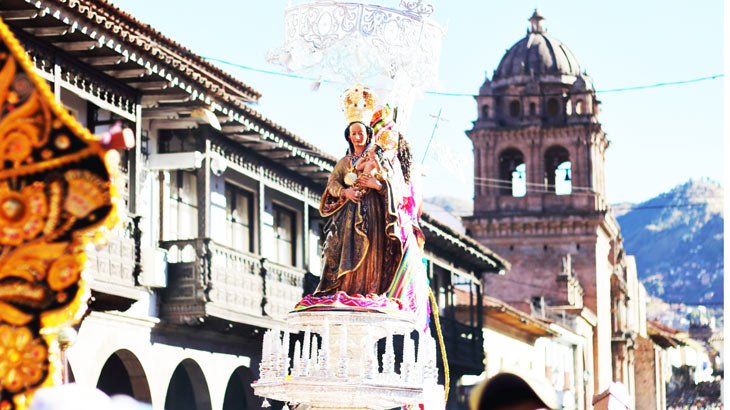 Corpus Christi ha also a culinary side full of tradition, and the delicious Chiriuchu is part of it. In Quechua (Chiriuchu: Chiri = Aji, Uchu = cold) means cold-spicy food precisely because of course the dish is eaten cold. Algae, Cheese, Corn, corn Tortilla, Chicken, Cuy, and some other elements make of this dish a delicious mixture of flavors and what better than a Cuzqueña beer to accompany this emblematic dish and enjoy this great experience in life. 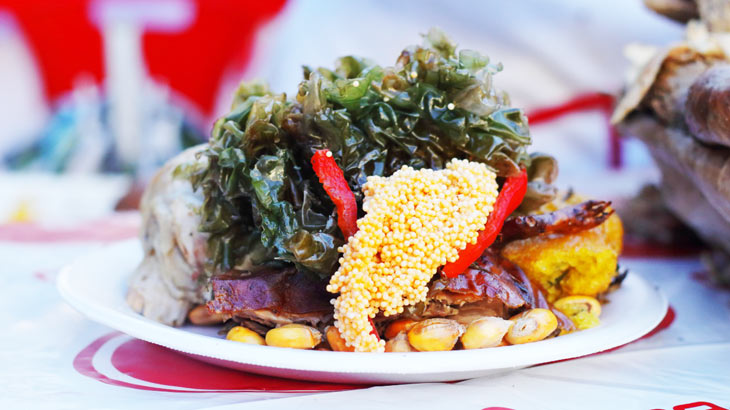