Plan Your Next Adventure Today!

Peru is a magical country, there’s no way to describe all the highlights that this destination evolves; you’ll see history, delicious food in the worldwide recognized Peruvian Gastronomy, culture, adventure and more. It’s a country with over 5000 years of history, one of the most diverse nations on the planet and a destination that holds infinite vacation destinations. Our Peru travel guide has all tourist information on the country and its main attractions to help you know a bit more before your trip. 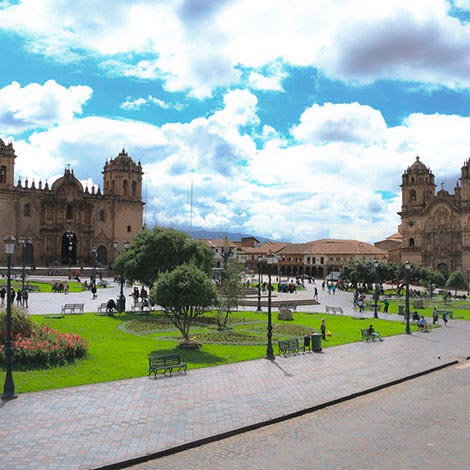 Cusco is a magic city, full of energy and attractions for tourism. We offer complete information about Cusco in our travel guide. 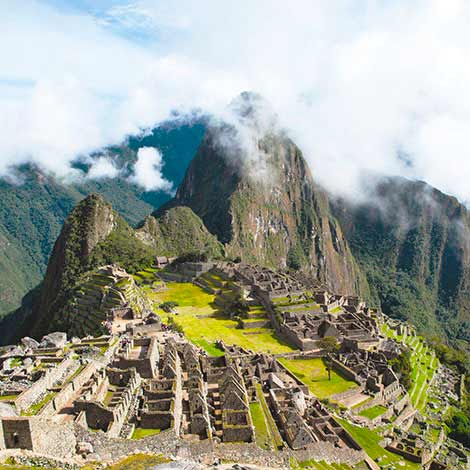 One of the wonders of the world, located in Cusco, is the most visited attraction, we offer information about this wonder for your trip. 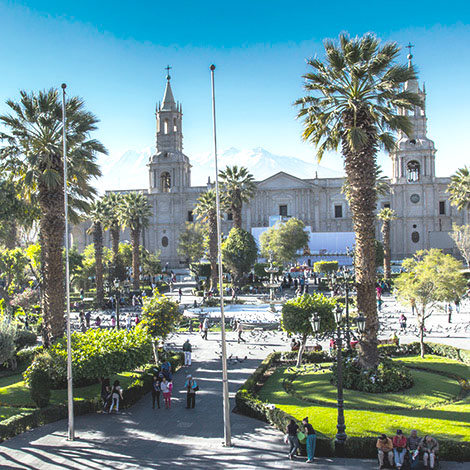 This travel guide will be a great travel resource to learn more about this tourist destination and explore the best attractions of the “White City”. 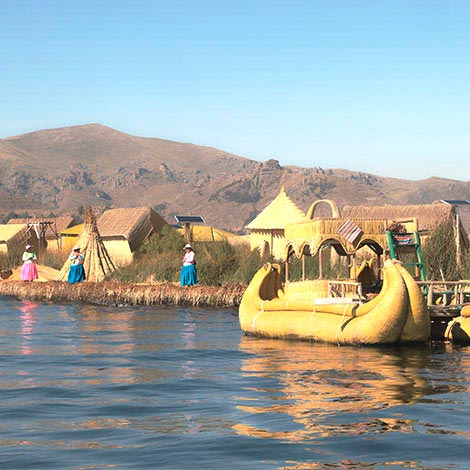 Useful information for your trip to Puno, you will know more about Titicaca Lake, the Uros Islands, and other attractions of this top destination. 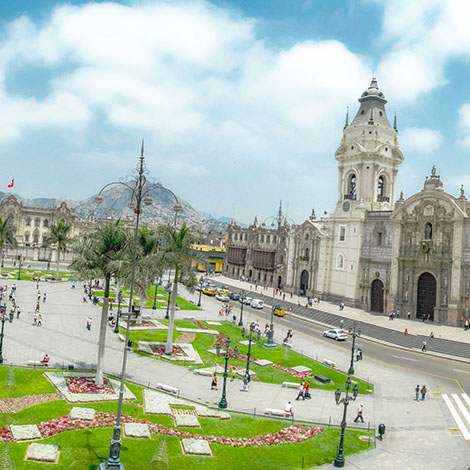 We offer you our Lima travel guide that includes interesting information about Lima, with maps, weather, activities, hotels and more. 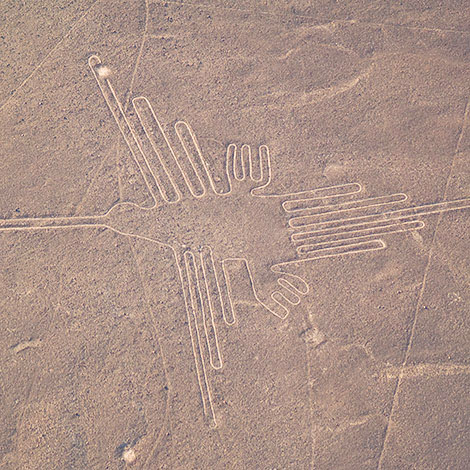 Nazca is a popular destination in Peru, its main attractions are the Nazca lines and its historical places that are quite visited for many tourists. 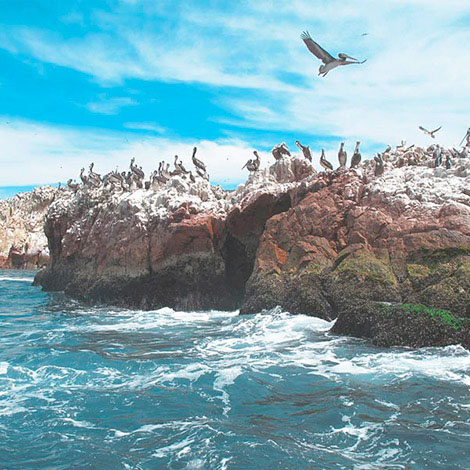 Paracas Travel Guide is a great resource of information to explore this coast town of Peru. Paracas has everything to enjoy your vacation. 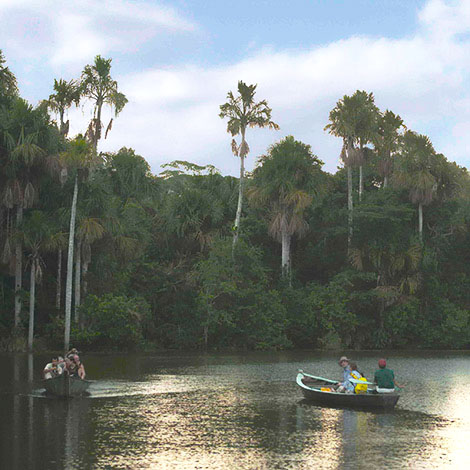 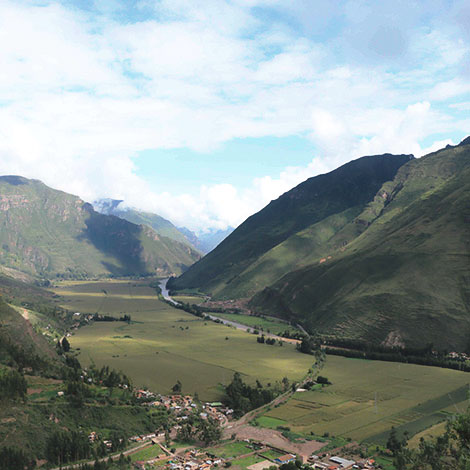 Tucked under the formidable foothills of the Andes Mountains is the beautiful Río Urubamba Valley, known as the Sacred Valley. 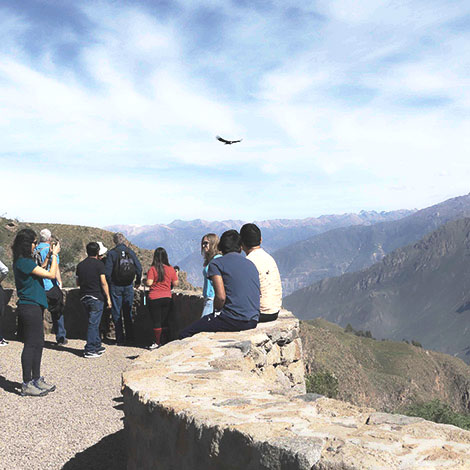 Just outside of Arequipa, you will find the magnificent Colca Canyon which you can tour and witness the amazing flight of condors’ flight. 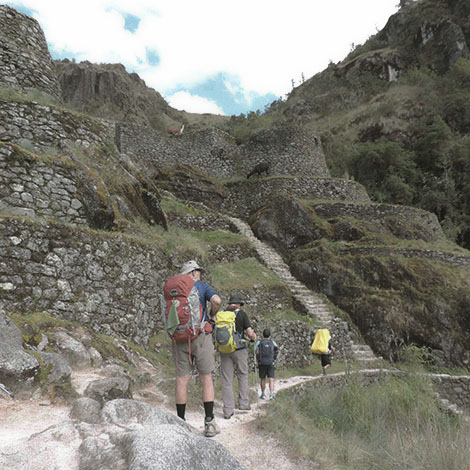 A walk through mysterious archaeological sites, a wide variety of Andean flora and fauna. At the end you will arrive at Machu Picchu. 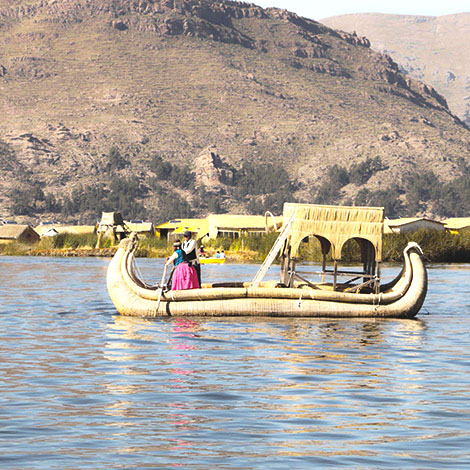 Lake Titicaca is famous around the world for being the world’s highest navigable lake, at over 3,800 meters above sea level.

The Andes Mountains cross the country from north to south, forming diverse geographical regions at varying altitudes and with distinct climates and creating 84 of the 115 life zones known to exist on the planet.
The most common way to define Peru in geographical terms is to divide it into three regions: the coastal desert strip, the rugged mountain ranges dotted with small highland valleys, and the Amazon basin with its lowland forests located to the east of the Andes.
However, since 1941 the Pan-American Institute of Geography and History has recognized eight geographical regions within Peruvian territory: Chala, or the coastal strip to an altitude of 500 meters; Yunga, which is composed of valleys and ravines situated between 500 and 2300 meters on the western slopes of the Andes (maritime Yunga) and between 1000 and 2,300 meters on both sides of the mountains; Jalca or Sunni, between 4,100 meters and 4,800 meters (the ideal altitude for llamas, alpacas, vicuñas and guanacos, as well as the majestic condor); Janca, above 4,800 meters; Rupa Rupa, or high jungle, on the eastern slopes of the Andes between 1000 and 400 meters; and, finally, Omagua, or the lowland forest of the Amazon basin, ranging in altitude from 400 to 80 meters. 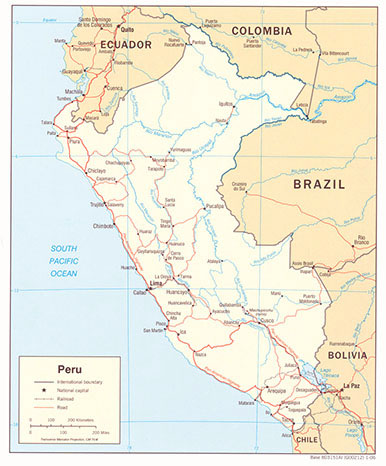 Unless you´re traveling overland through South America, you´ll need to fly to reach Peru. Although prices vary depending on the time of the year, how far in advance you buy, and the type of ticket, the main airlines seem to hold fares fairly steady and tickets can easily be bought online. Most people arrive at Jorge Chavez airport in Lima there's an airport hotel but it's a fair distance to downtown areas of Lima – Miraflores, San Isidro, Barranco – or even the old Lima Centro. A taxi to downtown Lima takes 35 to 55 minutes.

With distances in Peru being so vast, many Peruvians and other travelers are increasingly flying to their destinations, as all Peruvian cities are within a two-hour flight of Lima. Most Peruvians, however, still get around the country by bus, a cheap way to travel with routes to almost everywhere. In a few cases, it's possible to arrive by train – an interesting and sought-after experience itself – slower than the equivalent bus journeys.

Peru has the typical range of Latin American accommodation, from top-class international hotels at prices to compare with any Western capital down to basic rooms or shared dorms in hostels. The biggest development over the last ten years has been the rise of the mid-range option, reflecting the growth of both domestic and international tourism. Camping is frequently possible, sometimes free and perfectly acceptable in most rural parts of Peru, though there are very few formal campsites.

Peruvian cuisine is rated among the best in the world and is currently experiencing a period of flourishing self-confidence and great popularity overseas. The country´s chefs are adept at creating innovative new fusions with its fantastic wealth of food products, most of which are indigenous. As with almost every activity, the style and pattern of eating and drinking vary considerably between the three main regions of Peru. The food in each area, though it varies depending on the availability of different regional ingredients, is essentially a mestizo creation, combining indigenous cooking with four hundred years of European mostly Spanish influence. 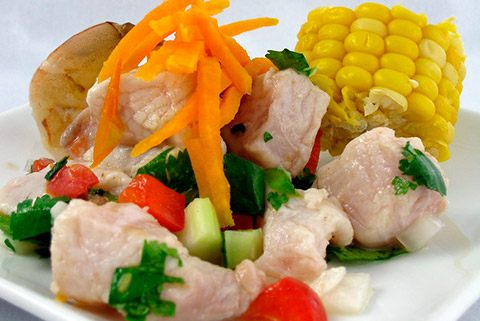 Public holidays, Carnival and local fiestas are all big events in Peru, celebrated with openness and gusto that gives them enormous appeal for visitors; note that everything shuts down, including banks, post offices, information offices, tourist sites, and museums. The main national holidays take place over Easter, Christmas, and during the month of October, in that order of importance. It is worth planning a little in advance to make sure that you don't get caught out. In addition to the major regional and national celebrations, nearly every community has its own saint or patron figure to worship at town or village fiestas. These celebrations often mean a great deal to local people and can be much more fun to visit than the larger countrywide events. Processions, music, dancing in costumes and eating and drinking from the core activities of these parties. In some cases the villagers will enact symbolic dramas with Indians dressed up as Spanish colonists, wearing hideous blue-eyed masks with long hairy beards. 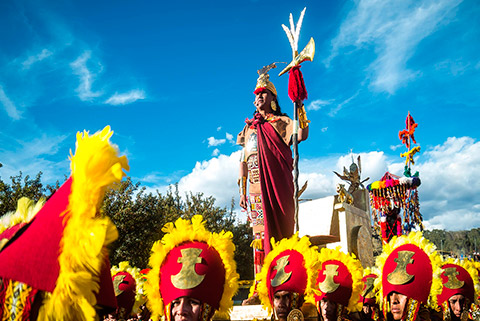 Few of the world's countries can offer anything remotely as varied, rugged, and stunningly beautiful as Peru when it comes to ecotourism, trekking, mountain biking, and river rafting. Apart from possessing extensive areas of wilderness, Peru has the highest tropical mountain range in the world, plus the Amazon rainforest and a long Pacific coastline, all offering different opportunities for outdoor activities and adventure.

The most popular areas for trekking and climbing are north and south of Cusco; the Colca Canyon; and the Cordillera Blanca. But there are many other equally biodiverse and culturally rich trekking routes in other departments: Cajamarca and Chachapoyas both possess challenging but rewarding mountain trekking, and the desert coast, too, has exceptional and unique eco-niches that are most easily explored from. Lima, Trujillo, Chiclayo, Nazca, Pisco, Ica, and Arequipa, where there is some tourism infrastructure to support visits. 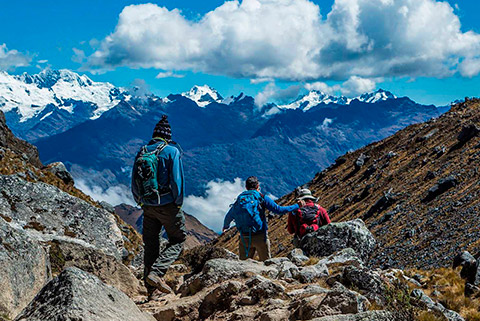 Peru is hard to beat for canoeing and whitewater rafting. The rivers around Cusco and the Colca Canyon, as well as Huaraz and neared to Lima, at Lunahuana, can be exciting and demanding though there are always sections ideal for beginners. Cusco is one of the top rafting and canoeing centers in South America, with easy access to a whole range of river grades, from 2 to 5 on the Rio Urubamba (shifting upgrades in the rainy season) to the most dangerous whitewater on the Rio Apurimac (level 6). On the Río Vilcanota, some 90 km south of Cusco, at Chuquicahuana, there's a 5km section of river that, between December and April, offers constant (level 5) rapids. 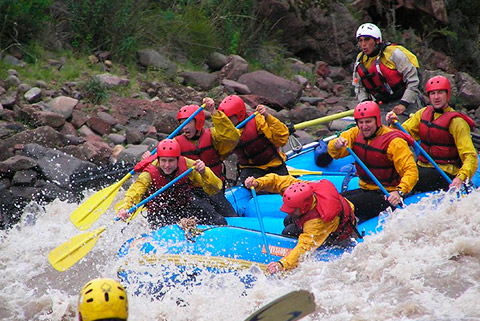 In Peru, cycling is a major national sport, as well as one of the most ubiquitous forms of transport available to all classes in towns and rural areas virtually everywhere. Consequently, there are bike shops and bicycle-repair workshops in all major cities and larger towns. Perhaps more importantly, a number of tour companies offer guided cycling tours which can be an excellent way to see the best of Peru. Huaraz and Cusco are both popular destinations for bikers. 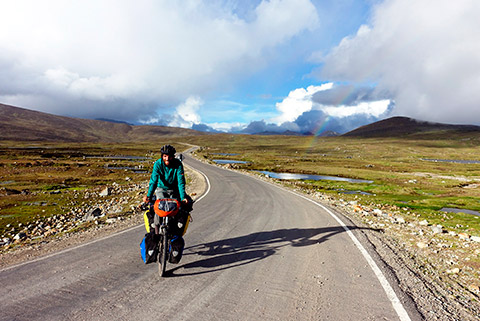 People have been surfing the waves off the coast of Peru for thousands of years and the traditional caballitos de totora (cigar-shaped ocean-going reed rafts) from the Huanchaco and Chiclayo beach areas of Peru are still used by fishermen who ride the surf daily. Every year around twelve thousand surfers come to Peru whose best beaches – Chicama, Cabo Blanco, Punta Rocas – rival those of Hawaii and Brazil. 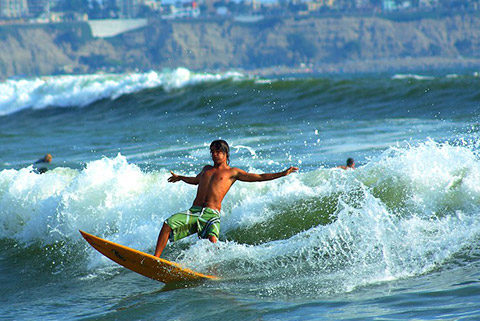