The Nazca Lines is one of the most magical and mysterious destinations that Peru is home to. You will be able to experience the traces of an ancient culture in which many theories and mysteries surround you. The great figures and lines are already impressive, but the dimensions and the great place they occupy demonstrate the great task that those who did them undertook. Being able to admire them on a flight will give you an idea of ​​why it is one of our many available World Heritage Sites. That is why together with Machu Travel Peru we have decided to prepare a small article about the Nazca Lines map and all the Nazca Lines images that you can find. In this way, when you decide to visit this incredible place, you can appreciate in-depth all the magic that surrounds this desert.

All you need to know about the Nazca Lines map

MAP OF THE NAZCA LINES 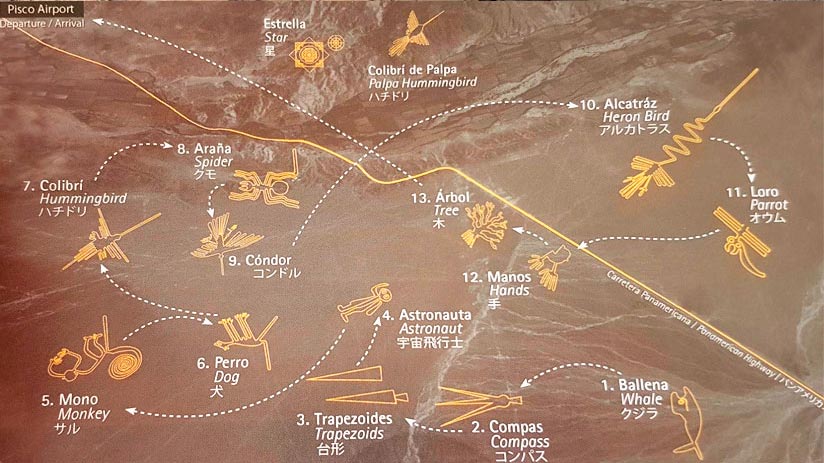 Most of the Nazca Lines cut through the desert landscape with an abundance of designs, images, and figures. These figures can represent simple lines as well as resemble different animal figures. From spiders, hummingbirds, monkeys, killer whales, lizards, plants, and lizards to mention a few designs. These lines were formed by digging shallow depressions in the middle of the desert floor. These shallow incisions revealed the contrast between the surface and the rocks below. The entire Nazca Lines map covers an area of about 450 square kilometers. That is about 175 square miles.

Within the Nazca lines map, you can see the different lines and figures that exist in the area. The Panamericana Sur crosses the entire Nazca Plain in a straight line and is usually a guide point to admire the different figures. To the left of the Panamericana are the figures of llamas, hummingbirds, fish, monkeys, dogs, condors, the spider, and many more. While to the right of the Panamericana you will find figures such as Lizard, Flamingo, Parrot, and others. Near the Maria Reiche Airport are other figures such as the Loom and the Needles. There is a lot to see, and the best way to see the Nazca Lines is through a reserved flight. Although it is not the only way, you can also appreciate them from the different hills or the viewpoint near Panamericana.

WHAT ARE THE NAZCA LINES? 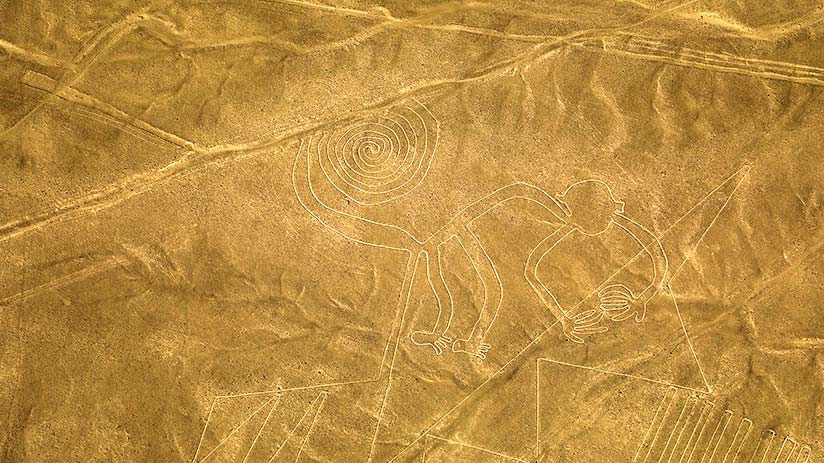 First of all, it is a good idea for you to learn everything you need to know before you go to Nazca Lines. So what are they? The Nazca lines are one of the most important destinations within Peru. It is visited and attended by all lovers of mystery, conspiracy theories, and ancient cultures. These are ancient geoglyphs found in the Nazca desert. They were drawn by the ancient Nazca culture and are made up of numerous figures ranging from simple lines to other complex geometric, zoomorphic, and phytomorphic figures. The lines and figures show the great geometric knowledge of the ancient civilization because they are very well proportioned for their dimensions. These can be best appreciated through a beautiful plane trip where you can see the different shapes and lines on the surface within the Nazca Lines map.

These incredible geoglyphs were recorded in the middle of the Peruvian desert. These geoglyphs are spread over a few miles of the arid and high plateau. The Nazca lines are made up of more than 300 geometric figures, 800 straight lines drawn and as many figures of animals and plants. Among them, the Nazca Lines Hummingbird is one of the images that you will appreciate. The Nazca Lines map was the object of study by archaeologists, scientists, and mathematicians among other scholars. They were in charge of studying and trying to reveal the purpose of the different geoglyphs. But despite their attempts, there is not enough evidence that can determine both the meaning and purpose of this site. And in an attempt to make sense of the place, numerous theories were elaborated. Some are more reasonable than others.

LOCATION OF THE NAZCA LINES 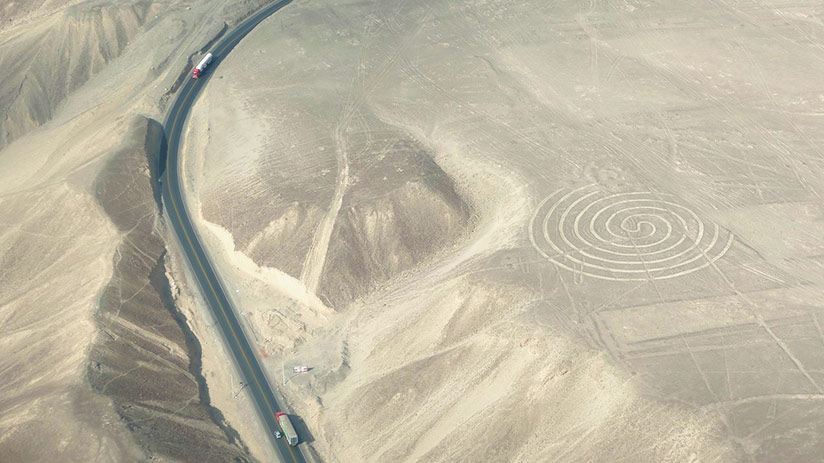 The Nazca Lines map is located primarily within the Nazca desert, in the Pampas de Jumana, between the cities of Nazca and Palpa. The lines are located within the arid Peruvian coastal plain, about 250 miles (400 kilometers) south of Lima. All the lines and different figures cover the terrain of approximately 450 square kilometers (175 square miles). It must be taken into account that the different lines and figures are practically impossible to differentiate from the ground, so it is necessary to book a flight over them. There is also a fairly inexpensive option to appreciate the lines from a lookout tower, but the truth is that the experience does not compare to flying over the Nazca Lines, and you will only be able to appreciate a glimpse of the full magnitude of these figures.

All the geoglyphs are located between the coastal deserts and the dry plateaus of Peru. To get to them you can take a bus from the city of Lima to Pisco, Ica or Nazca. The bus to Pisco from Lima takes about 4 hours. While the one that goes to Ica takes 5 hours and finally the one that takes to Nazca about 7 hours. Any of the three destinations have an airport with daily flights over the Nazca lines. So if you do not have planned to know Nazca more than its famous lines, then you can do it from these three places. In this way, you can combine your tour according to what you want to enjoy.

PURPOSE OF THE NAZCA LINES 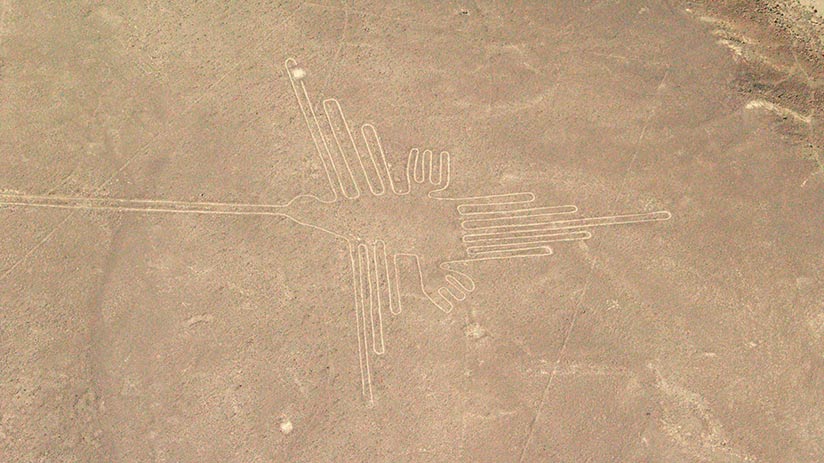 The Nazca Lines map is among the greatest enigmas of modern archeology. All due to the number of figures and lines, their size, nature, and continuity to this day. The purpose of why these lines and figures were built by the ancient culture continues to be the focus of discussion among anthropologists, archaeologists, and ethnologists. Many Nazca lines theories are surrounding the debate, some may sound far-fetched while others seem more reasonable.

Some theories suggest that these were constructed so that some deities or aliens could distinguish them from the sky. Among the most amazing theories, it is mentioned that they were built as landing strips for flying saucers. But there are also more reasonable ones that think of them as water channels or an ancient form of irrigation due to the low chances of rain that occur in the desert. So they are also believed to have been a type of astronomical calendar or pathways for religious pilgrimages. It is best to watch them and assemble your reasoning with the available evidence.

Still, how were the Nazca lines made? The lines and figures are formed by superficial cuts or depressions made in the desert floor, on an arid plateau. The width of the lines is around 40 to 210 centimeters. Don’t miss out on exploring one of the best-kept mysteries of Peru!

OLD CIVILIZATION IN THE NAZCA LINES 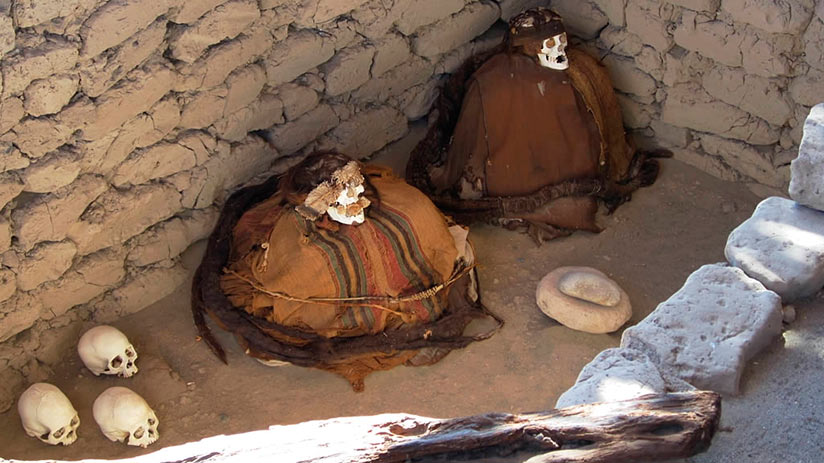 The origin of the Nazca Lines is still widely debated, but it is believed that they were made by three different pre-Inca cultures. These three civilizations came in waves, the people of Paracas being the first to start these geoglyphs. They were in charge of drawing them from 900 to 200 BC. Then the Nazca civilization followed, they settled from 200 BC until 600 A.D. Finally, the Huari people were one of the last pre-Inca cultures to settle until 630 AD. But despite the three cultures, the lines are mostly attributed to the Nazca culture.

The old Nazca society was hierarchically divided between local headquarters and regional centers. This ancient civilization developed in the current department of Ica where the Nazca Lines map is located today, between the 1st and 7th centuries. In any Nazca lines tour, they will explain how this society was known for its polychrome pottery and the well-known lines and figures found in the desert. Although the purpose of the lines is unknown, there is plenty of other evidence that shows this ancient society as quite advanced for the time. Especially with its different uses of metals, geometric studies, agriculture, and much more.

“ALL JOURNEYS HAVE SECRET DESTINATIONS OF WHICH THE TRAVELER IS UNAWARE”

Please note that no Nazca Lines map looks like the ones offered in different locations. Within the hotels, airports, and tourist agencies they will offer you different varieties and options. But despite the fact that they are all a scandal, they can help us locate ourselves within the complex map. We hope together with Machu Travel Peru to have satiated your doubts about the great Map and territory that the Nazca Lines occupy. Being able to fly over the different figures is one of the most impressive trips you can take, only there can you understand the mystery and mysticism that surround this beautiful place. If you have any kind of question about the Nazca tours you can consult free with our qualified advisers. They will be happy to help you complete the trip of your dreams.