When one thinks of Peru, they generally do not think about the grand capital of Lima. In the past, the city has had a bad review as being dangerous and dirty, but in recent years it has undergone an overhaul and now it is worth spending some time here to see the tourist attractions in Lima Peru. Lima is a fantastic mix of ancient history and modern day suburbs that make the city one of the most exciting destinations in South America.

Let us list some of the best things to see and do in Lima to give you an idea how to spend your time.

Number 1. The center of the city and the Plaza de Armas, which is the best place to start your Lima sightseeing. Here you will find the Presidential Palace, where every day at noon there is a rather special changing of the guard, complete with music. It was in this spot the Jose San Martin declared Peru´s Independence on 28 July 1821. You will also see the Archbishop´s palace and the Cathedral. Leading away from the Plaza de Armas is Jiron Union, which is a pedestrian only walkway that is full of people going about their daily life. Jiron Union is full of restaurants and shops but what is most impressive ornate Baroque La Merced Church built in the 1700´s and Casa de Aliaga one of the oldest and best-preserved mansions in South America, where you can take a guided tour but you must first make a reservation. 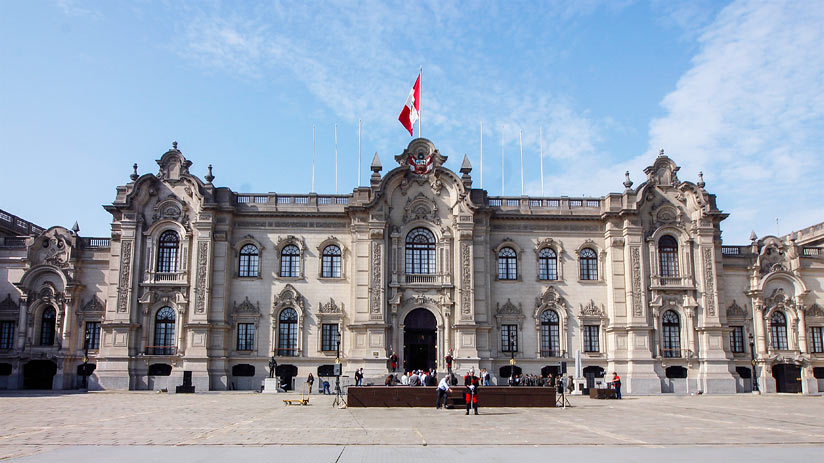 Number 2. While at the Plaza de Armes, you must visit the Cathedral, which is located on the east side of the Plaza. Built from 1535 to 1564 it was damaged by earthquakes in 1687 and 1746 but was rebuilt and is what we see today. The chapel is built in the Spanish Baroque style and features many fine examples of carved alters. Look for the chapel with the tomb of Francisco Pizarro and there is a nice tearoom in the courtyard to pass an hour. 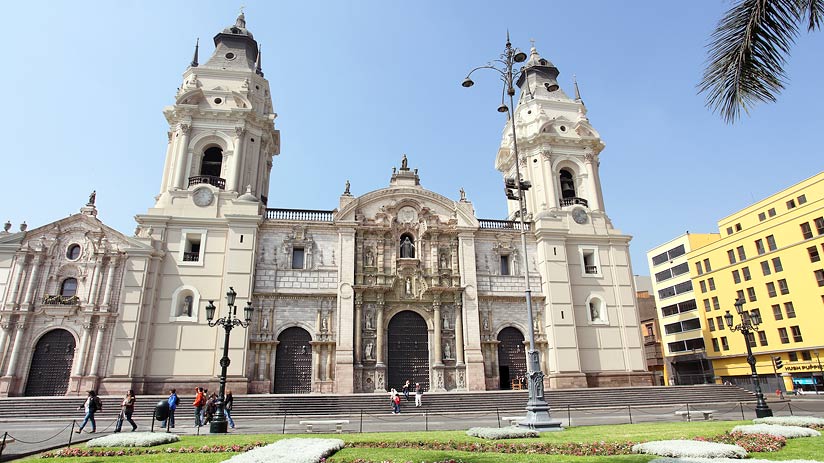 Number 3. Another tourist attraction in Lima Peru, located in the center of the city a few blocks from the Plaza is San Francisco church. The church and its monastery are most famous for their catacombs containing the bones of 10000 people buried in what was Lima´s first cemetery. If bones are not your thing, then you must visit the first floor library, which has thousands of antique books and the monastery, which has a collection of religious art. 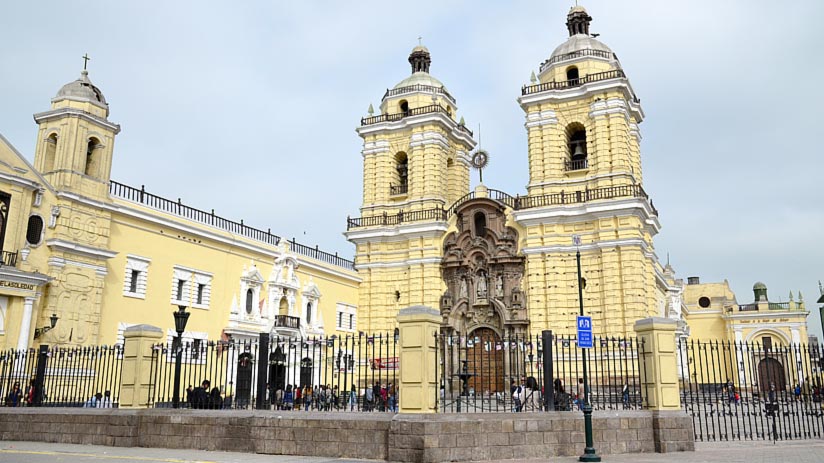 Number 4. Built by the Lima Culture between AD 200 and AD 700 the Huaca Pucllana pyramid has survived for hundreds of year and now is in the center of Miraflores surrounded by modern buildings and crazy Lima traffic. From the ancient treasures found here it is known that it was an important ceremonial and administrative center for both the Lima and Wari cultures. Take an inexpensive guided tour to learn more about Huaca Pucllana. 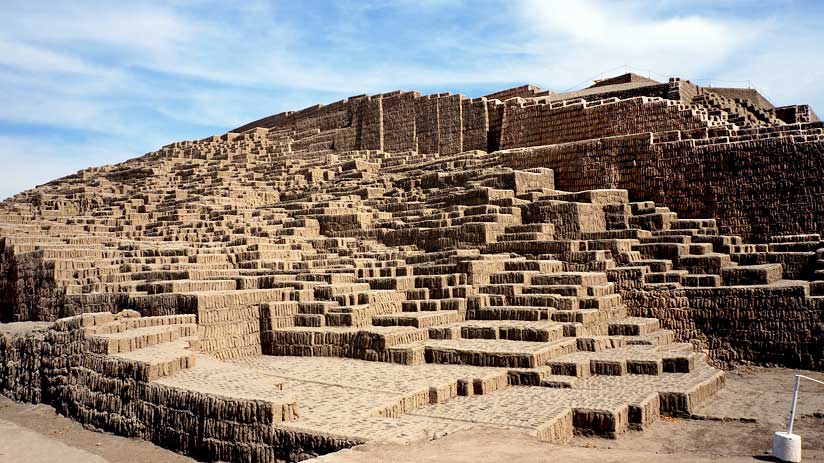 Number 5. To learn about the history of Peru and the different cultures that have lived there, visit the Larco Museum. The 18th century viceroy mansion that houses the museum collection was built on the site of a 7th century pre Columbian pyramid. The museum contains a huge collection of over 40000 pieces of Peruvian ceramics and an excellent collection of gold, textiles, stone carvings and metalwork. 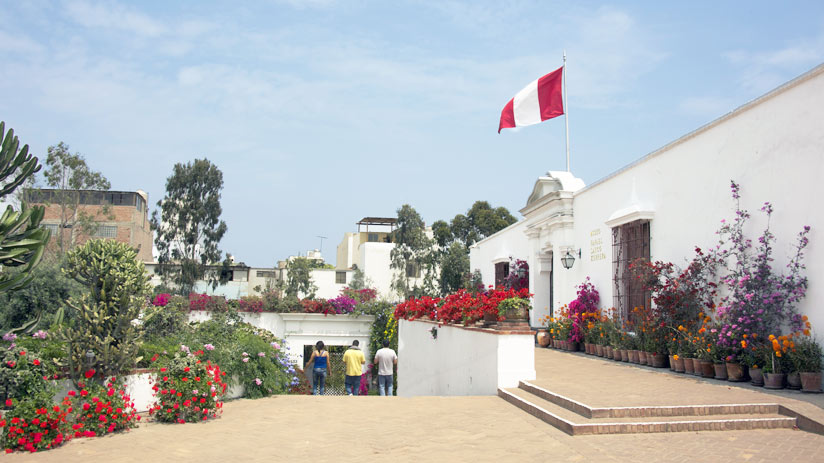 Number 6. The modern districts of Lima are a must to see, here is where you will find the wealthy people and the city changes with modern architecture. The seaside town of Miraflores is home to some of the world´s best restaurants, world famous Peruvian cuisine is on offer on most corners, so try some of the five star restaurants or some great street food. Just south of Miraflores is Barranco, which is known as the artist district of Lima. There are some funky little clubs to listen to anything from South American music to jazz clubs. Barranco also has some lovely old houses that have been converted to bars and restaurants and some feature great views of the ocean, the best place to enjoy a sunset. 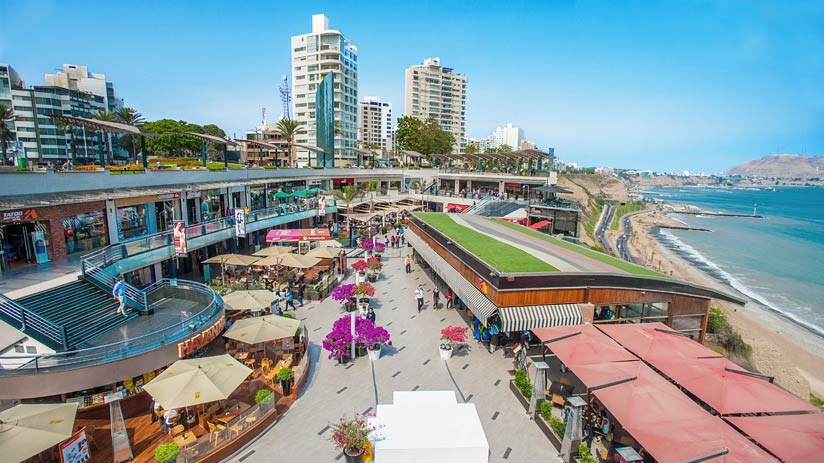 Lima has some great Luxury tours that can be enjoyed with a guide to explain to you the history of city and its colorful past. Why not try some of the best restaurants in Lima Peru. World famous Peruvian chef Gaston Aucurio has several restaurants not only in Lima but also all over Peru. He along with many other wonderful chefs have put Peruvian food on the world stage and Peru has won many international awards for its cuisine.

What is the best time to visit Lima Peru you may ask? For clear blue skies and warm sunny weather, the best time is the summer months, which are December to March. The temperatures rise and the nights are balmy and warm. The rest of the year sees a coastal fog cover the city and the skies are grey.

Whatever you do, do not miss the opportunity to visit Lima, the Capital of Peru on your next Peruvian vacation the experience will live with you forever.